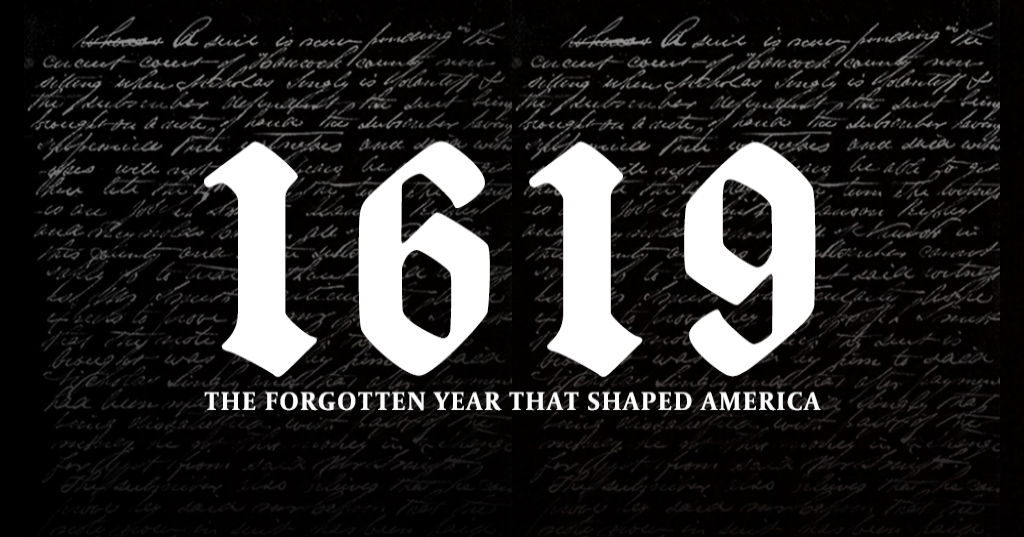 In 1619, a Portuguese slave ship bound for Mexico was filled with kidnapped people from what is present-day Angola. The ship was intercepted and captured by English pirates who sailed the ship to Point Comfort in Virginia. There, around August 20, it was recorded that “20 and odd Negros” were traded as slaves in exchange for food by the English occupiers.

Though little is known about the individuals who landed on that August day, we do know some of the English names they were given; Anthony, Isabela, and Angela. We will never know their real names given to them by their families in Africa.

Some historians say the Transatlantic Slave Trade began as early as the 15th century. Laws explicitly codifying the chattel slavery of African people wouldn’t be fully enacted until the late 1600s. Still, 1619 remains representative of the long history of institutionalized slavery in America. It set the course for what slavery would become in the United States. Most Americans are only taught a small fraction of the history of slavery and its vast consequences. Think back to when you were in grade school. How many days each year were spent discussing slavery? How much time was spent talking about the aftermath of slavery and its ongoing ramifications?

According to a study conducted by the Southern Poverty Law Center’s Teaching Hard History, opens a new window advisory board, of the 12 most popular history textbooks taught in schools, the best of them only included 20 pages on slavery out of 800. This was usually to contextualize the Civil War, which began 242 years after the first documented enslavement of Africans in what would become the United States.

“If you want to understand the brutality of American capitalism, you have to start on the plantation,” notes Matthew Desmond in his article for The New York Times' expansive 1619 Project , opens a new windowthat launched earlier this month. “No aspect of the country that would be formed here has been untouched by the years of slavery that followed” reads part of the header on the Project’s homepage. The legacy of slavery and its racism reverberates into nearly every aspect of racialized systemic oppression found in our society today, from housing to education and beyond.

“Our democracy’s founding ideals were false when they were written, but Black American’s have fought to make them true,” said New York Times journalist Nikole Hannah-Jones in one of her articles for the1619 Project, opens a new window.

Through unspeakable darkness, African Americans have consistently found ways to create light. Through them comes an outpouring of creation, culture, cuisine, music, art, resistance, and activism, necessitated by and created in spite of the legacy of slavery. They are the driving pulse in much of today’s popular culture and key fighters in continuing to hold America accountable for its proclaimed ideals.

This month marks, as author Ibram X. Kendi puts it in his piece for The Atlantic, opens a new window, “The 400th year of African American struggle to survive and be free of racism.”  It is important to mark this date because of how much the past informs the present.

We’ve curated a list of books and videos to help explore not just the specific moment in history marked by 1619, but also to understand the larger context of centuries of slavery, its stain on human history, and how its legacy still impacts people today. 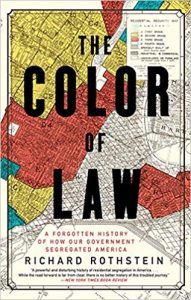 The Color of Law: A Forgotten History of How Our Government Segregated America , opens a new window
Book
This powerful and disturbing history exposes how American governments deliberately imposed racial segregation on metropolitan areas nationwide. This book is widely heralded as a "masterful" and "essential" history of the modern American metropolis. 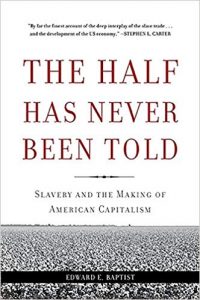 The Half Has Never Been Told: Slavery and the Making of American Capitalism, opens a new window
Book
A groundbreaking, must-read history demonstrating that America's economic supremacy was built on the backs of slaves. Told through intimate slave narratives, plantation records, newspapers, and more, the book offers a radical new interpretation of American history. 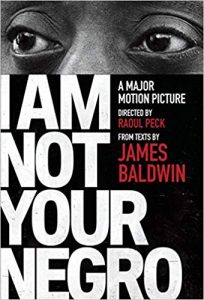 I Am Not Your Negro, opens a new window
Documentary
This Oscar-nominated documentary explores that continued peril America faces from institutionalized racism through the reenvisioning of a book James Baldwin never completed. It is a journey through Black history that connects the pasts of the Civil Rights Movement to the present of #BlackLivesMatter. 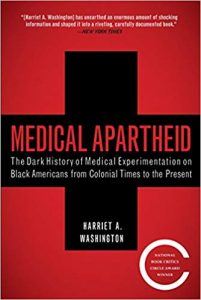 Medical Apartheid: The Dark History of Medical Experimentation on Black Americans from Colonial Times to the Present, opens a new window
Book
From the era of slavery to the present day, this is the first full history of Black America's shocking mistreatment as unwilling and unwitting experimental subjects at the hands of the medical establishment. 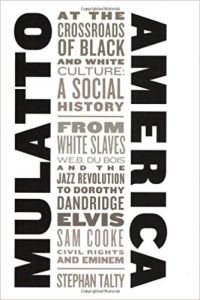 Mulatto America: At the Crossroads of Black and White Culture: A Social History, opens a new window
Book
Mulatto America vividly chronicles the hidden connections that have shaped American style and character. Stephan Talty proposes that, along with the hatred that ruled the relationship between Blacks and whites for so long, there has been a largely unexamined flip side. 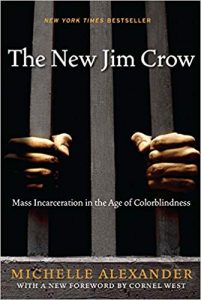 The New Jim Crow
Book
With dazzling candor, legal scholar Michelle Alexander argues that "we have not ended racial caste in America; we have merely redesigned it." By targeting Black men through the War on Drugs and decimating communities of color, the U.S. criminal justice system functions as a contemporary system of racial control. 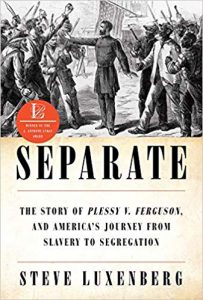 Separate: The Story of Plessy v. Ferguson and America's Journey from Slavery to Segregation, opens a new window
Book
A myth-shattering narrative of how a nation embraced "separation" and its pernicious consequences. Separate spans a striking range of characters and landscapes, bound together by the defining issue of their time and ours--race and equality. 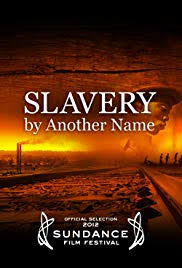 Slavery by Another Name , opens a new window
Documentary
A 90-minute documentary that challenges one of Americans' most cherished assumptions: that slavery in this country ended with the Emancipation Proclamation. The film tells how new systems of involuntary servitude took its place with shocking force and brutality. 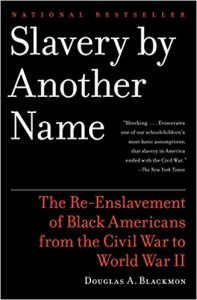 Slavery By Another Name: The Re-enslavement of Black Americans from the Civil War to World War II, opens a new window
Book
A Pulitzer Prize-winning account of the "Age of Neoslavery," the American period following the Emancipation Proclamation in which convicts, mostly Black men, were "leased" through forced labor camps operated by state and federal governments. 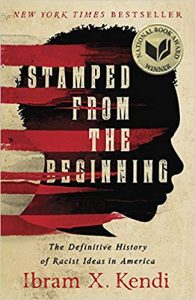 Stamped from the Beginning: The Definitive History of Racist Ideas in America, opens a new window
Book
The National Book Award-winning history of how racist ideas were created, spread, and deeply rooted in American society. Some Americans insist that we're living in a post-racial society. But racist thought is not just alive and well in America--it is more insidious than ever. 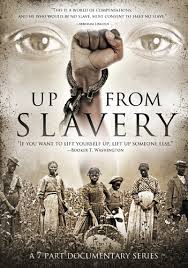 Up From Slavery, opens a new window
Documentary Series
A compelling and haunting 7-part documentary series that examines the history of slavery in America, from the arrival of the first African slaves through Nat Turner's Rebellion to the Civil War and beyond.