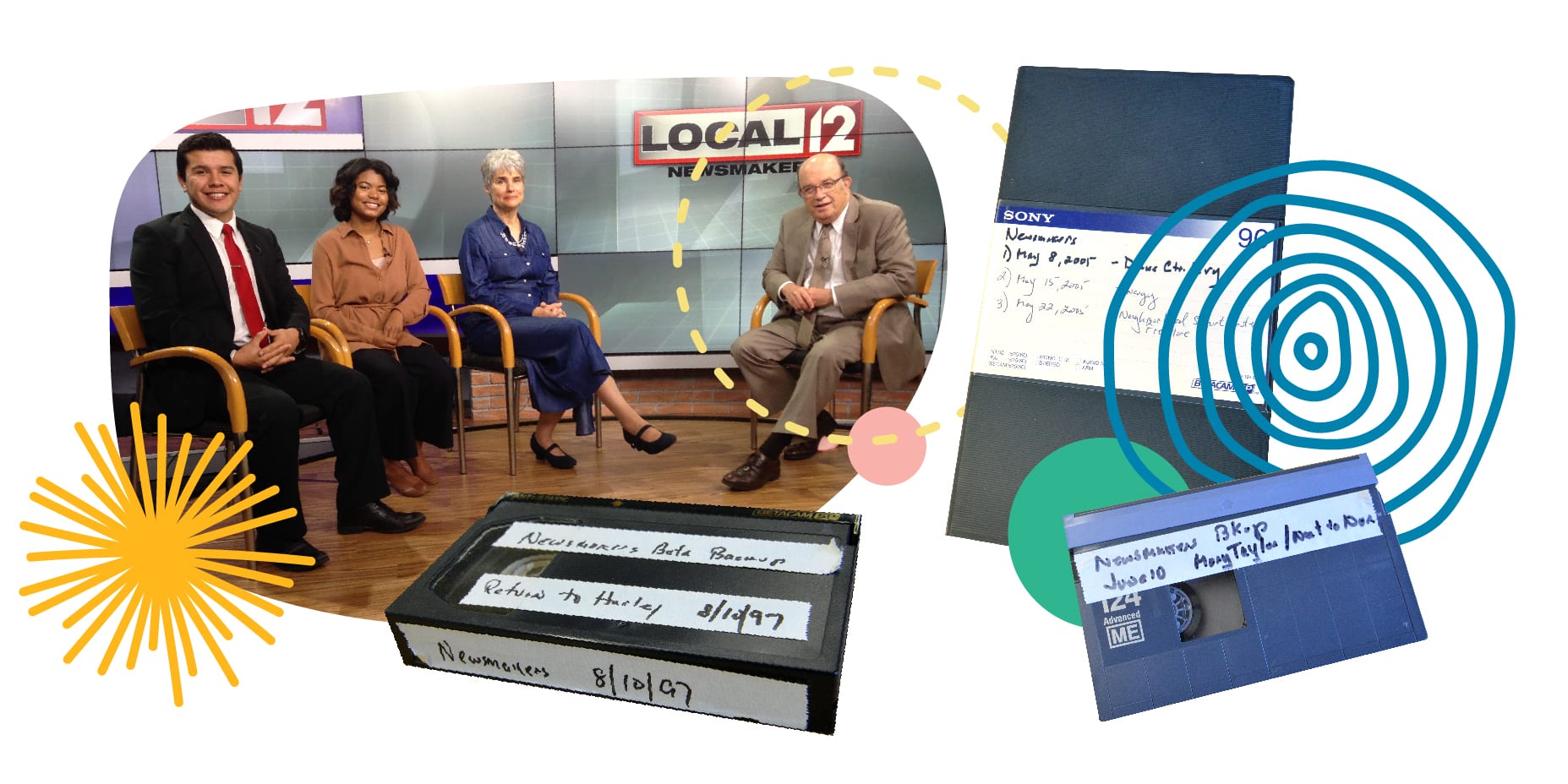 From 1997 to 2017, Cincinnatians tuning in to Local 12 WKRC-TV each week saw the familiar face of local historian and seasoned host Dan Hurley on the set of “Local 12 Newsmakers.” Speaking with a panel of guests discussing important issues and news happening in the community, Hurley informed citizens and gave a platform for new ideas to be shared in a space built for thoughtful dialogue, not ten second soundbites.

Thanks to a generous grant from The Murray & Agnes Seasongood Good Government Foundation as well as a Metadata Mini-Grant from the federal Institute of Museum and Library Services (IMLS), awarded by the State Library of Ohio, full, unedited episodes of “Local 12 Newsmakers” from 1997 through 2017 will be digitized and made available to customers on the Library’s YouTube channel, opens a new window. This new initiative, called Cincinnati Stories: Increasing Civic Awareness, will create an engaging and informative virtual experience customers can use to become better informed of the local civic landscape. 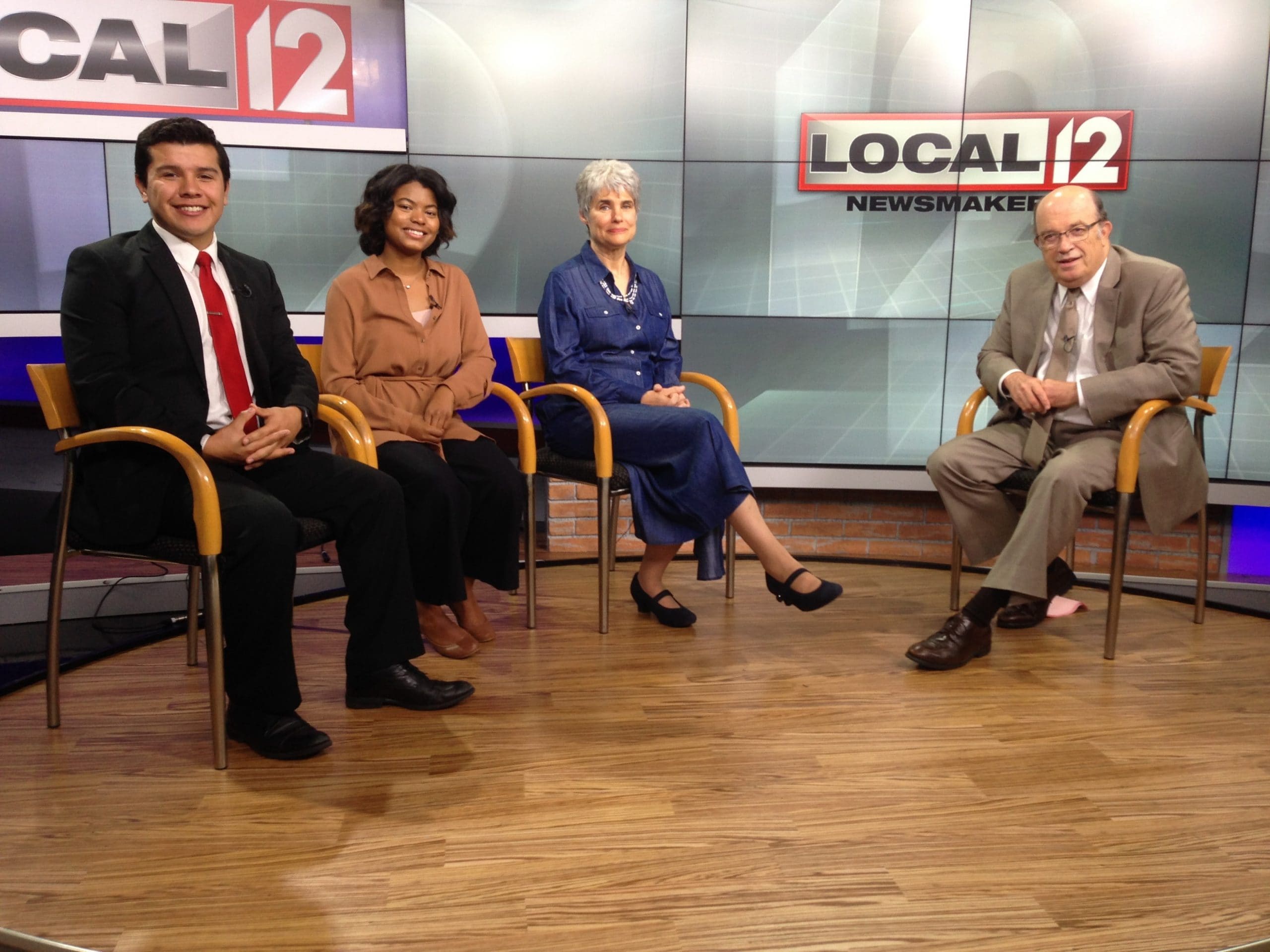 “Local 12 Newsmakers” is considered one of the best video representations of local news and events as seen, understood, and experienced by the newsmakers themselves. Through his weekly, long form interviews, Dan Hurley had a unique way of getting at the heart of an issue.

"One of the most important services of Newsmakers was to invite candidates for public office to sit together during election cycles and talk about their approaches in an informal forum." 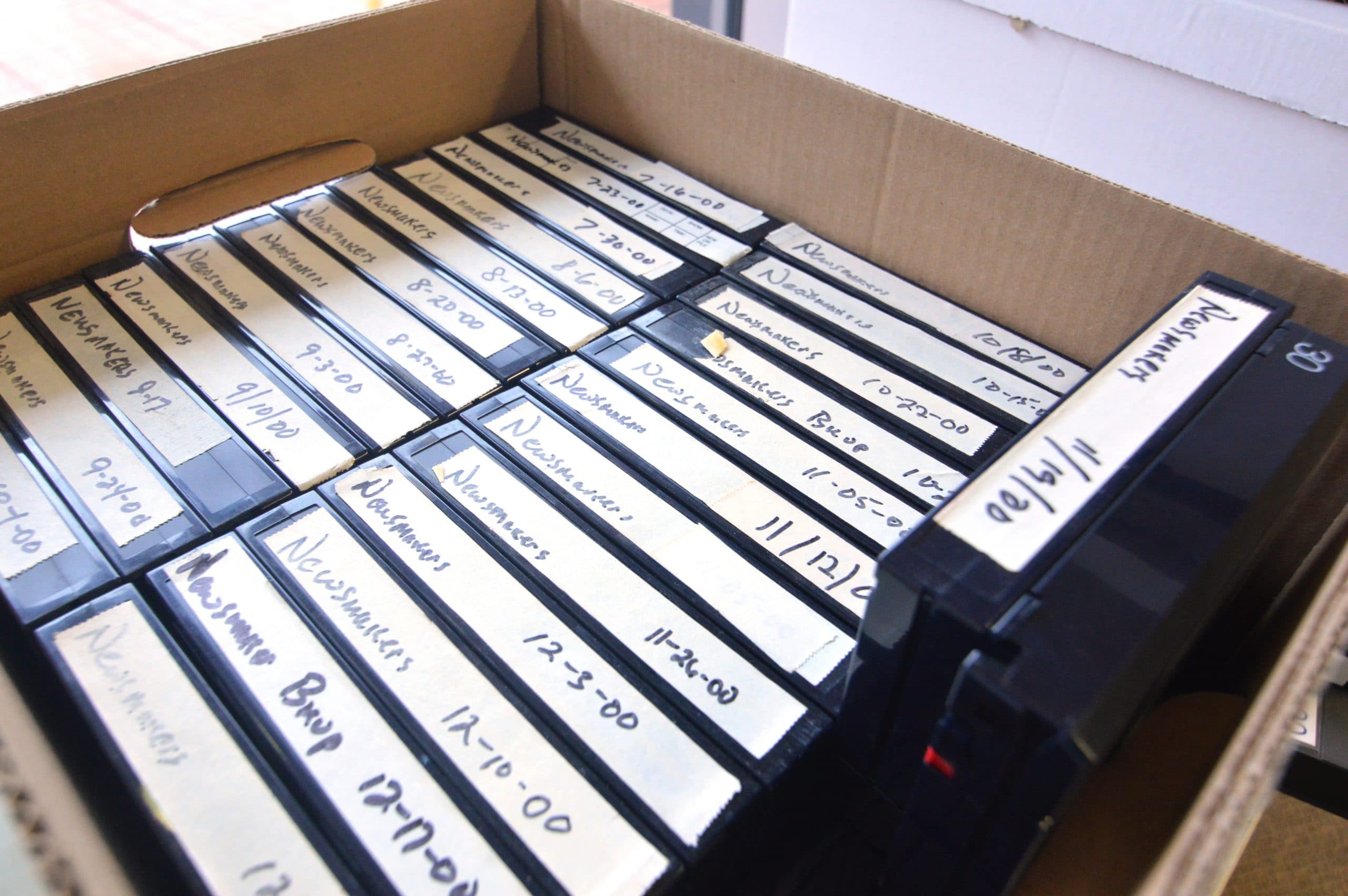 The creation of Cincinnati Stories: Increasing Civic Awareness is currently underway with the Library’s Genealogy & Local History team digitizing a collection of 399 videotapes consisting of unedited interviews of show participants from 1997 through 2017.

They will index and digitize the contents of this collection and make it available in the Digital Library and the Library’s YouTube channel, opens a new window for users today and in perpetuity. In the Digital Library the collection will feature multiple topics under the broad subject umbrellas of Government and Charter Reform, Community Relations and Public Safety, and Voter Access and Engagement.

Funding from these two grants will support the digitization of the videotapes and create a new online exhibit experience where customers can explore a series of curated online exhibits of primary source materials, “Local 12 Newsmakers” episodes and segments, as well as trusted information from third-party organizations that provide various perspectives and information about the subjects.

Three exhibits are currently planned to be made available as part of Cincinnati Stories: Increasing Civic Awareness:

Cincinnati Stories: Increasing Civic Awareness is planned to be completed in September 2022. Visit the Digital Library, opens a new window to explore current collections including rare print materials, especially those of local significance.