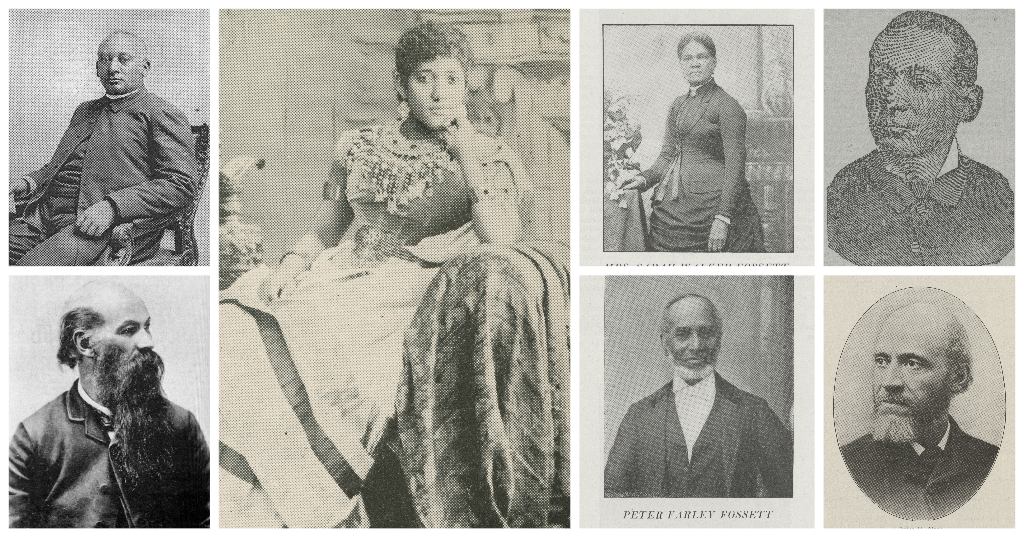 Did you know Marie Selika Williams, or “Madame Selika” as she was known, was the most recognized and lauded African American woman singer of the late 19th century? She received her musical training in Cincinnati after she moved to the city as a young girl. She was the first African American individual to perform at the White House on November 13, 1878, when she performed for an audience that included Rutherford B. Hayes and his wife. Her captivating performance included Verdi’s “Ernani, involami,” Thomas Moore’s “The Last Rose of Summer,” Harrison Millard’s “Ave Maria,” and Richard Mulder’s “Staccato Polka.”

Madame Selika is just one example of a lesser-known African American Cincinnatian of the 19th century. She and others like her were the inspiration for a display featured in the Atrium at the Downtown Main Library through February 29th. This display hopes to celebrate Black History Month by introducing important figures of the 19th century that are sometimes overlooked. Each person on display played a role in shaping not only our city, but also our country.

Here are just a few examples of 19th century Black Cincinnatians we should all know:

Reverend Benjamin W. Arnett is most noted for his achievements in the Ohio state legislature where he was instrumental in repealing Ohio’s Black Laws in 1887, which led to the desegregation of schools in Ohio. He lived in Cincinnati in the 1870s and 1880s and was pastor of the Allen Temple AME Church. He published a history of the Allen Temple in 1874 for their 50th Anniversary.

Peter H. Clark was a well-known abolitionist, author, orator, and educator. He is the author of the first account of the Black Brigade. In 1849, largely due to the efforts of Clark’s uncle John I. Gaines, “colored” schools were authorized by the Ohio state legislature. Peter H. Clark became the first teacher of this school in Cincinnati. Later, he became the principal of Gaines High School and trained numerous other African American teachers. After his career in education, Clark had a storied political career which saw him recognized as the first African American socialist to run for Congress in the United States. He is the namesake of the Clark Montessori school in Hyde Park.

James Presley Ball was a prominent photographer, businessmen, and activist known internationally for his Daguerreotype photography. At one time, J.P. Ball’s studio “Ball's Great Daguerreian Gallery of the West," was one of the most well-known and respected galleries in the United States. He was reported to have taken portraits of some of the most known figures of his time including Frederick Douglass, Queen Victoria, and Charles Dickens.

Peter and Sarah Fossett were well-known abolitionists who assisted hundreds of enslaved people in escaping to freedom by way of Cincinnati on the Underground Railroad. They were also co-founders of the First Baptist Church of Cumminsville. Peter Farley Fossett was a formerly enslaved by Thomas Jefferson. After his family was able to buy his freedom, Fossett became an entrepreneur, pastor and was part of the Black Brigade. Sarah Mayrant Fossett was known as a hairdresser to the rich. In May of 1859, Sarah boarded a streetcar, but the conductor refused to allow her to ride. After she was forcibly removed from the streetcar, Sarah Fossett sued the streetcar company and won. Because of her case, African American women were permitted to ride the streetcar.

Visit the Downtown Main Library to see some of these notable Cincinnatians on display in the Atrium through the end of February. You can also learn more from the African American Society Columns, opens a new window found in our Digital Library.