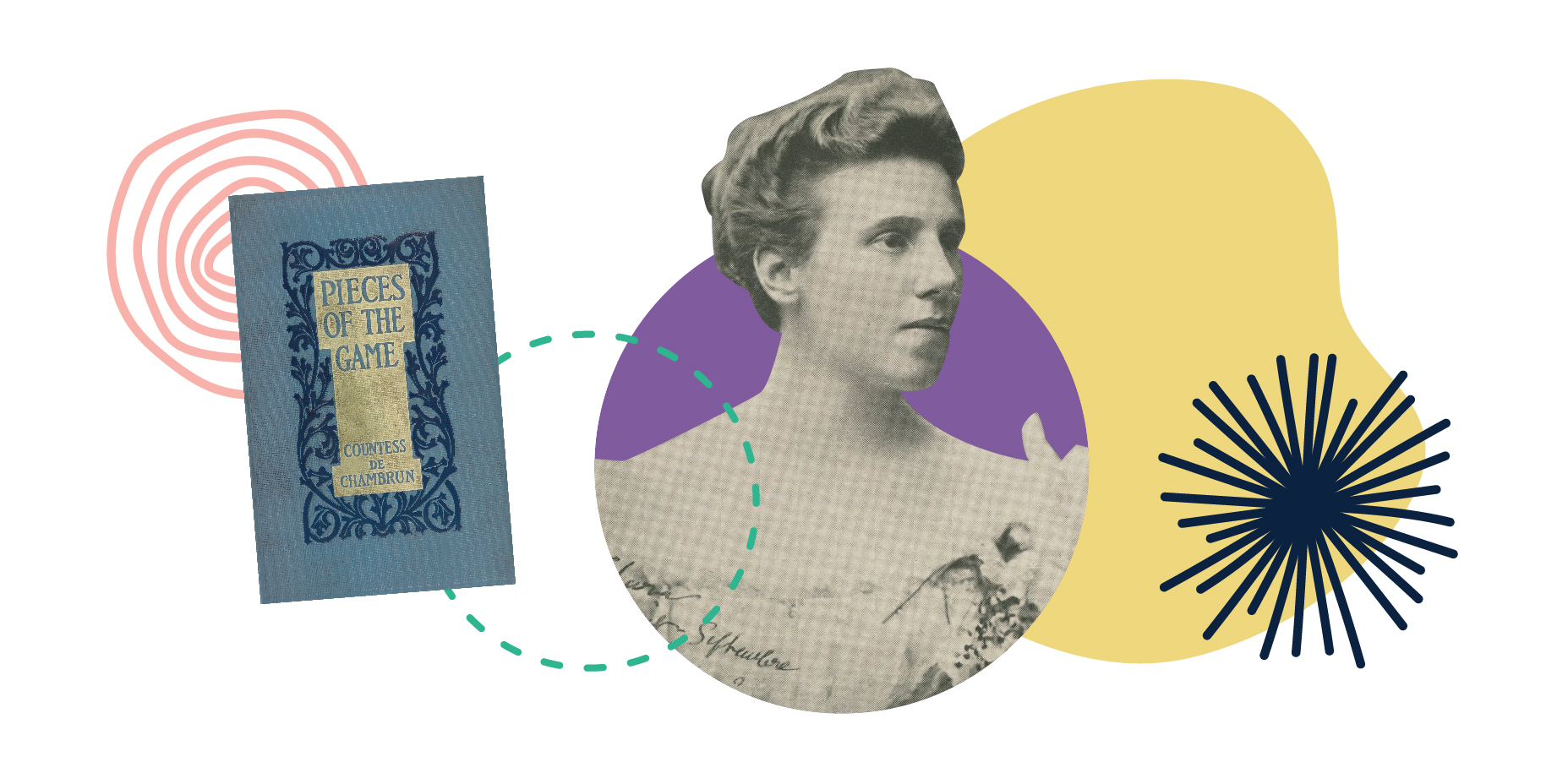 This Women’s History Month, we're taking a look at the woman who was born into the prominent Cincinnati Longworth family: Clara Longworth de Chambrun. While her father and brother dealt in politics, Clara paved her own way, achieved her doctorate, became a respected and recognized published writer, and was the director of the American Library in Paris during Germany’s occupation of France in World War II.

Shakespeare scholar, writer, and patron of the arts. Clara Eleanor Longworth was born into the prominent Cincinnati family in 1873. Her mother was Alice Walker and her father was Nicholas Longworth II, a graduate from Harvard and eventual Ohio Supreme Court judge. Clara’s aunt was Maria Longworth Storer, the founder of Rookwood Pottery and the first woman in the United States to operate a manufacturing company. Clara’s brother Nicholas III grew up to become an Ohio congressman and went on to become speaker of the United States House of Representatives by 1925. Clara grew up with her brother Nicholas on the Rookwood family estate in Mount Adams.

Paving Her Own Way

Following her daughter’s death in 1921, Clara earned her doctorate from the University of Paris, also known as the Sorbonne, when she was 48 years old. Clara began publishing her work and was a founding member of the American Library in Paris at the end of World War I. She served as a trustee from 1921 to 1924 before becoming the director.

When WWII and the occupation of France threatened to close the library, Clara was able to keep it open due to her son René’s marriage to Josée Laval, the daughter of French Premier Pierre Laval. After the liberation of France in 1944, ties to Laval became dangerous and Countess de Chambrun stepped down from her position as director. Pierre Laval was later executed for allegedly collaborating with the enemy.

Clara’s work spanned decades. She wrote her autobiography, a biography about her brother Nicholas, various works of fiction, and a Bordin Prize for her work on Shakespeare, which she wrote in French. Clara died at the age of 80 in Paris in 1954.

To see some of Clara Longworth de Chambrun’s published work or images from her childhood home, Rookwood, check out our Digital Library!