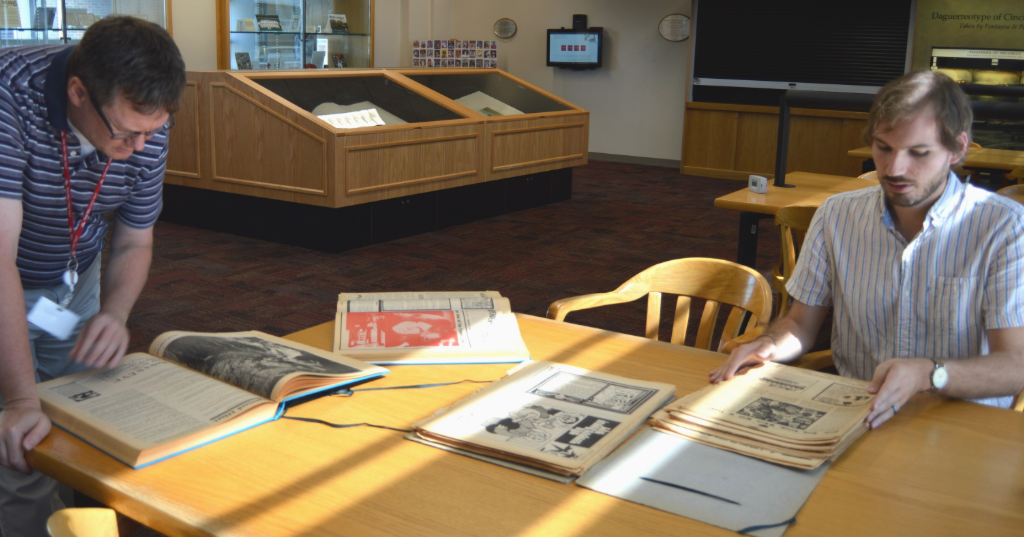 Last November, Library customer Mark Neeley was reading the book Free Press, opens a new window by Jean-François Bizot about underground newspapers published in the late 1960s. While looking through a list of publications in the book, Neeley noticed that one of them, Independent Eye, was published in Cincinnati. This unexpected piece of information sparked his curiosity and led him to the Downtown Main Library.

“One Saturday I went and requested to see the collection in the rare book room (Cincinnati Room), and I was completely blown away,” said Neeley. “I was immediately taken by the artwork and design, the progressive nature of the content, and was fascinated in seeing the counterculture movement of the late ’60s and early ’70s through a local lens.”

When Neeley returned the papers to be re-shelved in the archives, the Reference Librarian at the desk, Brian Powers, asked what his interest was in them. After talking with Neeley, Powers put him in contact with Jim Tarbell, former Cincinnati city council member and vice-mayor, who in turn put Neeley in touch with one of the original publishers, Ellen Bierhorst, who still lives in the Clifton house that was the paper’s headquarters. 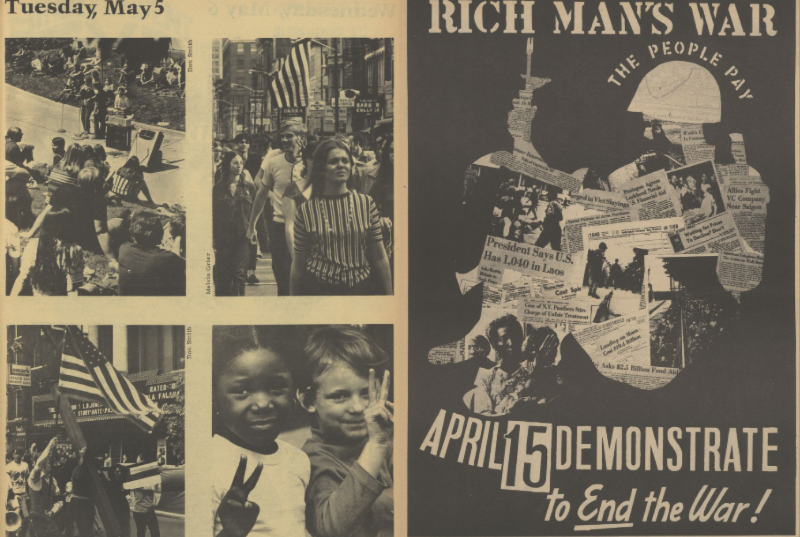 “She was very kind, answering all of my questions about the paper's history and sharing personal stories about what it was like to publish such a radical paper in Cincinnati at that time,” said Neeley.

With Bierhorst's permission, the Library has digitized the entire collection of the Independent Eye. Bound copies can also be found in the Cincinnati Room at the Downtown Main Library.

According to the Independent Eye’s Wikipedia entry:

The Independent Eye was founded in Yellow Springs, Ohio in February, 1968, by Alex Varonne with help from his wife, Jennifer Koster Varonne.

The main purpose of the newspaper was to oppose the Vietnam War. The first four monthly issues were mimeographed pamphlets, and in June 1968 it became a broadsheet. Headquarters moved to Cincinnati in January 1969. First a monthly, later a biweekly, eventually a monthly (following an arson fire on Labor Day, 1970), it carried news of the war and of the war resistance movement. There were also some stories about the people and events of Cincinnati and the surrounding area. 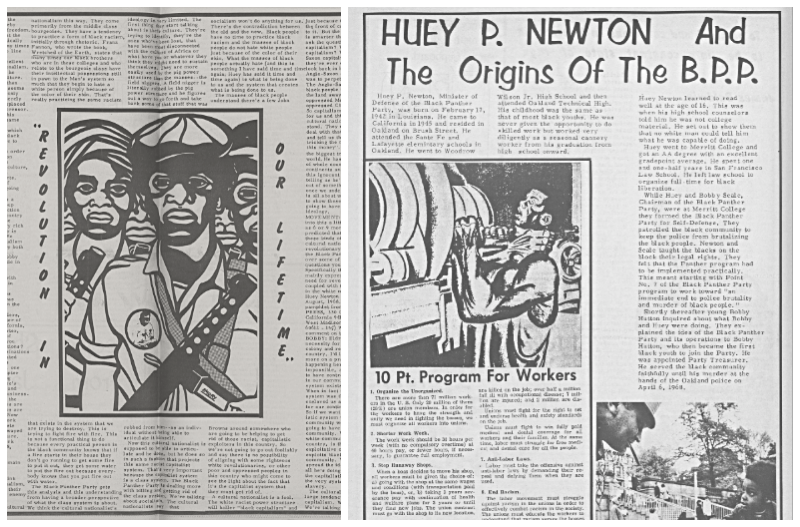 During the heyday of the Eye, leadership duties were shared by Alex Varrone, Jennifer Varrone, Monty Sher and Ellen Bierhorst Sher. Alex was founding editor and business manager; Monty helped with initial community organizing support; Ellen managed the makeup and layout team out of the Sher's home in Clifton, the Lloyd House; and Frankie Gerson, the future founder of Cincinnati's FreeStore, was the star newspaper peddler, selling more copies than anyone else on the downtown streets. The paper also featured cartoon art by Ted Richards.

The staff eventually split and several members formed the Queen City Express, a newspaper that focused on younger readers. The schism in the staff had to do with the issue of violence in the peace movement.

The paper then moved to an apartment on Vine Street just south of McMillan. After the Shers and, later, the Varonnes had withdrawn, Michael Wood (brother of Northside Community leaders Maureen and Peggy Wood) took over leadership in the 1970s. Regular publication halted in 1974-1975. 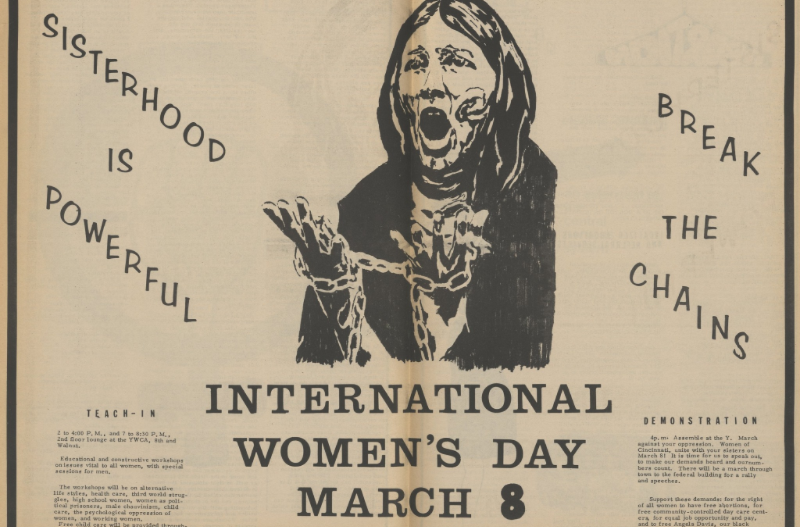 Neeley worked with Reference Librarian Chris Smith to plan a discussion panel around the Independent Eye at 7 p.m. Wednesday, November 13, at the Downtown Main Library. Smith and Neeley are talking about the Independent Eye and its place in local and national history from the politics of the time to the musical acts coming through town. Also on the panel are Bierhorst and Tarbell.

“The artwork and concert advertisements are what caught the eye of many who read the paper during its publication,” said Smith. “I hope that the people who attend the event leave with a better understanding of the city and all the great things that were happening in Cincinnati at that time.”

For more information, call the Genealogy & Local History Department at 513-369-6909. You can read all of the digitized issues of the Independent Eye currently in our collection by visiting the Digital Library.