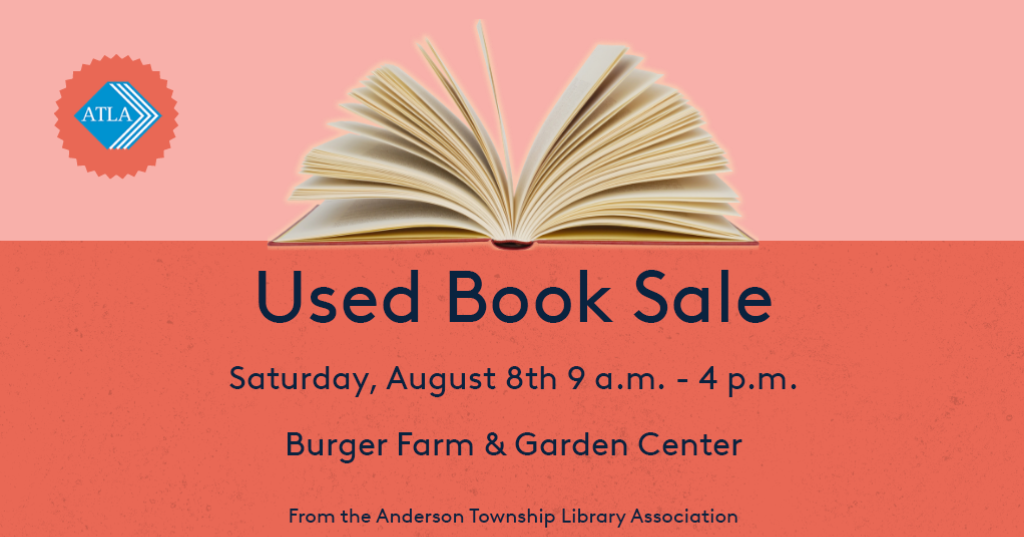 Forty years! This year marks the 40th anniversary of the first book sale held by the Anderson Library Committee (now known as the Anderson Township Library Association) to raise funds in support of a new Library branch.

In the mid-1970s, a small group of Library users and parents wrote to the Public Library of Cincinnati and Hamilton County asking that a new branch be built in Anderson Township. The population was rapidly growing, and the excellent Mt. Washington Branch was one of the busiest in the Library system. The Mt. Washington Branch is small and landlocked, and it wasn’t big enough to serve the residents of nearby Anderson Township.

Eventually, the Library purchased land at the corner of State and Five Mile roads, but funding hit a snag with some changes in government and residents of the area were asked to help by raising money to be used for landscaping, some furnishings, and books. 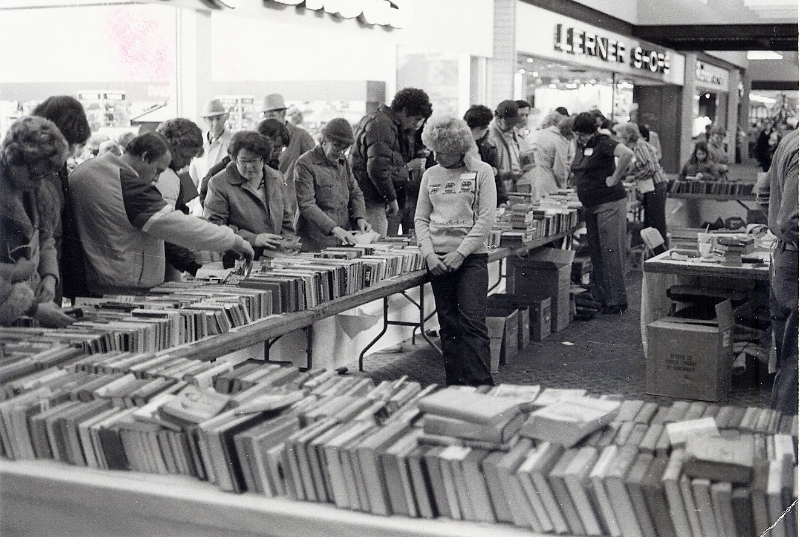 The committee went to work! The Anderson Library Committee (ALC) formed in 1979, from a group of volunteers on the Community Advisory Council at Ayer Elementary School. Headed by State Representative John O’Brien, they wrote letters to State Legislators, County Commissioners, and Anderson Township administrators. Local businesses were asked for help.

Following the grand old tradition of “let’s put on a show,” the ALC decided to hold a used book sale. The first book sale to raise funds would be held at Beechmont Mall in October 1980, with another sale in early 1981. Letters were sent to businesses, schools, churches, asking for used books and monetary donations. Donation barrels were set up at the mall, at the Ohio License Bureau, and other spots; book donations also came from committee members’ own collections.

And the donations came in, including a donation of $7.65 from some fourth-grade students at Summit School. According to an April 17, 1980, Cincinnati Post article, class president Pete Sweeney wrote in a letter, “We are anxious for the Anderson Library to open because we are nuts about books.” 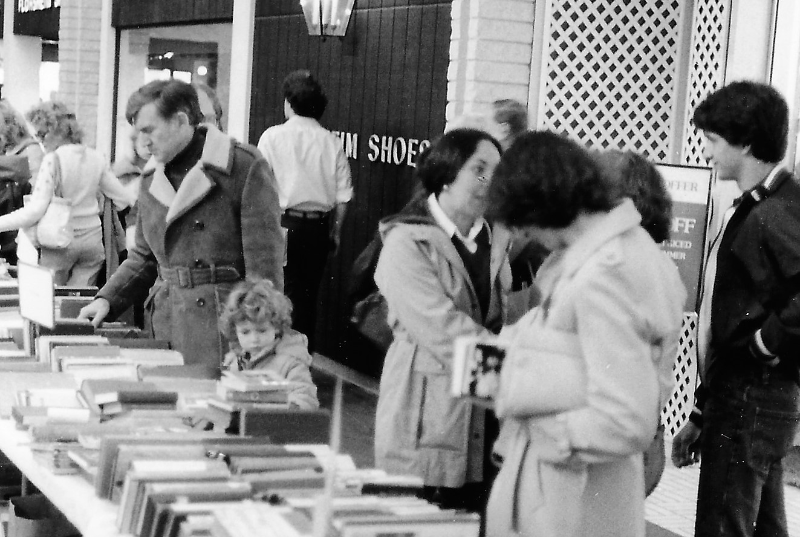 Another way the ALC members raised money for several years was to offer free gift-wrapping during the holidays at the B. Dalton Bookstore in Beechmont Mall. In turn, the bookstore donated 10 percent of book sales that day back to the Anderson and Mt. Washington branches.

The Anderson Library Committee’s first sale at the mall was one day and the books filled three card tables. Eager shoppers took home bags of books and $1,024 was raised. The group was on its way.

Now, it’s 40 years later. We have a different name but our original purpose remains. Plus, now we hold two sales a year: a summer one and one right before the holidays. In 2019, we raised $27,500 at these sales for the two branches to use towards programming, books, and furnishings.

Our regular summer sale had to be postponed due to COVID-19. We’re holding a one-day sale at Burger Farm and Garden Center in Newtown to satisfy our customers and to continue our promise of Library support. It takes place from 9 a.m.-4 p.m. Saturday, Aug. 8. We hope to see you there!