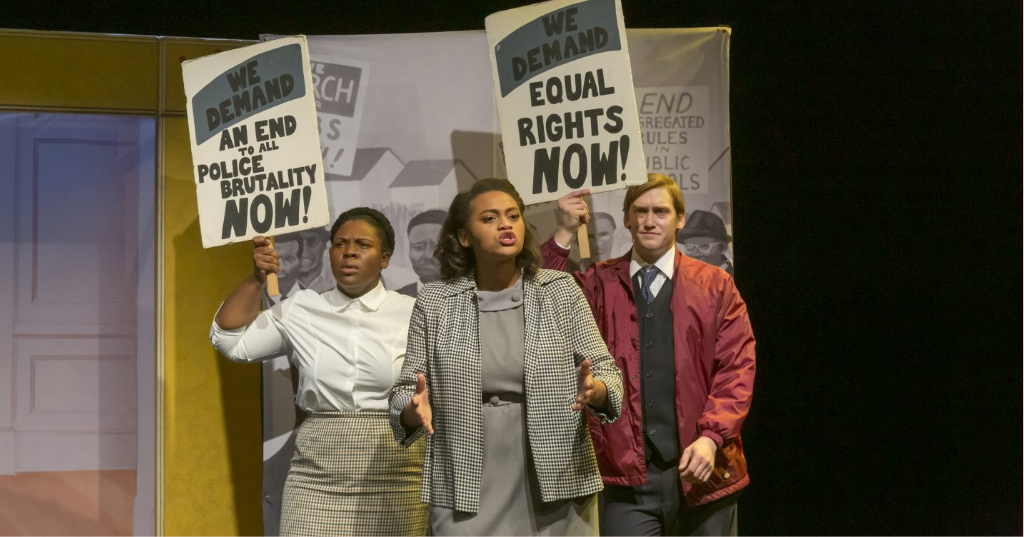 Most people recognize Coretta Scott King as Dr. Martin Luther King Jr.’s wife, the “First Lady” of the Civil Rights Movement, knowing little about her beyond that role. But she was so much more. She was an activist, a talented singer, an author, and an independent woman in her own right.

Now, families of all ages are welcomed to meet Coretta Scott King is a new show put on by The Children’s Theater of Cincinnati’s TCT on Tour, opens a new window. Written by Mary Tensing and Directed by Deondra Kamau Means, the production stars Whitney Daniels as Coretta Scott King and features co-stars Lashondra Hood, Chris Logan Carter, and James Stringer Jr.

Born in Marion, Alabama in 1927, Coretta Scott King triumphed over adversity in the segregated and violent south, growing up to attend Antioch College in Yellow Springs, Ohio and later winning a scholarship to attend the New England Conservatory of Music in Boston, the city where she would meet Martin Luther King Jr. 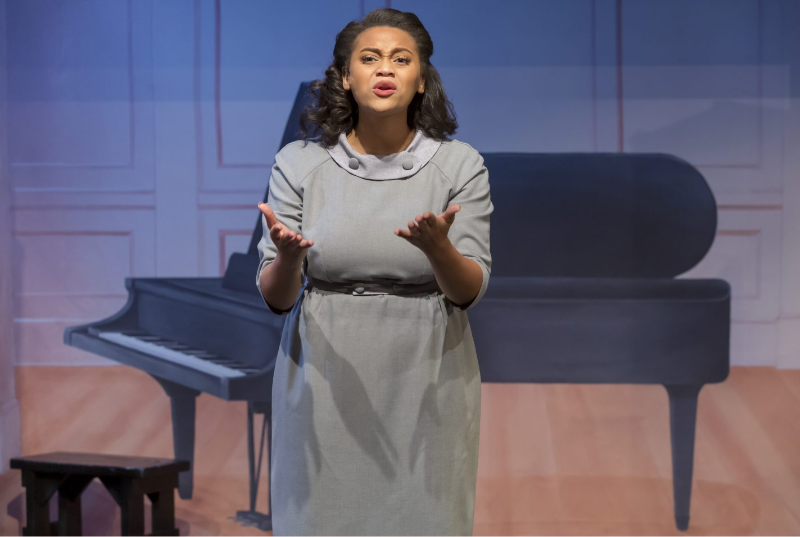 She played a major role in the Civil Rights Movement, pushing her husband to take a stand on issues like the Vietnam War, helping him with speeches, performing at rallies, and being an active member of the movement in her own right, all while raising four children. In the years after Dr. King’s assignation, she founded the King Center for Nonviolent Social Change, spearheaded the initiative to make Martin Luther King Jr.’s birthday a national holiday, protested against apartheid in South Africa, supported LGBTQ+ rights, and advocated for world peace. Her story and legacy continue to be an inspiration that the TCT on Tour hopes to bring to elementary school children, teens, and their families.

“Everyone is familiar with the story of Martin Luther King Jr. who I play in the show,” said actor James Stringer Jr. in a recent interview for The Children’s Theater of Cincinnati’s podcast, opens a new window “Audio Footlights”. “Not as many out there know about his wife Coretta Scott King and the role she played on her own in advancing the Civil Rights Movement.”

One of the things that struck Whitney Daniels when she took on the role as Coretta Scott King was that “usually people associate women in that time period as just caretakers and that they are just usually home while the husband is away, and yes, Coretta did that, but she was also an example of many, many women who were also super intelligent. She was able to actually go back and forth with Martin and help him with his speeches as well as use her musical talents to help in the concerts for the Civil Rights Movement. I think it’s awesome that she had so many things she was capable of doing.”

Daniels hopes that the show will have an important impact on the audiences who see it. “Hopefully people will see that even though this happened decades ago, there are still so many things, so many similar things happening today like this,” she said on the podcast. “I hope that if we realize if we work together we can all have that common goal of just wanting to make the world a better place.” 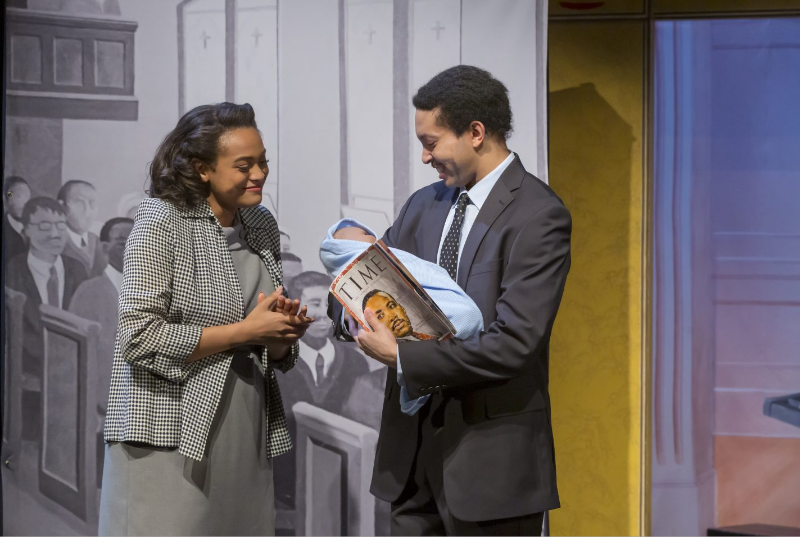 It’s clear from the question and answer sessions that happen after the show that an impact is exactly what’s being made. “It’s fascinating to see what’s stuck with the kids after the show,” said Daniels. “Especially these historical shows we have a lot of information that we are giving to them and you have to ask yourself ‘did they actually get something from this?’ […] It’s surprising to know that they ask us sometimes really deep questions about […] the rights of women and men or the differences of how things were back then to now. I think it’s great to know that we are making an impact on them.”

The TCT on Tour’s performances of Coretta Scott King is made possible by the Friends of the Public Library of Cincinnati and Hamilton County, opens a new window. Free performances take place from 2-3 p.m. on Saturday, February 15 at the North Central Branch Library and Monday, February 17 at the Downtown Main Library.