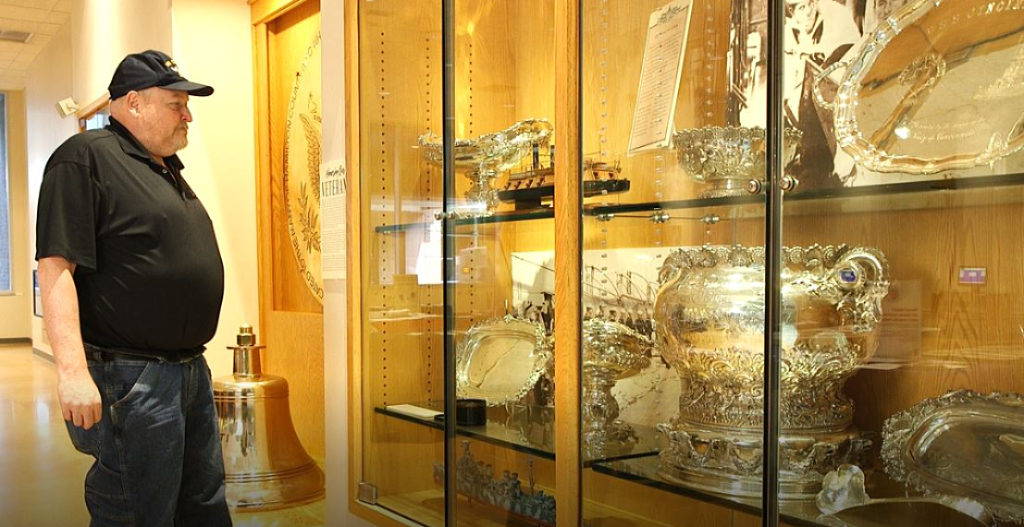 Cincinnati has many hometown heroes. But there’s one you may not have heard of before—the USS Cincinnati. Since 1862, five military vessels bearing the Queen City's namesake sailed everywhere from river ways to the high seas.

Tucked away on the first floor of the South Building in the Downtown Main Library is a permanent exhibit of photographs and artifacts from USS Cincinnati vessels of the past. We recently sat down with Navy veteran Scott Lucas who served on the USS Cincinnati SSN-693 submarine from 1987 to 1990. He was born on the Westside, where he still lives today. He was kind enough to share some of his experiences being a Naval crewmember.

“I enlisted because it was something I always wanted to do,” said Lucas. “I graduated from college and I didn’t like working in accounting. My mom said, ‘You know, you always wanted to do that.’ My dad made me go into accounting like he and my grandpa were. So I joined one day and left five days later.” 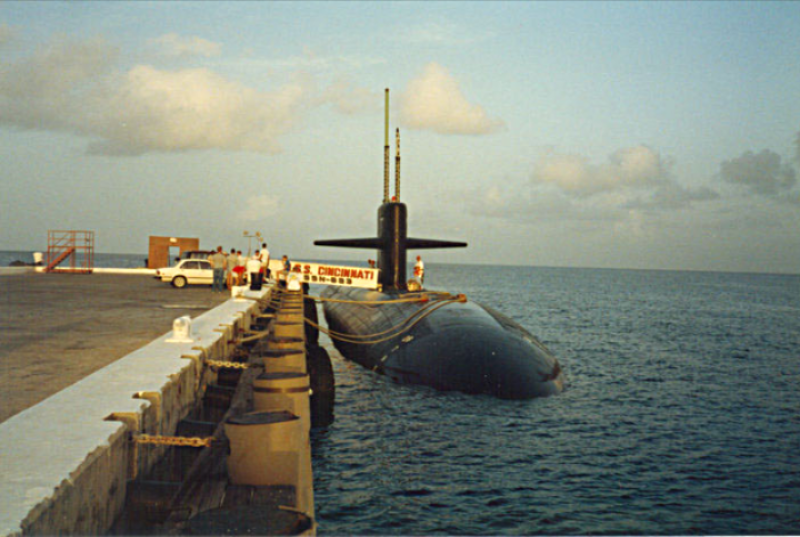 Lucas never thought he’d be serving on a submarine named after his hometown. “When you’re in the Navy you really don’t think about what it really means when you’re in there. You’re in there to serve and do your job. But now, when [I] think about it, it’s pretty nice that it was [named after] my hometown. There was not really anybody [from Cincinnati] on there, so you got to meet a bunch of different people from across the country and see what they were like.”

When he was first assigned to the submarine he learned how to drive and dive the vessel. He started as a Radioman 3rd Class. “For the first year and a half I did nothing but school [...] up in Gronton, Connecticut,” said Lucas. “That’s where they train all the guys in the front of [the submarine].” When he finished his training, he didn’t know what submarine he would be assigned to. When he found out it was one named after his hometown he thought it was a wonderful coincidence. “I qualified to work in sonar. So I was a sonar tech and a radioman tech. When you’re a radioman tech on a submarine you operate the equipment and fix the equipment. I don’t know if [the Navy] still does it anymore due to security problems, but when I was [serving] my mom and my dad both came down and went out to sea for the day [with me].” 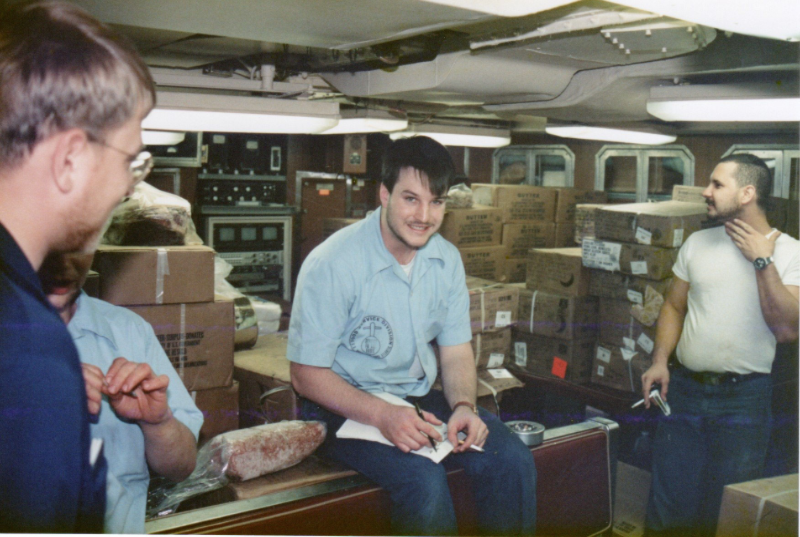 The USS Cincinnati submarine was first launched in 1977 and commissioned in 1978. The vessel weighed about 7,000 tons and carried a crew of 13 officers and 120 enlisted men. It was about three football fields long with three decks about 8 feet apart. “Sometimes I had to duck,” said Lucas. “I’m 6’2”. That’s one of the questions I always get is how do you fit on a sub?” The sub is divided in two halves. The front is the steering and the back is the engine room. Meals were served every six hours on the mess deck. “On Saturdays at midnight we would have pizza and that was our big exciting thing for the week.”

Lucas started a Facebook group that connected him with other people who served on USS Cincinnati vessels past and present. “You get to see a lot of people you don’t get to see…and keep up with a bunch of people that I was on the sub with. We see what they do and they show their life.” Without social media, there wouldn’t be an easy way for all the veterans to stay in touch.

In 2019 the military commissioned its newest USS Cincinnati—a combat ship. This Veterans Day, we hope you’ll come and experience some of USS Cincinnati’s past and present history. You can watch our “Life on the USS Cincinnati” video to learn more about the ships, subs, and the exhibit and then come down to the Main Library to check it all out in person!