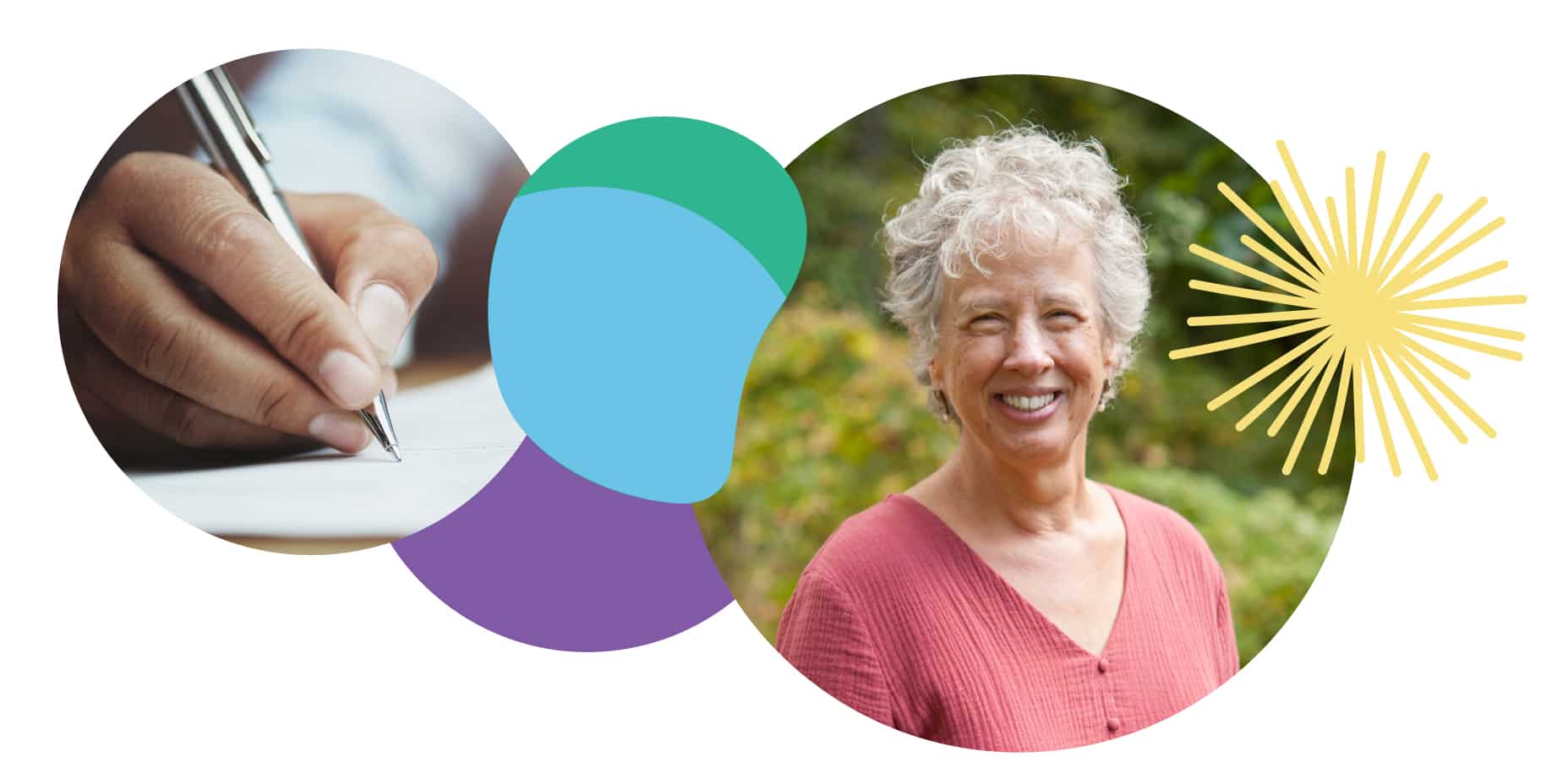 Our 2022 Writer-in-Residence, Pauletta Hansel, is a poet, memoirist, teacher, and editor. Attend her upcoming workshops and writers' office hours, opens a new window. And, listen to her as host of CHPL's "Inside the Writer's Head" podcast.

The advice of author Anne Lamott’s father to his young son to take his writing “bird by bird,” rather than fret about the time it will take to complete his ornithology paper has become a lasting metaphor to caution any writer more concerned about outcome than process. (And it is also inspiration for the title of Lamott’s most popular book about writing, Bird by Bird, opens a new window.) Taking the metaphor back to its literal meaning, this is good advice for readers of poetry as well. Whether we are appreciating a published poem or offering feedback on a fellow writer’s work, we have to read each poem as its own unique creation. Just as we don’t expect the robin’s red breast to show up on a blue jay, or a mourning dove to soar like a hawk, poems, too, have their own particular markers and patterns of flight.

The Cincinnati & Hamilton County Public Library has a number of excellent books on how to read poetry. In fact, I stole the title of this blog post from one of the first I read, Edward Hirsch’s How to Read a Poem, opens a new window. I was already writing and reading poetry when I found this book some 20 years ago, but had focused my reading primarily on 20th Century US poets. I did, in fact, “fall in love” with poems that I would have never considered reading, including some “difficult” and “old-fashioned” poems that I came to love not despite but because they were so different than my own.

Here are some of the other “how to read poems” books available with your library card:

That great monolith of “Poetry” can be overwhelming. Burt and I are in agreement—you read poem by poem. This book also shows pathways for making connections between poems of the past and present, and for identifying what any specific reader might be drawn to in the reading of a poem.

The Poem Is You

This book’s 60 poems hail from the early 1980s through the mid-2010s. Bookending the selection are John Ashbery, whose poems are often considered “difficult,” and the more accessible (though deliciously complex) Ross Gay.

How A Poem Moves

Published in 2019, this book uses a diverse selection of individual poems to consider the “how” of reading poetry. A sampling of chapter titles: “How a Poem Changes as We Read,” “How a Poem Impersonates a Tomato,” and “How a Poem Haunts.”

The Art of Poetry

It’s no accident that this book contains 14 chapters. The sonnet, with its 14 lines, is offered as a primary example of how poetry’s art starts with word choice, and “moves progressively…to larger features such as [line, image], verse forms and verse.”

As a teacher of poetry, I have spent a great deal of time thinking about how to help others write and revise their poems. Ultimately what I have decided is that what is most helpful is for poets to have good readers of their work. Over the last dozen or so years, I have developed a very specific method where I ask students to focus not on the usual workshop fare of what is wrong with a poem (what’s extraneous, what’s missing, and the ever popular “here’s where you should break your poetic lines”) but rather a discussion of what and how the poem communicates.

In the workshops I offer, poets break into groups of three or four to have a conversation about the poems they bring. They use an outline that I provide to consider various aspects of each poem. “Description, not prescription” is our mandate. The poet whose poem is discussed sits quietly, taking in the gift (to paraphrase Robert Burns) of seeing his or her own poems as others see them. Readers are discouraged from offering specific revision ideas until the end, when each reader makes one suggestion using the phrase, “If this were my poem...” By this time, the poet has a multitude of ideas of his or her own, as they have gained a new understanding of how the poem exists inside the reader’s head and heart.

You can see a version of my questionnaire and view poets using the process in this recorded workshop, embedded below. Here we consider the poem “Abide” from Ellen Birkett Morris’ book of the same name, which will be available in the Library catalog in September:

I have (to continue the bird metaphor) been somewhat of a magpie in the development of my workshops, scavenging ideas from many sources. A first was Women Writing for (a) Change, which also has careful reading at the core of its workshops. An early inspiration for my own process was poet/teacher Arielle Greenberg’s “contract model workshop.” It is based on the idea that every poem sets out a sort of three-way contract between the poet, the poem and its readers. The workshop process is a way of trying to understand that contract, and to help the poet see how the poem both does and does not carry it out. Greenberg herself acknowledges the poet Mary Karr as the title’s originator.

My next major influence was my teacher and mentor Cathy Smith Bowers, with whom I studied at the Queens University MFA program. Cathy has since written a book outlining her own teaching methods, The Abiding Image, opens a new window. She asks workshop participants to consider each poem using four basic concepts in this order: Feeling, Story, Language, and Line. I still use these basic concepts, though I have retitled a couple, and included “Voice,” inspired by the late Tony Hoagland’s The Art of Voice: Poetic Principles and Practice, opens a new window.

While my workshop students pick and choose among the offered questions within the categories in order to have the most fruitful conversation about the poem, I insist that they begin with the question. “What feeling does the poem evoke in you, the reader?” and end with revision suggestions using the phrase, “If this were my poem…” This final instruction comes from a “dream work” workshop I once attended, in which the listener is asked to comment on what the speaker’s dream image might represent if it had occurred instead in the listener’s own dream. The phrasing feels right to me, as “reading” dreams, like reading—and writing –poems, are a pairing of both unconscious and conscious wisdom.

How do you read poems? Let us know in the comments below!