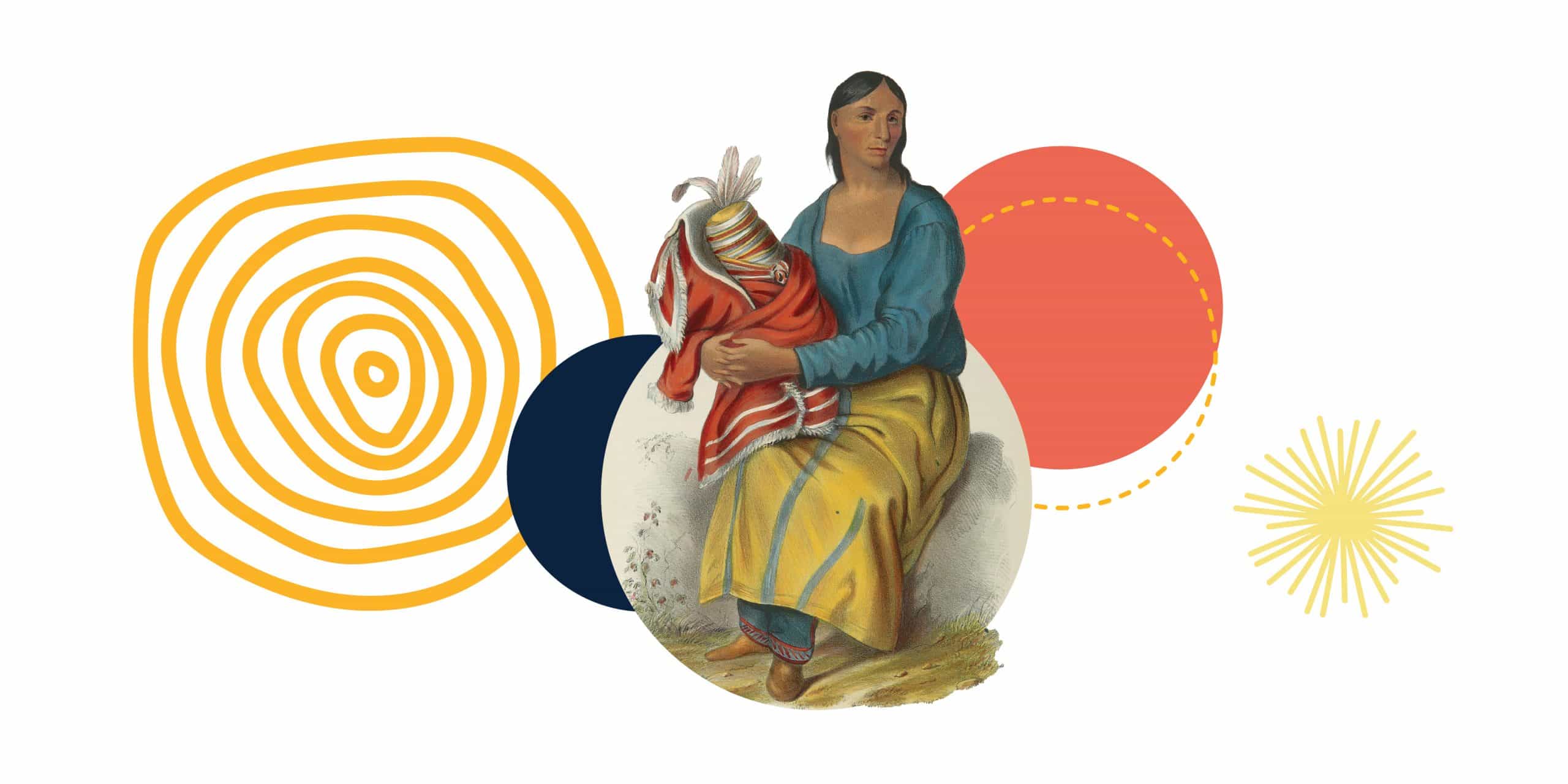 Thomas McKenney was a United States official who served as Superintendent of Indian Affairs from 1824-1830 during the era of forced removal. The U.S. government’s genocidal tactics and quest for expansion threatened the existence of the continent’s original Peoples.  Although McKenney was a proponent of Removal, he wanted to preserve a record of their people. Thomas McKenney was quoted in saying the original people of America should be “looked upon as human beings, having bodies and souls like ours.”

McKenney commissioned artist Charles Bird King, the primary artist, along with artists James Otto Lewis, Peter Rindisbacher and Henry Inman who contributed to the project as well. Treasurer of the State of Illinois, judge and writer James Hall would write the biographies and conduct the interviews. King painted portraits of leaders and tribe members who came to Washington to negotiate treaties. Hall interviewed and wrote a biography of each person painted. Sometimes due to schedule conflicts, Hall would only have a name to go off of for research. He spent eight years extensively travelling, tracking and researching the original people of America so no story was left untold.

Lithographs were eventually made of the oil paintings for publication. The United States financial crisis of 1837 created a snag in the production process of the original folio volumes and led to McKenney withdrawing from the project completely. Hall commissioned a new publisher, D. Rice & A.N. Hart, to complete the project and the volumes were released in January 1844.

The original oil portraits were housed in the United States Department of War and were moved to the Smithsonian’s first institution known as The Castle. Unfortunately, 295 of the original paintings were destroyed in the Smithsonian fire of 1865, only 5 were able to be salvaged. These lithographs and publications were extracted from Native communities during a time of dispossession, loss and oppression, but their survival contributes to the knowledge of Indigenous Peoples in history and parallels the survival and resilience of Native Peoples of the past and today.

To view all three volumes, follow the link to our Digital Library, opens a new window or visit the Cincinnati Room at the Downtown Main Library to view this or other special collections. You don’t need an appointment and everyone is welcome, you do not have to be a researcher or associated with a university.

Make new discoveries with resources used to inform this post: