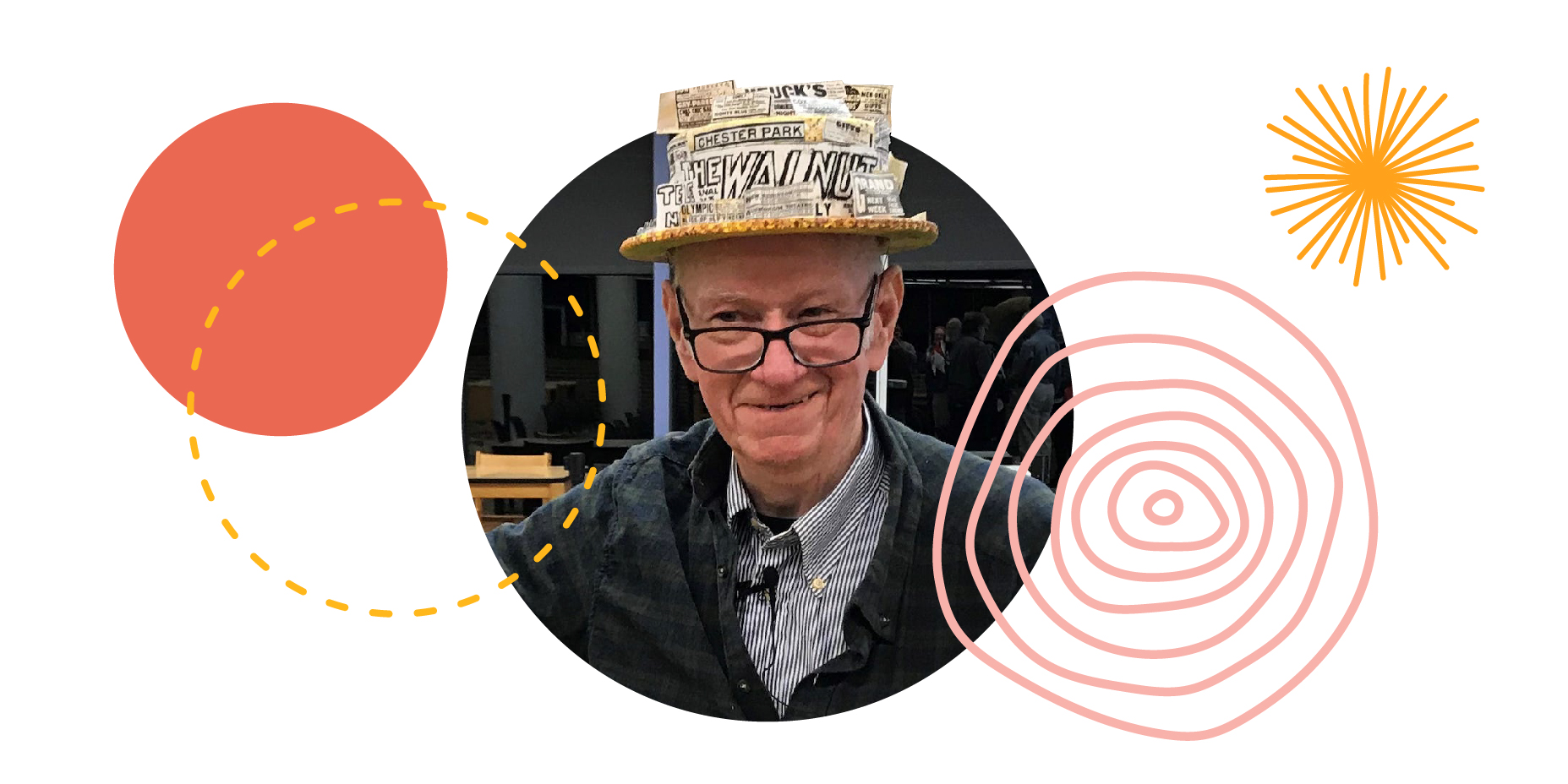 Harvey "Hank" Dutton Sykes, known to many as "Hank the Theater Guy," was a Cincinnati theater historian extraordinaire. Until his death earlier this year, Hank had been a welcome and ever-present figure at the Main Library for the better part of 40 years. Rare was there a day that Hank did not grace the Main Library wearing his familiar black cap and offering information about his latest discoveries.

While a rather private man, Hank was generous with his time when in your presence. He greatly appreciated his library family. The love and appreciation for one another went both ways every time we saw him walk into our area. I for one would often get a good feeling when I saw him exit the elevator and head towards me in the Genealogy & Local History Department on many Monday evenings. He enjoyed learning and sharing any aspect of the great movie palaces, architects, actors, owners, set design, and movies themselves. If you expressed an interest, you were bound to learn something you had not known. Hank would often be seen diligently researching the varied theatrical aspects of the Queen City and beyond.

Theater Collection to Be Available Digitally

To help further CHPL's mission of connecting community members to resources and materials, the Hank Sykes’ Cincinnati Theater Collection is in the process of being cataloged for the Cincinnati & Hamilton County Public Library’s Digital Library. Sykes’ collection includes notes, images, clippings, and other miscellaneous materials pertaining to the history of live theater and cinema in Cincinnati. Some of the theaters included in the collection are The Lyric, The Albee, The Capital, The Palace, The Grand, and The Royal. The collection will be of particular interest to researchers interested in this aspect of Greater Cincinnati history.

Hank also presented at the Library. His first talk about Cincinnati theater history was some 20 years ago in the old Art & Music Department. He most recently presented what turned out to be his final public performance, "Lost and Found: Theaters of the Queen City," Nov. 6, 2019, to an adoring crowd and rave reviews at the Main Library. This program is on the Genealogy & Local History playlist on the Library’s YouTube channel.

In a fitting tribute to Hank and his theater passions, his name was up in lights for what would have been his 79th birthday May 4, 2021, on the marquee at the 20th Century Theater in the Oakley, a theater he both appreciated and attended. This display of friendship and appreciation was made possible by his library family.

Hank served in the Marines from 1961-1964, though rarely did he talk of this period in his life. He also had a passion for gardening. No one knew more than he did about the theaters of Cincinnati and the industry in general. He is missed by the many people he knew including his Main Library family where he was present most every day.

Learn more about the Library's digitization efforts in this blog post.