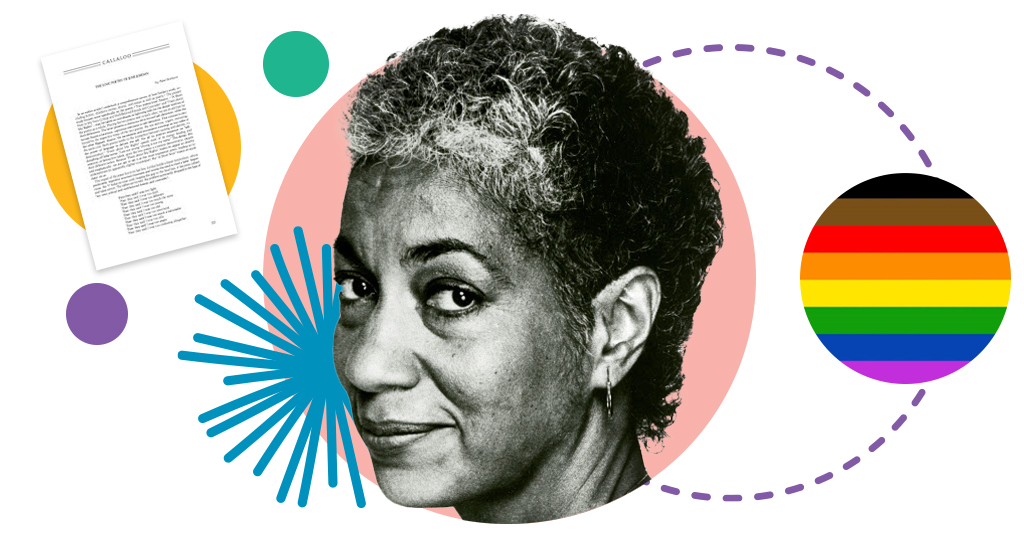 The Public Library of Cincinnati and Hamilton County is celebrating queer voices during National Pride Month and beyond by showcasing local, contemporary, and historical poetry. This virtual series, opens a new window highlights queer poets, poems, and their contexts from across the spectrum, across racial identities, across history, and from all over the world.

June Jordan was a bisexual poet, activist, and teacher with a career spanning four decades.

Jordan started writing at a young age and began publishing her work in the late 1960s. She attended Barnard College in New York City but left before graduating, frustrated with the narrow curriculum that excluded women, Black and brown poets, and queer folx.

In her nearly four decades as a professor, she taught at City College of New York, Yale, Sarah Lawrence, Connecticut College, and Berkeley. It was at Berkeley that she founded the Poetry for the People program in 1991, a program encouraging students to use poetry as a means of artistic and political expression.

Jordan published 28 books during her lifetime, but she was also a librettist, a columnist, and an amateur eco-social architect. The birth of her son and the police shooting of 15-year-old James Powell in 1964 motivated her to design the "Skyrise For Harlem."

The Skyrise was an urban renewal blueprint that wouldn't displace Black communities but, instead, lift them up in skyrises above the city and fill Harlem's streets with green and communal spaces. The next year, she sold the idea to Esquire magazine who removed her name and retitled the article "Instant Slum Clearance," renaming the project in spirit as well.

Jordan continued to use writing as a form of activism until her death in 2002, touching upon race, class, war, queerness, and the multitude of injustices she saw in the world.

Check out more of June Jordan's works by browsing the Library's catalog, opens a new window.