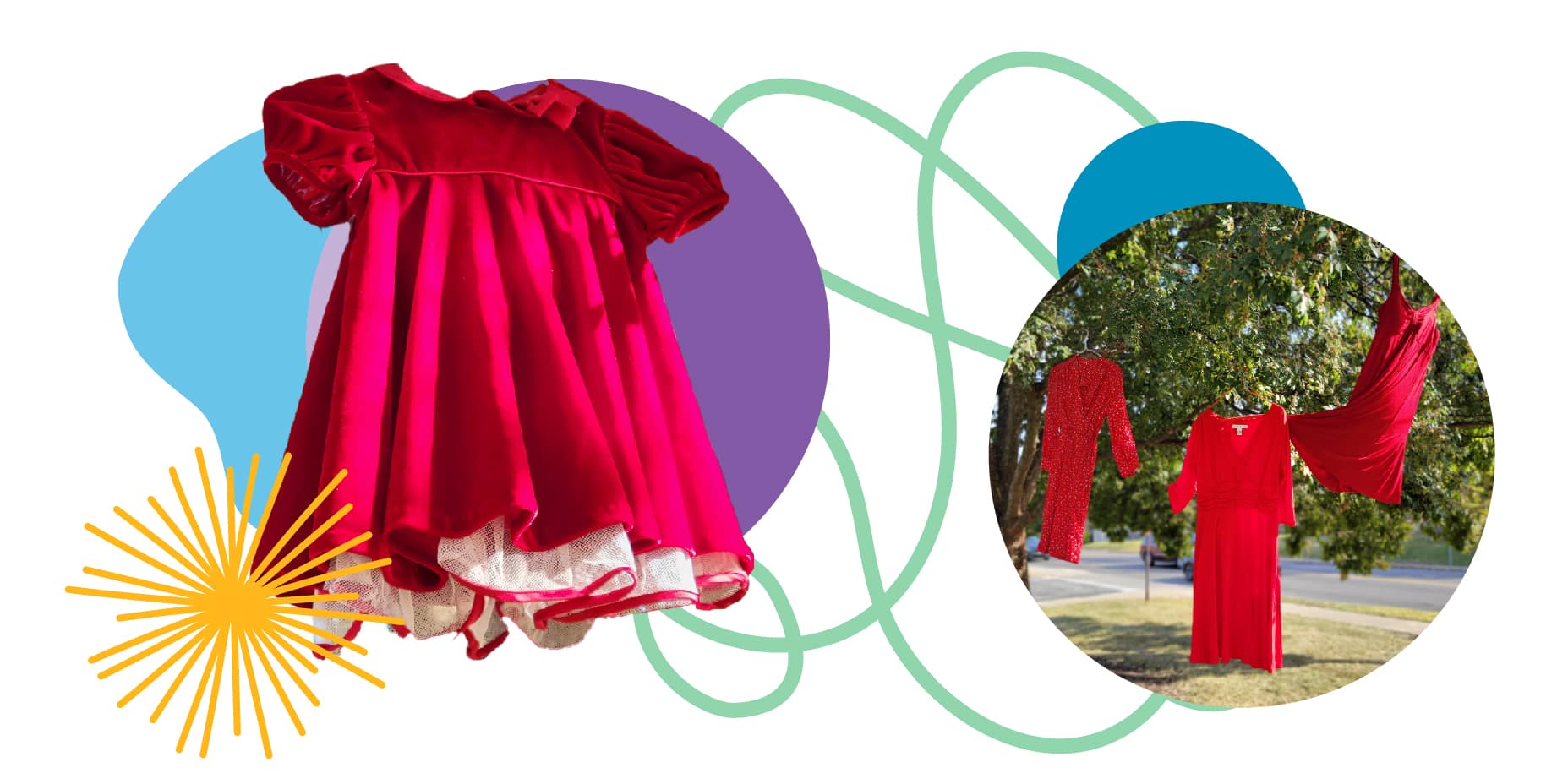 Visitors at 25 CHPL branches, opens a new window will notice the display of red dresses hung outside and within the branch. The Red Dress Exhibit, opens a new window is being displayed from October 12 – November 30 in partnership with the Greater Cincinnati Native American Coalition, opens a new window and aims to bring awareness to the national crisis of Missing and Murdered Indigenous Women and Girls (MMIW). 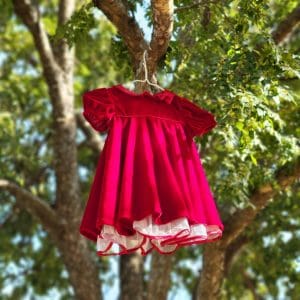 This exhibit, along with the Native American History & Culture Essay Contest, opens a new window, leads up to an April 2023 visit from award-winning There, There, opens a new window author Tommy Orange. Orange’s visit is made possible by a National Endowment for the Arts (NEA) Big Read grant. NEA Big Read is a program of the National Endowment for the Arts in partnership with Arts Midwest.

There, There by Tommy Orange is a multigenerational, relentlessly paced story about a side of America few of us have ever seen: the lives of urban Native Americans. More than half of all Native Americans today are urban Indians; the MMIW Red Dress Exhibit is a platform to tell the stories of the autoctises occurring among urban native women.

What is the Red Dress Movement?

The display of red dresses symbolizes the absence of missing and murdered Indigenous women (MMIW). Many say red is the only color that spirits can see and they wear it so that the souls of those they’ve lost can be with them. The movement started in 2011 and has traveled all over North America. MMIW also advocates for the end of violence against Native women. It seeks to draw attention to the high rates of disappearances and murders of Native people, particularly women and girls. These crimes are largely unpublicized and unsolved. 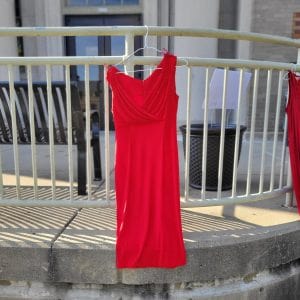 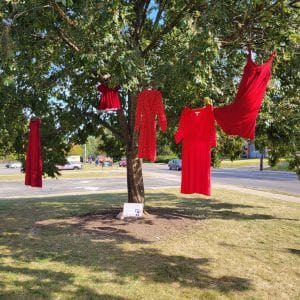 The installation will be featured in different shapes, sizes and shades indoors and outdoors at over 25 CHPL branches. They serve as stand-ins for the potentially thousands of native women who go missing or are murdered each year. There is no definitive tally due to the tangled nature of jurisprudence in and around Indian Country; law enforcement and sometimes the general public are indifferent, and resources to more fully document the fates of these women are lacking.

For more information on MMIW, contact the Greater Cincinnati Native American Coalition at gcnacoalition@gmail.com or on their website.