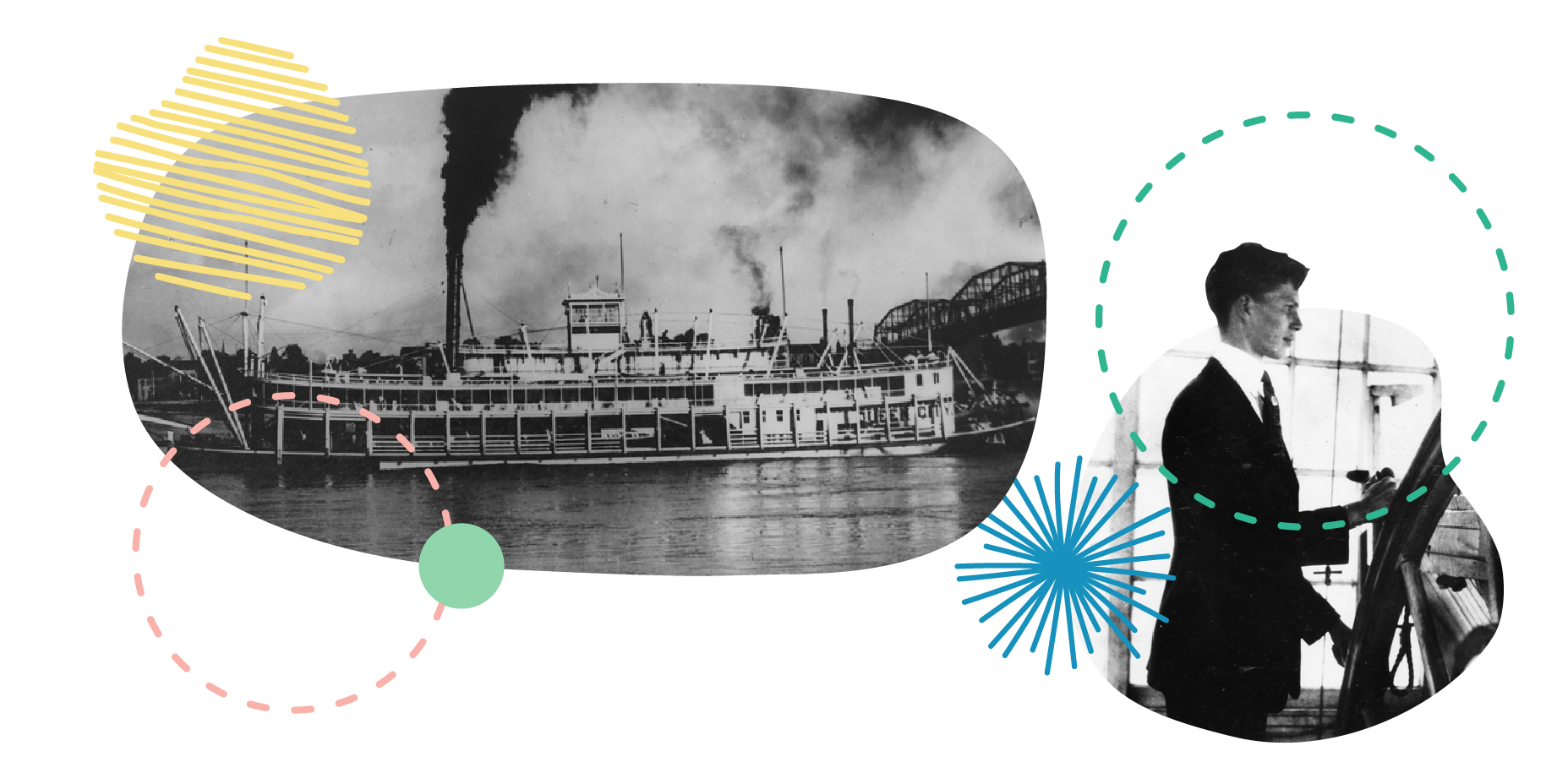 Frederick Way Jr. was born Feb. 17, 1901, in Leet Township, Pa. (later renamed Edgeworth), to Frederick and Mabel Louise Nicols Way. His fascination with steamboats began at an early age, much to the dismay of his mother. She wanted him to attend college and could not envision her son living the rough life on the river. 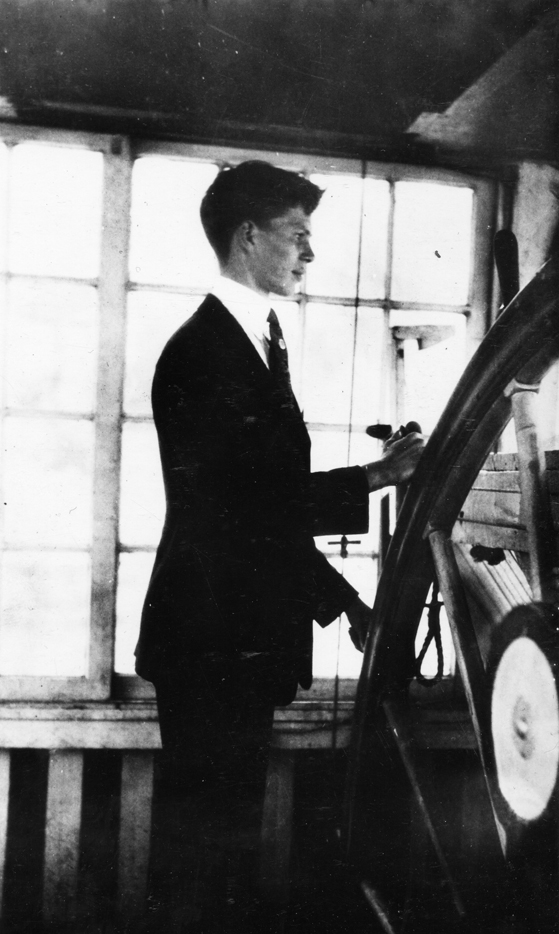 A young Captain Frederick Way Jr. in the pilothouse of The Kentucky.

'No Passengers Beyond This Point'

As Fred recounts in his book, Pilotin’ Comes Natural, his interest was piqued when he embarked on his first steamboat trip with his mother and younger brother, Robert Wilson Way, aboard the Queen City in 1911 at the impressionable age of 10. He was immediately captivated and set off to explore this wonderous vessel with Robert. Seeing the sign, "No passengers beyond this point," only intrigued them. How could they resist the urge to climb to the highest point? They were caught before reaching their goal by the pilot, who invited them into the pilothouse. He indulged them, answering their questions about the boat. Fred spent the rest of the trip watching the crew and absorbing the atmosphere. 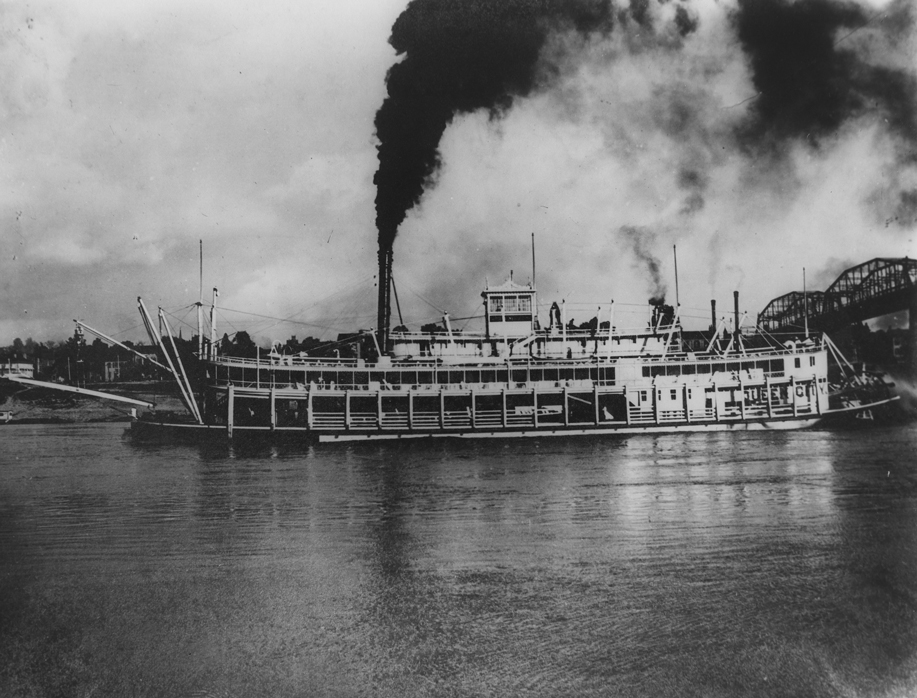 Photo of the Queen City by Richard L. Hunster*

* Richard L. Hunster was a Black photographer from Cincinnati who Way first visited at the age of 16. Hunster photographed steamboats purely for the love of his subject however he never attained commercial success. Way purchased his photographs when he could afford them to add to his collection. He wrote glowingly of Huster’s talent in The Waterways Journal in 1935.

Fred Yearns for Life on the River

Although he enrolled in college, pursuing engineering at the Carnegie Institute of Technology, Fred was unhappy at school. Leaving after just a few months, he took a job on the river as a mud clerk or assistant clerk to the purser or head clerk. He ran errands and was assigned the dirtiest jobs, outside in all kinds of weather, often in the river's muddy banks. He moved on to various other jobs, always looking for opportunities to learn more about the river and the knowledge required to pursue a career on the waterways.

In 1920 he attended the University of Cincinnati in a cooperative engineering program, attending school while working. He took time out from his studies to go out for short periods on packets, steamboats that carried both passengers and freight. At the end of his freshman year, he took another job on the river. From that time on he worked for several captains learning the river and honing on his piloting skills. By the age of 22, he had acquired his first license, “Mate, Packets,” in his pursuit of a pilot’s license. 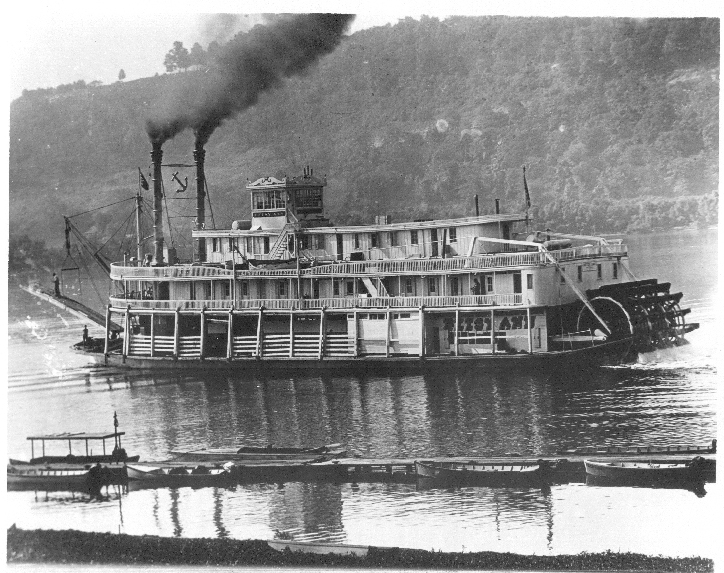 In 1925 he approached his father to purchase the Betsy Ann. Fred didn’t choose this particular steamboat with pure logic as he admits he first saw her just a few years before the purchase and “it was love at first sight,” he wrote in The Log of the Betsy Ann. His father was not convinced that it was a sound investment, but he agreed to fund the endeavor as Fred was set on this purchase.

There is a long history of steamboat races on the rivers. In July of 1928, in a highly publicized race dubbed “the river race of the century,” the Chris Greene emerged the victor against the Betsy Ann earning the prized trophy of gold-tipped elk horns carried aboard the Betsy Ann. 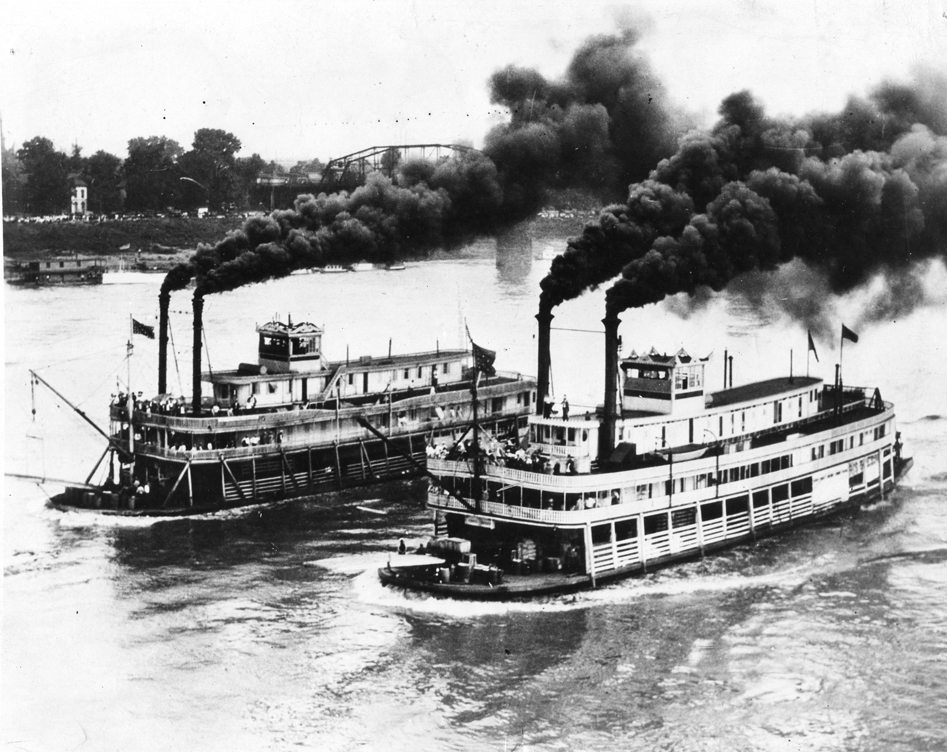 The Betsy Ann, left, and the Chris Greene, right

Frederick Way Jr., president of the Pittsburgh and Cincinnati Packet Co. and principal owner of the Betsy Ann, presented the prize to Captain Chris Greene with a statement reading, “Steamer Chris Greene: The Betsy Ann came from a racing family. For 30 years she has gone unchallenged with a final victor. In handing these horns to you, we ask that you give them a place fitting with their history and honorable career. We are pleased to hand them to you, our friends, of the Upper Ohio River. Steamer Betsy Ann” (Cincinnati Enquirer July 25, 1928, pg. 1)

When Captain Tom Greene, head of the Green Lines, revealed his plan to purchase the Delta Queen after her war service and bring her back to Cincinnati from California, he asked for Captain Way’s help. The goal was to tow her home via the Panama Canal. After preparing the boat for the journey and turning her over to the union crew on April 17, 1947, Fred flew back east and awaited her arrival. When she arrived on May 21 he was ready to take charge as captain as she was uncrated and piloted to Cincinnati. Tom Greene asked him to oversee the renovation to return her to service as a luxury steamboat. Fred agreed and took her onward to Dravo Marine Ways, Neville Island, Pa. After a six-month period, supervising renovations, he piloted her back to Cincinnati and turned her over to Captain Greene. 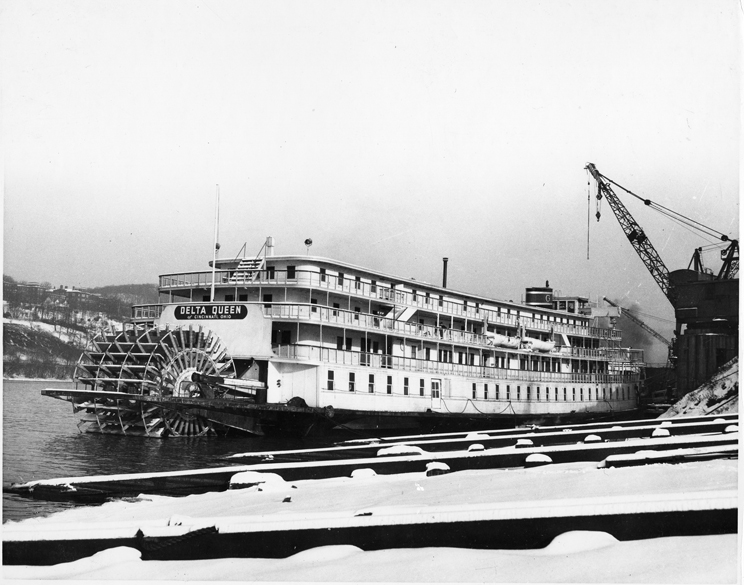 In his life ashore, Fred Way continued to write books including Way’s Packet Directory and publishing his annual Inland River Record. He served as president of the Sons & Daughters Of Pioneer Rivermen from 1941 until his death, and founded its quarterly periodical, The S & D Reflector, in March 1964, writing many of the articles. He was active in the founding and growth of the Ohio River Museum at Marietta.

After he died in 1992, his cremains were carried aboard the Delta Queen to Sewickley, Pa. Leaving port the calliope played Stephen Foster’s Beautiful Dreamer. His grave marker is located next to his parents, his brother, his wives, Grace Morrison Way and Charlotte Lyon Way Carr, and his two sons, Frederick and James, in the Sewickley Cemetery in Allegheny County, Pa.

The Log of the Betsy Ann, by Frederick Way Jr.

The Saga of the Delta Queen, Frederick Way Jr.

View more images from our Inland Rivers Photograph Collection in our Digital Library.