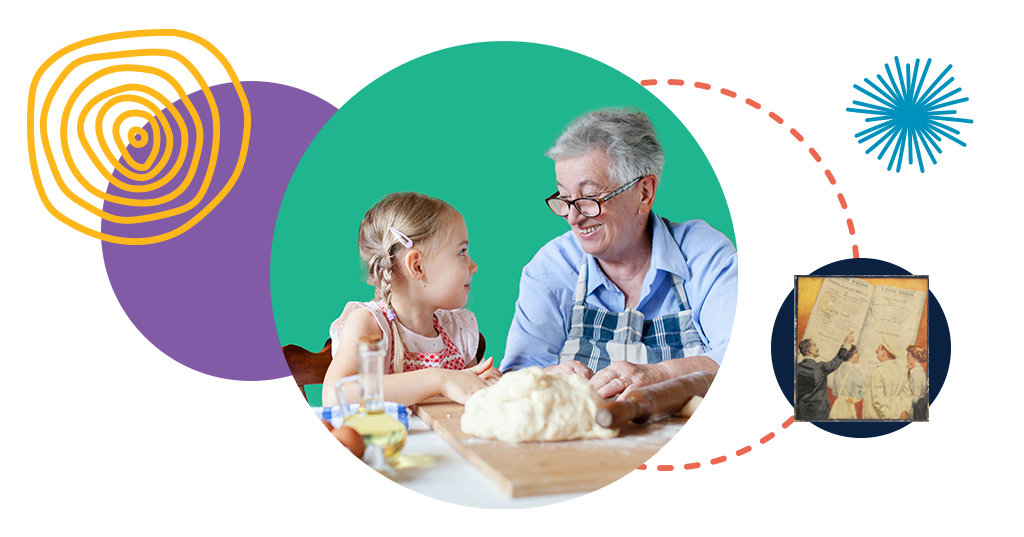 "Every year during the holidays, my family gathers to make our treasured once-a-year pastry, Lebanese baklava. The recipe is typed on a sheet of paper so old and fragile we keep it in a plastic sleeve. Our special shortbread cutouts? Those are from an early 20th-century cookbook.

Heirloom cookbooks are not just about recipes. They’re our history tucked into the recipe pages. Penciled notes written in the margins, a recipe splotched with stains—each tell a story about gathering in the kitchen making food, and memories.

My friend and colleague, Lisa Mauch, has written about some wonderful old cookbooks and has even gone so far as to highlight some recipes in them. Not only are these books good reads, but you may also just find a gem of a recipe that starts a tradition!" - Rita Heikenfeld 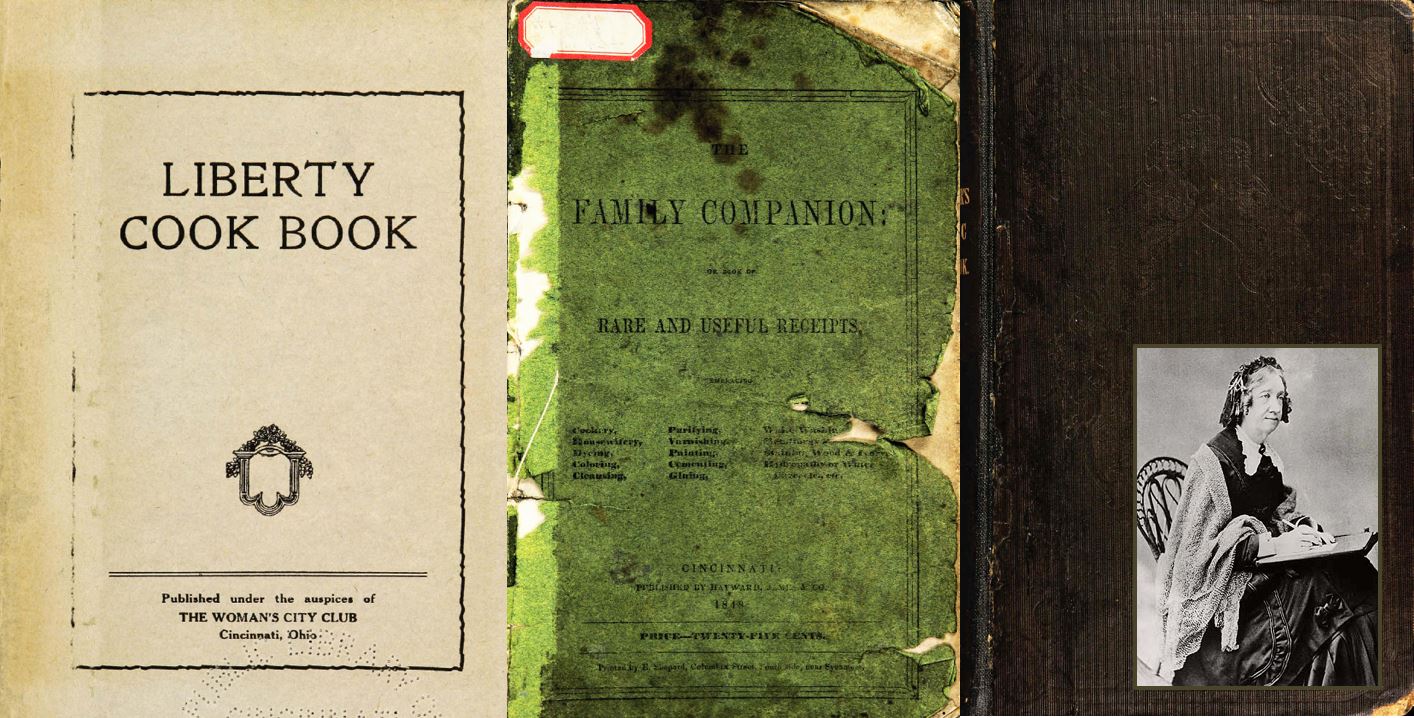 The Liberty Cook Book, 1917, published by the Woman’s City Club of Cincinnati

Brought to you by the citizens of the last pandemic, the description includes the statement, "This cookbook is given to the public...as a practical contribution in the present emergency [i.e. WWI]." See what our great-grandparents were cooking up in lieu of banana bread during World War I and the “Spanish Flu” epidemic. Of special note are the soup recipes, opens a new window, perfect for the upcoming winter.

The Family Companion: or Book of Rare and Useful Receipts, 1848, by J.R. Wells

Looking for a new hobby? Got a side hustle? Need some help with a DIY project? Never fear, the Family Companion is here! According to the preface, “the compiler has consulted the very best authorities, and endeavored to furnish a large amount of useful information...so arranged and adapted as to be most useful to the Young and Economical House-keeper, Manufacturer, Mechanic, Artist.” So, besides recipes for bread, cakes, meats, and vegetable dishes, be prepared to learn how to make your own beer, varnishes, glues, and inks. Adults can try their hand at making ginger beer, opens a new window with this recipe to craft the perfect Moscow Mule, while kids can use the non-alcoholic beverage to pretend to be Hermione Granger from Harry Potter, who takes her butter beer with ginger.

It wouldn’t be a cookbook list without a celebrity cook or two. Catharine Esther Beecher was the older half-sister of Harriet Beecher Stowe, famed author of Uncle Tom’s Cabin. The sisters even published the advice manual The American Woman's Home together in 1869. Similarly, this book celebrates “women’s work” as an art form and offers detailed recipes created to make life easier and improved for the average housewife. It’s had over 25 printings and is still available for purchase. One unusual recipe is for how to make “crayons, opens a new window” for blackboards (for those of us who remember those).

For those of you celebrating Hanukkah there’s Aunt Babette, or as she was known in real life, Bertha F. Kramer. Rabbi Isaac Mayer Wise, pioneer of the Reform Jewish movement and founder of The American Israelite, purportedly the longest-running Jewish newspaper in the U.S., had married the sister of Edward Bloch, founder of Bloch Publishing Company. Influenced by his brother-in-law, Bloch published the popular Aunt Babette cookbooks, the first truly successful American Jewish cookbooks that reflected the assimilationist tendencies of the 19th-century Reform Jewish movement with non-kosher recipes alongside traditional ones. Of special note is the chapter that is titled “Easter Dishes, opens a new window” but is instead filled with dishes and advice for Passover. For more about our city’s Jewish culinary history, check out local author Dann Woellert’s blog, opens a new window.

Shillito's Every-Day Cook-Book and Encyclopedia of Practical Recipes for Family Use, 1905, by Edna Neil

Another celebrity on the list isn’t a person but a place. Cincinnati's first department store, Shillito’s, celebrated its 75th anniversary in 1905 and put out a cookbook to mark the occasion. Many Cincinnatians remember going downtown at Christmas to see Santa and the beloved Shillito’s Elves. However, the store was also well-known for its Art Deco tea room, a fact captured in Cynthia Kuhn Beischel’s book Lost Tea Rooms of Downtown Cincinnati, opens a new window. Throughout the 1950s-60s, the kitchen staff provided much of the food for Ruth Lyon’s 50-50 Club television show. One recipe in the cookbook is for chicken salad, opens a new window, perhaps a forerunner to the popular dish served later in the tea room.

And last, but not least, is a collection of cookie recipes from the library staff a few years before Old Main was torn down and the current Downtown Main Library built. Not much is known about this book and there are no notes, preface, contents list, or other information included in its pages. Much like cookbooks assembled by churches and schools, all the recipes are attributed to the submitting employee. And in true librarian fashion, secondary sources for recipes are cited. You can see in the book how the flavor of German culture was still running strong in the Queen City with recipes for treats such as springerle, opens a new window, pfeffernusse, opens a new window, and pecan lebkuchen, opens a new window.

*Keep in mind these historical recipes were constructed in a different time period. If you decide to try one, especially for ingestion, please consult a modern source for ingredients, measurements, instructions, etc. One good blog to read is Food Bloggers of Canada's "5 Tips to Adapt Old Recipes for a Modern Kitchen, opens a new window".

To access all the Digital Library’s heirloom cookbooks, go to https://cinlib.org/DigLibCookbooks.