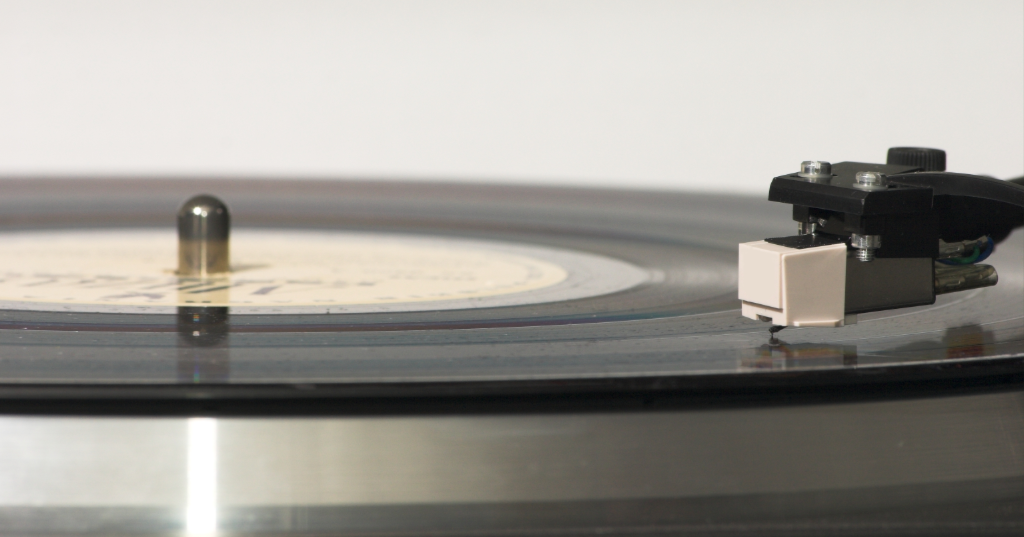 Contrary to most stories, this one begins with an ending. Vinyl records had reached their swan song in 1988 when compact discs outsold them for the first time. Adapting to the new times, the Library began to purchase more CDs and devote floor space to them, banishing 17,500 LPs to the basement floor known as A-stacks. There they slumbered on metal shelves at the foot of the staircase like silently sleeping sentinels whose songs had been shushed.

Walking amongst the records, one gets a distinctive sense of preserved history. It is not just the smell—being in the basement, there is, after all, a note of musk and dust in the air—but there is a mysterious sense of age with these vinyl records. Here is a glimpse into the Cincinnati’s past musical tastes. The larger portion of the collection is classical and jazz, but there is a sprinkling of 70s rock, folk and traditional songs, spoken word, and the WEBN album project. 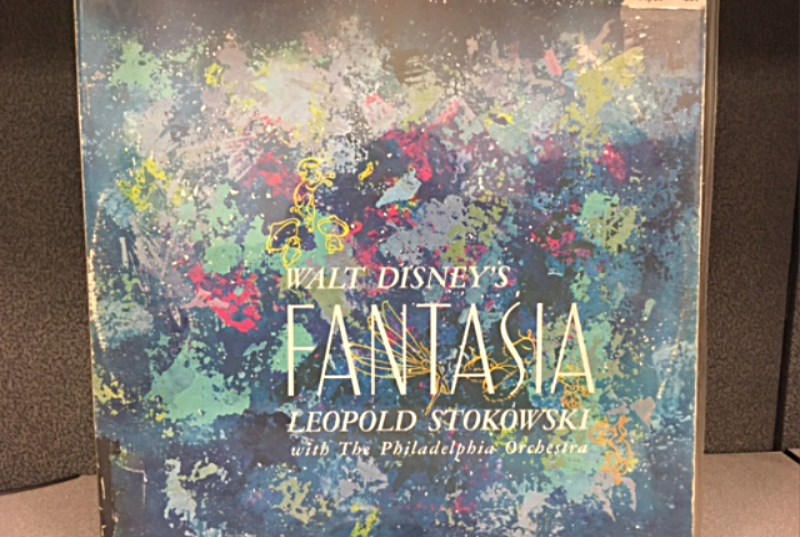 Pulling a record from the shelf, one can wonder how long has the Library owned a Walt Disney’s Fantasia LP? Is it an original 1957 mono release from Disneyland Records or the 1964 Buena Vista Records re-issue? To find out, you will just have to come downtown and ask…
Other gems include:

But this is a story of endings and these polyvinyl chlorides had been forgotten in the stacks by the audience who once adored them. Or were they? Endings can be beginnings for a new appreciative audience. 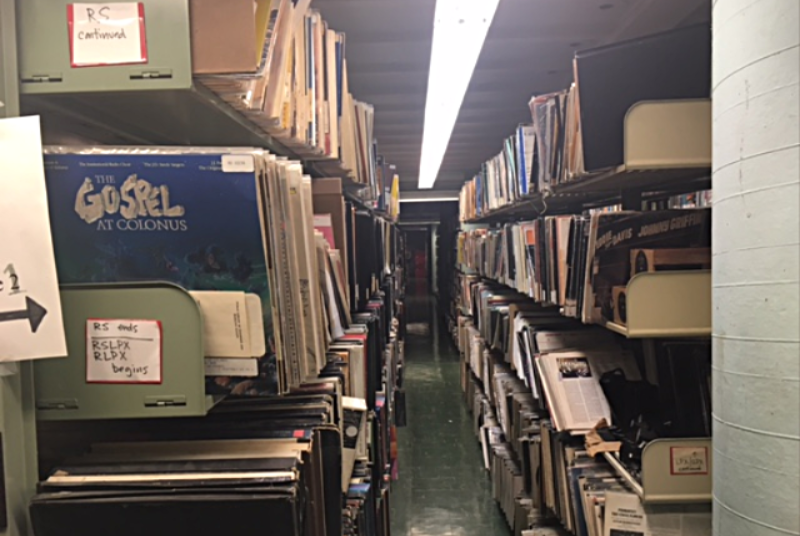 Since 2007 and the advent of Record Store Day, vinyl has quickly returned to popularity with a buzz of stunning sales growth that baffled even the most optimistic record store owner. Many reasons were cited: the nostalgia-heavy manufacturing of pop culture; the warmer and debatably superior sound quality of vinyl over digital music; the love of colorful and stylistic record covers that could double as affordable artwork for one’s apartment or house; and the exquisite tactile sensation of lifting 180 grams out of its sleeve, placing it on the slipmat, gently moving the tonearm over the record, dropping the needle into the groove and hearing that first fuzzy hum of static before the drums kick in.

However, there may be another answer to the resurgence of vinyl: it never returned because it never really left. Music collectors, crate diggers, and audiophiles have existed as long as recorded music has. Music journalist Amanda Petrusich writes about the Jazz Record Center in Manhattan and the fascinating early collectors of the 30s and 40s in her book Do Not Sell At Any Price, opens a new window. Meanwhile, Hari Kunzru exposes the horrific appropriation behind American musical roots with his tense thriller White Tears, opens a new window.

For those who kept digging and searching and collecting, they eventually caught and followed the scent to the Public Library of Cincinnati and Hamilton County. They came to the desk asking for more. We listened and responded by purchasing new vinyl for the first time in twenty-plus years. 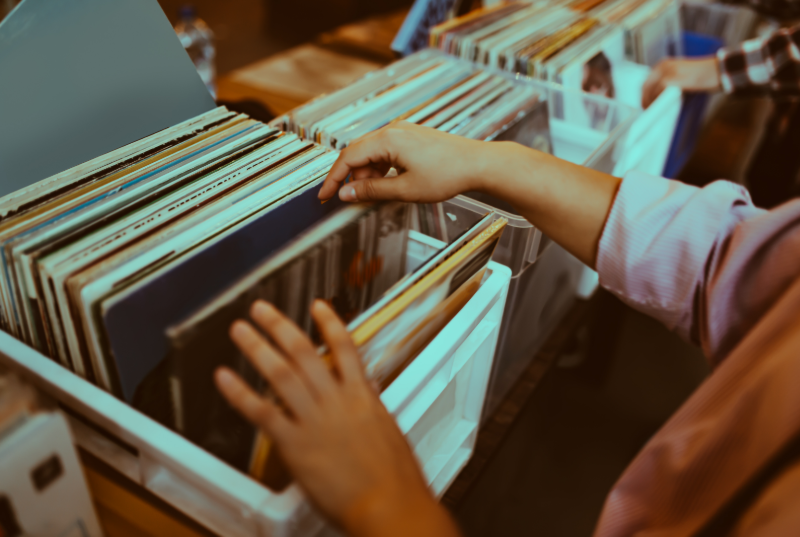 It is inspiring to watch the Library re-use and grow this collection. 125 new titles were purchased, and immediately we saw circulation growth for this revived format. The collection expanded to include music genres such as Rap and Musicals as well as more contemporary artists that dominate today’s pop charts and summer festival lineups.

The Popular Library of the downtown Main Library now has 1,300 LPs on the first floor for patrons to dig through. Even our branch libraries have gotten into the action—Harrison, West End, Corryville, Oakley and Sharonville have created pop-up displays featuring records. None of those close to you? Don’t worry, all LPs can be placed on hold and sent to any of our library branches.

Also in exciting news: LPs are often released before their CD counterpart, so you can listen to the next big hit before everyone else. To discover your next favorite album, check out our new arrivals, opens a new window and place some vinyl on hold. If time is circular like a record, then vinyl is endless.