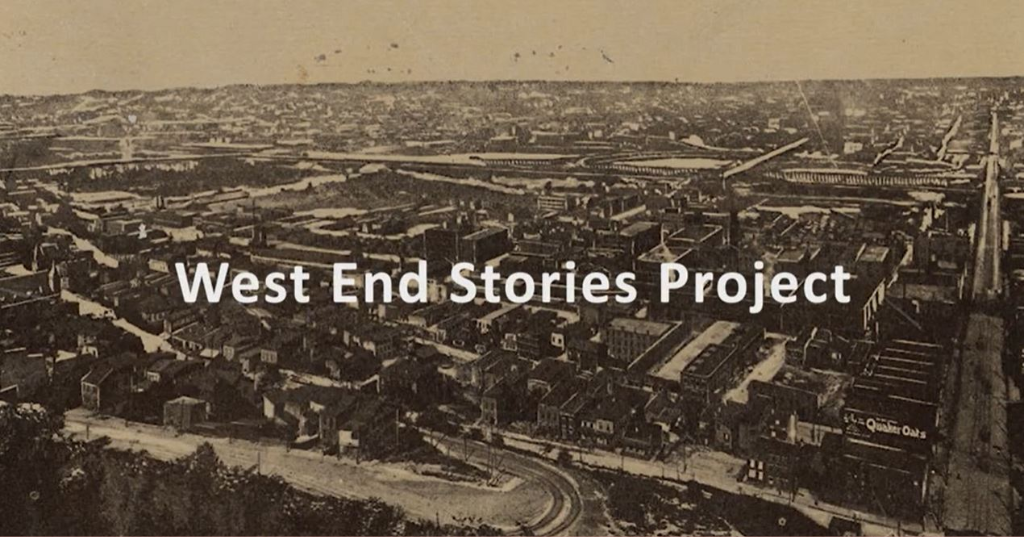 “I used to enjoy seeing the fireworks at the ballgame when the Reds won…we lived near Crosley Field and we could hear the roaring crowd and see the fireworks,” said Fannie Mallory, longtime resident of Cincinnati’s West End neighborhood and mother of former Mayor Mark Mallory. “It was a wonderful place to be. It was full of people, full of all the places we needed to shop and recreate and just do whatever we needed to do.”

Mallory’s story is just one of many oral histories in the process of being documented and recorded through the Library’s West End Stories Project. The project was created by staff members in the Library's Information & Reference and Genealogy & Local History departments.

"The death of John Harshaw in June of 2019 was the inspiration to get this project started," said West End Branch Manager Keloni Parks. "He wrote a heavily referenced book, Cincinnati’s West End: Through Our Eyes, on the history of the West End, and it would have been great to have him contribute to this. I felt like we needed to hurry and get these stories before we miss the opportunity."

The West End was once a vibrant community full of people, opportunities, and excitement. Unfortunately, the historic West End was largely razed in the 1950s as part of a series of urban renewal projects that decimated Black communities by placing highways and interstates through their neighborhoods (the West End is divided by I-75). This, combined with segregation, white flight, redlining, housing projects, and more, creates a complex history. Today, gentrification is forcing many longtime residents out of the neighborhood they have called home for so many years.

To help keep these memories alive, the West End Stories Project team is conducting a series of video recordings of community members about their longtime home. “We want to hear it all,” said Parks. “How feelings about the housing projects have changed over time. Fun ways people spend their time. We want to memorialize the West End community. We’ve already collected stories about going to the Regal, Crosley Field, playing baseball at Heberle Elementary, and more.”

“Just as Over-the-Rhine has drastically changed over the past 20 years, it seems likely that similar changes will come to the West End," noted Reference Librarian Tom Moosbrugger. "It is important to remember the people who make the neighborhood what it is and the window to capture the stories of longtime residents is limited. This is especially true of residents who remember the great disruption of the neighborhood with the building of the Mill Creek Expressway (I-75) and the Queensgate project."

Despite all of the change, residents of the West End remain tightly knit. The West End Stories Project will give residents a chance to tell their own stories and histories of the West End. “We are hoping to collect a diverse range of stories, so as to reflect the living and working culture of the West End in the past and present,” said Reference Librarian Molly Donnermeyer. “We are hoping to find both everyday tales of life in the West End, and perhaps in the process, we’ll unearth some interesting lore about the neighborhood and its residents. One of my favorites so far was from Mr. Moon. He attended Heberle Elementary in the West End and spoke about playing ball on the back lot of the school grounds.”

From stories about birthday parties, Thanksgiving dinners, schoolyard crushes and rivalries, all the little shops that made up the fabric of the neighborhood, to I-75 and Union Terminal, the West End Stories Project team hopes to collect it all. “This is what gets us in touch with the key human element of life in any neighborhood,” said Moosbrugger. “There are so many things that serve as the lifeblood of a neighborhood, and it’s easy for an outsider to overlook. The storytellers won’t make those mistakes, and will share with us all of the richness and complexity of life in the West End.”