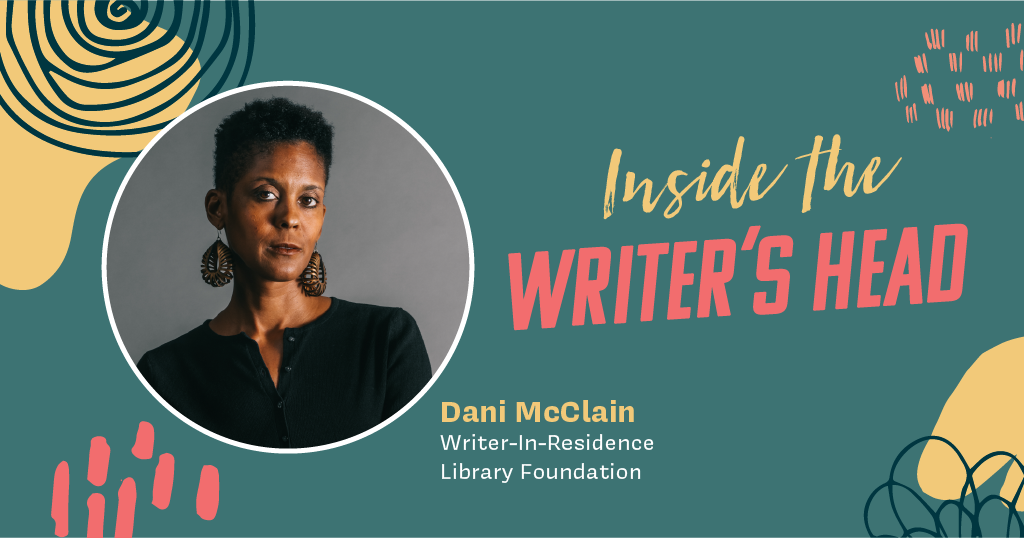 Welcome to season 5 of "Inside the Writer’s Head" with our 2020 Writer-in-Residence, Dani McClain! In her inaugural episode, McClain sits down with local journalist and author Kathy Y. Wilson, who was the Library’s first Writer-in-Residence in 2014 and is a friend and mentor to McClain. Together they discuss everything from writing, health, the marginalization of the voices of Black women and girls, art, the Library, and more.

In addition to her multiple creative iterations of “Your Negro Tour Guide”, Wilson has received national exposure through her NPR commentaries on All Things Considered and has been a contributing writer for the monthly Cincinnati Magazine, opens a new window, developing longer-form content about challenging Cincinnati issues and local profiles. She’s also taught writing as an adjunct professor at the University of Cincinnati.

Wilson has won accolades for her writings from the Ohio Society of Professional Journalists, the Cleveland Press Club, and the Associated Press Society of Ohio. Twice, a fellow for the Knight Center for Specialized Journalism at the University of Maryland, she was also a finalist for a National Magazine Award for her profile on Cincinnati-based conservative talk radio host Bill Cunningham. In September of 2014, the Library Foundation named Kathy Y. Wilson its inaugural Writer-in-Residence. In May of 2016, Wilson received the Rosa F. and Samuel B. Sax Fund Prize awarded by a secret committee giving recognition to her many contributions to Cincinnati’s cultural life and civic discourse.