<< Back to Exhibits home

When the original Main Library at 629 Vine Street opened to the public in 1874, three beautiful and intricate stained glass windows graced one of the reading rooms in the building. 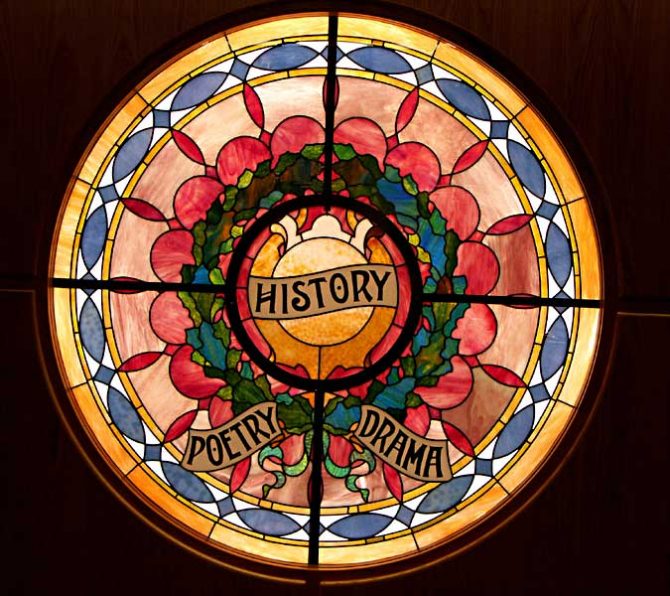 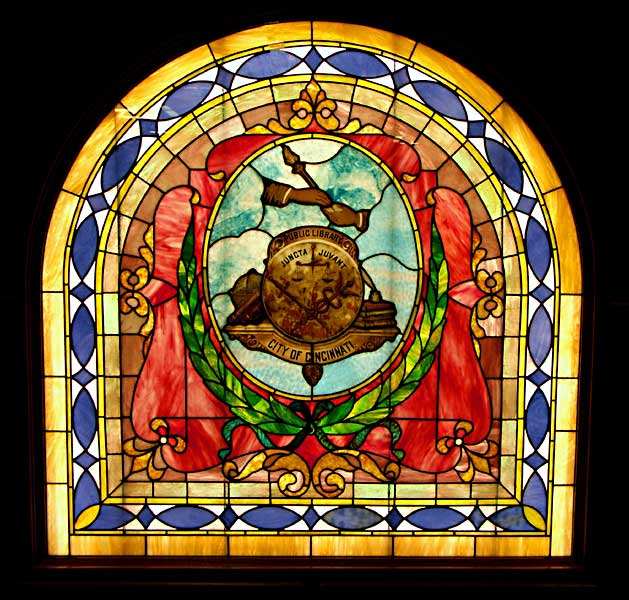 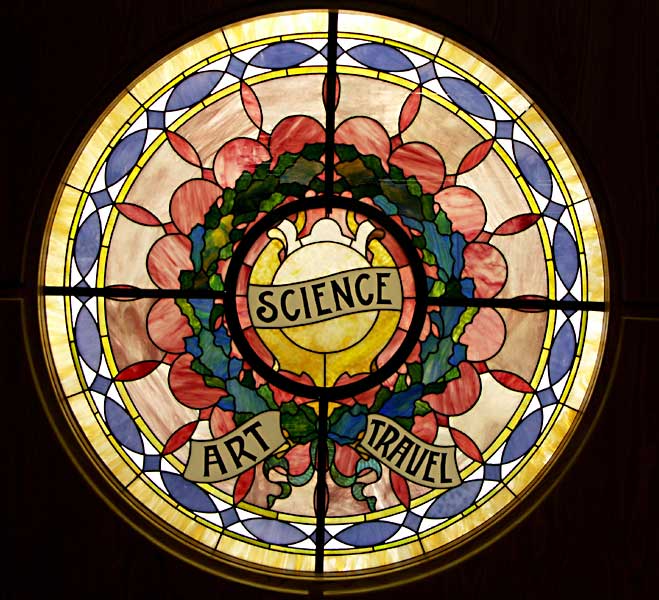 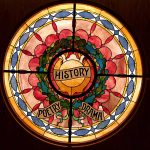 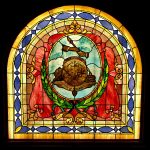 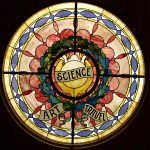 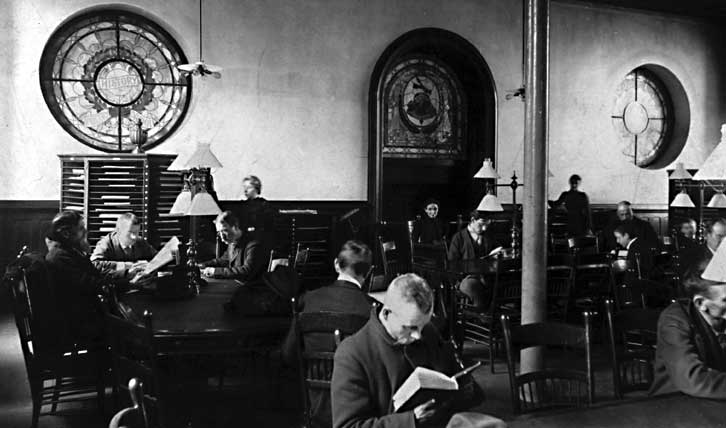 The windows were designed and manufactured by Riordan Art Glass in Cincinnati, now BeauVerre Riordan Studios (Middletown). In 1955, when the building was demolished, the windows were sold at auction, later to resurface as part of the décor of the Old Spaghetti Factory on Pete Rose Way. After the restaurant closed in 1997 to make room for Paul Brown Stadium, the Library purchased the windows and began making plans to return them to the Main Library for the appreciation and enjoyment of our customers and staff.

Thanks to the generosity of the Friends of the Public Library, opens a new window and the Annabel Fey Trust Fund, the three windows have now been restored to their original glory by River City Art Glass and Restoration, Inc. (Newport, Kentucky). They were placed on permanent display on each floor of the Main Library in January 2005, coinciding with the celebration of the 50th anniversary of the Main Library.

The restoration and display of these historic stained glass windows are dedicated in honor of Robert D. Stonestreet for his 31 years of service to the Library, including as Library Director from 1991–1998.