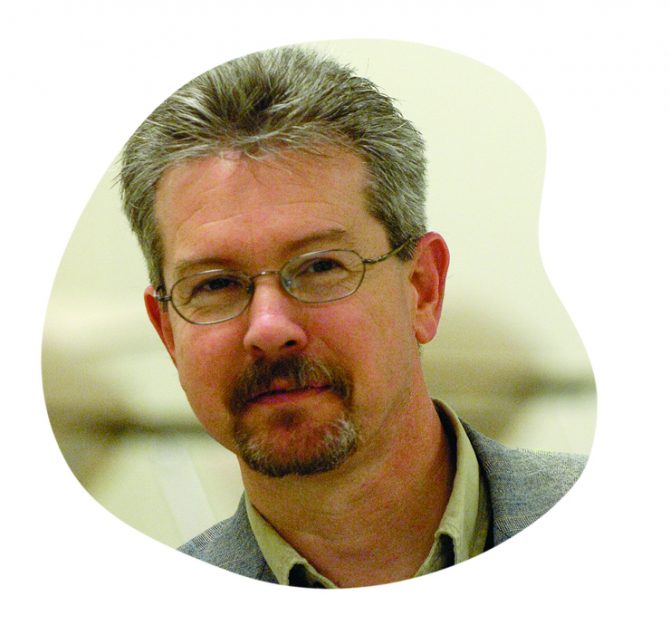 Jeffrey Hillard served as the 2015/2016 Writer-in-Residence.

Jeffrey Hillard began his residency at the 2015 Books by the Banks Book Festival, in conversation with friend and author Anthony Marra. He then focused his efforts on teaching the craft of writing, hosting poetry workshops and readings throughout National Poetry Month. He also facilitated extremely popular creative writing workshops on topics such as self-publishing and writing short stories and memoirs. Hillard also visited local schools, including Dulles Elementary and St. Xavier High School and inspired budding writers of all ages.

One of Hillard’s greatest accomplishments was bringing the Writer-in-Residence to a wider audience, through the creation of the Inside the Writer’s Head blog and podcast. There, he posted about books, writing and creativity and interviews local and nationally recognized authors.

Hillard is an Associate Professor of English and Modern Languages at Mount St. Joseph University. He is also an award-winning poet and author of four published books, The Shadow Family: Poems (1987), River Dwellers: Poems on the Settling of the Ohio River (1993), Pieces of Fernald: Poems and Images of a Place (1998), and Story’s Triumph: Mining Your Creative Writing for Its Deepest Riches. His first young adult novel, Shine out of Bedlam, was released in November 2017 and two new books of poems, Havana Riffs: Poems on Cuba and North Truro Light: Poems was released in December 2016. He is also the Publisher and Editor of RED! the breakthrough ‘zine, a webzine which shares stories of transformation in the lives of incarcerated and formerly incarcerated individuals around the world.