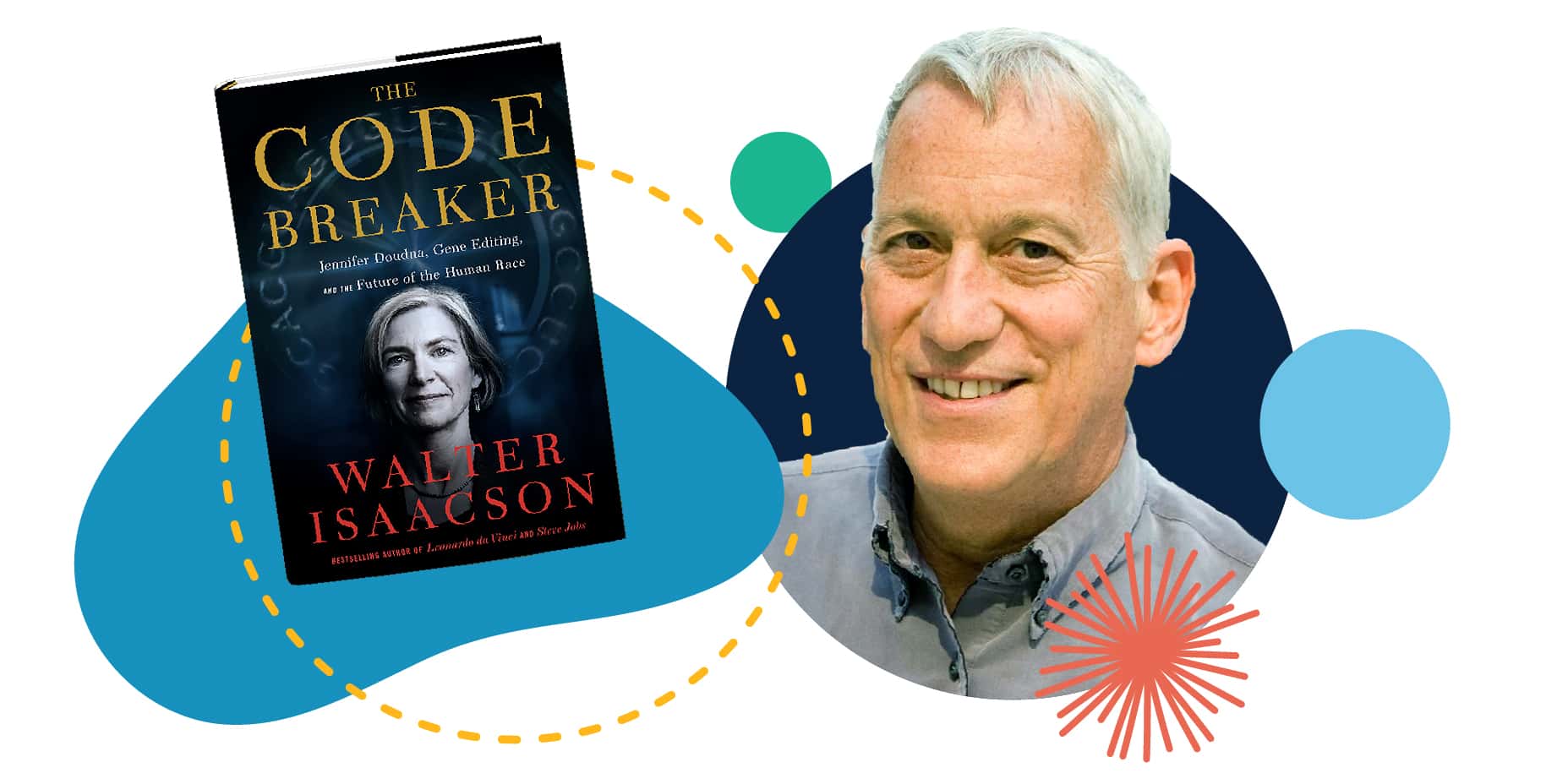 Besides their great success, Ben Franklin, Steve Jobs, Henry Kissinger and Leonardo da Vinci have another thing in common: Walter Isaacson wrote the book on them, literally.

Isaacson will speak at CHPL’s annual Mary S. Stern Lecture series, opens a new window at the Aronoff Center for the Arts this fall, showcasing his most recent book, The Code Breaker. Isaacson’s book profiles Jennifer Doudna, a pioneer in gene editing, showcasing the Nobel Prize in Chemistry winner’s brilliance in unlocking the human genome.

Like the previous Stern lectures, which featured speakers Doris Kearns Goodwin and Bryan Stevenson, tickets will be only $5. The lecture’s ticket price is designed to bring the world’s top thought leaders to the area and make them accessible to as many citizens as possible.

Walter Isaacson is many things: journalist, editor, best-selling author, public servant, advisor and professor. His authorized biography of Apple, Inc. founder Steve Jobs shared specific details about the tech pioneer, his path to success and little-known details about Jobs’ personal life and became an international best-seller – topping all biographies ever written. His ability to delve into the genius behind so many notable pioneers — such as Ben Franklin, Leonard da Vinci, and Henry Kissinger — has garnered him nearly universal acclaim from colleagues, critics and audiences.

"Mom’s dream was to bring important people to town and make them available to as many people as possible, not just the few who could afford expensive tickets,” said Peter J. Stern, M.D., chair of the Mary S. Stern Lecture Committee and Library Foundation board member. “Mr. Isaacson encapsulates this vision, through his amazing books about world-changing individuals, work as a public servant and his influential journalism. Mom would be so proud to see how her dream has taken shape.”

Throughout the summer and fall, CHPL will share more information about how to purchase tickets, join book clubs focusing on Isaacson’s books, attend panel events, and much more. Keep up with the latest information by following CHPL on social media and visiting CHPL.org/stern, opens a new window.

Read or listen to books, ebooks, and audiobooks by Isaacson free with your library card: