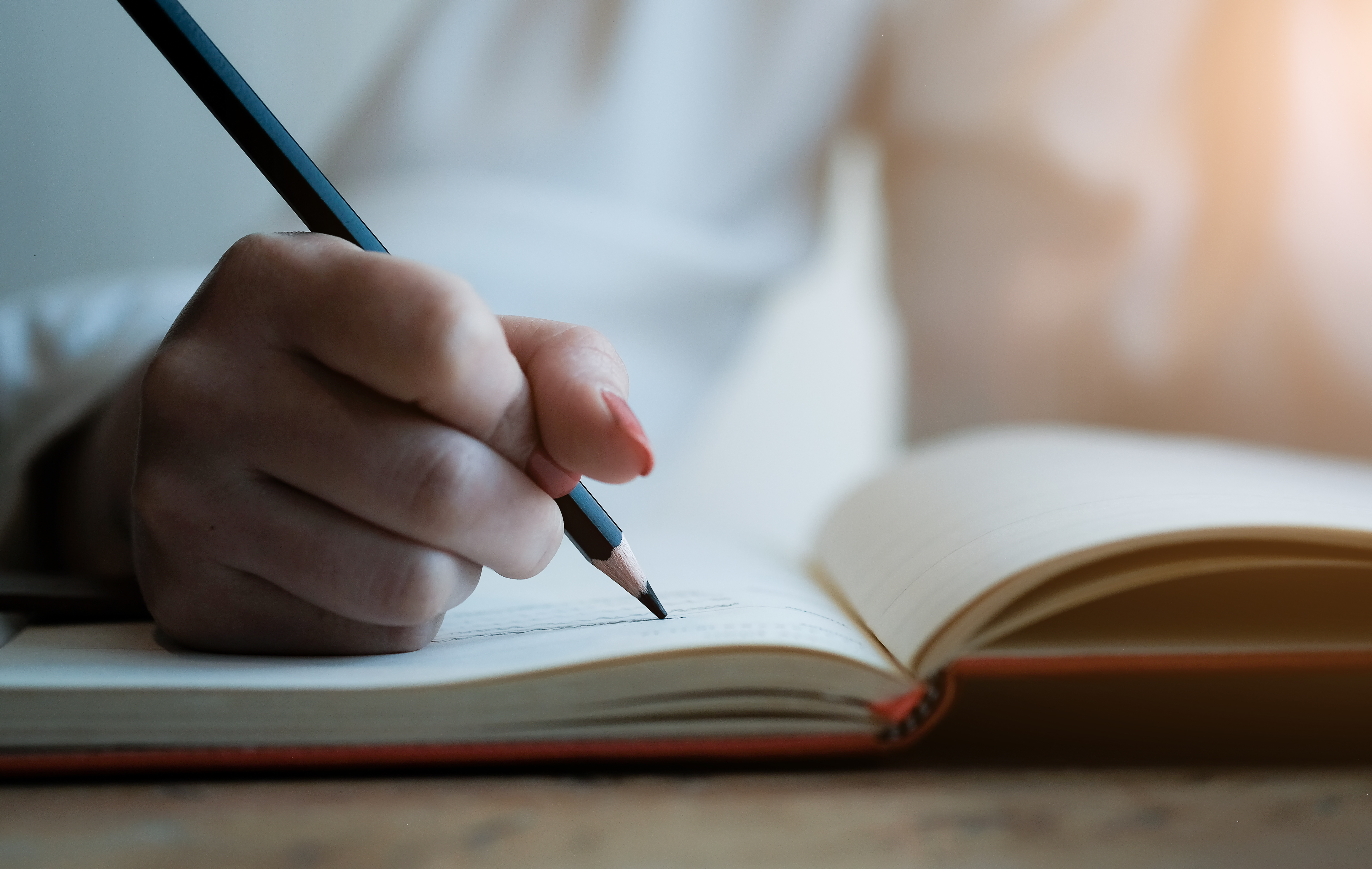 I am not the only writer who is struggling to create right now. My fingers masquerade the tapping of keys, pantomiming words onto the blank page. Even finding the energy and effort to sit down and open up a notebook or load a document on my lap top has been a challenge these days.

A habit of mine is to take a walk when I am stuck working out a scene or character. Getting out of the house and away from all the distractions allows my mind to open up and focus on the task of writing. This time I took a walk, mask on and alone on Warbler Trail in Burnet Woods, to ask how can I regain some of that creativity I found so easily before COVID-19?

A few footsteps into the trail, I took in the budding green leaves sprouting from sun-stretched branches, inhaled the fresh aroma of new flowers, and saw a red tanager dart through the canopy and a baby groundhog waddle among the tall grass. There will be an after to this pandemic. New stories, novels, poems, and lyrics will be needed to discuss and remember this colossal moment in time. Suddenly my attempts at writing felt necessary again—both from a creating perspective as well as therapeutic.

I began to use some literary-themed games to spark my creativity. Here are three examples:

“Frankenstein, light of my laboratory, fire of my beakers. My sin, my decomposed corpse. Fra-nken-stein: the tip of the sewn-together-tongue trampling its three stitched parts down the palate to touch, at three, on the rotten teeth. Fra. Nken. Stein.

He was Fran, plain Fran, in the boarding house, standing eight feet tall with neck bolts. He was Frank in shackles. He was Frankie on the slab. He was blank on the dotted line. But in my lab he was always Frankenstein.”

Or how about William Faulkner's famous short chapter from Call of Cthulhu:
“Cthulhu is a fish.”

What If: Take a character from one novel and insert them into another novel. Write a summary of the plot.

What if Conan the Barbarian was in The Three Musketeers:

“Conan, that rash Cimmerian, left the northern steppes with his broadsword, healing potion, and letter of introduction to Monsieur Treville, leader of the Musketeers. Immediately, Conan traded the letter for some fine wine, muttering to himself with his husky voice, what good is an introduction when I can plunder instead? Upon arriving in Paris, Conan's barbarian ways drew the attentions of Athos, Porthos, and Aramis, three musketeers with nothing left to lose. But the hasty Cimmerian dispatched their heads with his broadsword, befriending Robespierre only to loot him of his treasures, discovering his nocturnal communications with the dread Tsathoggua, and saving King Louie's life from an occult sacrifice plot. Made a Musketeer, Conan surveyed Paris from the roof of the Louvre, wind blowing back his long black hair.”

Exquisite Corpse: One person starts a story and passes it to others who add onto the story until completed. This is great for families with multiple children or to try doing it by postcard with friends long distance.

First writer: “The witch lived inside three trees, at least according to the song. The tune made its way to Bragelonne by popular troupes on the road to the Castle of Forgotten Spires, but became part of the local songbook, especially with the drunk and frothy players at the Asp Golden Inn.

However, since Bragelonne was in love with the light, fleeting dances of the plainsfolk, many locals dismissed it as a mountain song. They downtuned the chords, replaced the birch copse with more local haunts, and played it much too fast for Trem's taste. But he never forgot the first time he heard the song.

The stranger arrived unannounced to the harvest festival, a tall man with curious hair, icy irises so sharp against the whites of his eyes, a filthy cloak from hard traveling, and a lute in his grimy hands. Few listened to the opening chords when his raspy baritone voice pulled their attention away from their cakes and four-steps. Trem was with his mother, eating frostcones and begging to see the lanterns down by the creek, when he saw the lutist deftly making his instrument moan like it was alive. By the time “Visions of Saralind” was over, the townsfolk consciously used their sleeves to disguise their tears as coughs.”

Second writer: “Years passed and the song faded in the town’s collective memory, if
not in Trem’s heart. He took an apprenticeship with the town’s apothecary and spent much of his time gathering, sorting, and preserving various herbs. Often, wandering alone in the darker regions of the forest, Trem whistled the song as he walked.

It was on one of these deeper forays into the wilderness, in search of an obscure plant that his master referred to as musk mallow, that Trem suddenly came across, in fact very nearly tumbled into, a dry creek bed that he had never seen before. With a quick glance upwards, Trem estimated that he had five or so hours before sundown and could afford a bit of exploration. And anyway, perhaps he’d find the musk mallow along the way. With this thought, he hefted his small knapsack back onto his back and scrambled down into the creek bed, turning northeast, away from the town and his home.”

Hopefully, these three games will unlock writer's block for you because writing is not selfish, unimportant, or unhelpful; it is necessary. Once we re-open and adjust to the new way of life, we will need stories to entertain and educate us, to fire our imaginations, and to remind us we are not alone.

You can join Adam for his monthly Library podcast Warlock Vorobok Reads premiering Monday, May 18 on Soundcloud, Spotify, and Apple Podcasts.