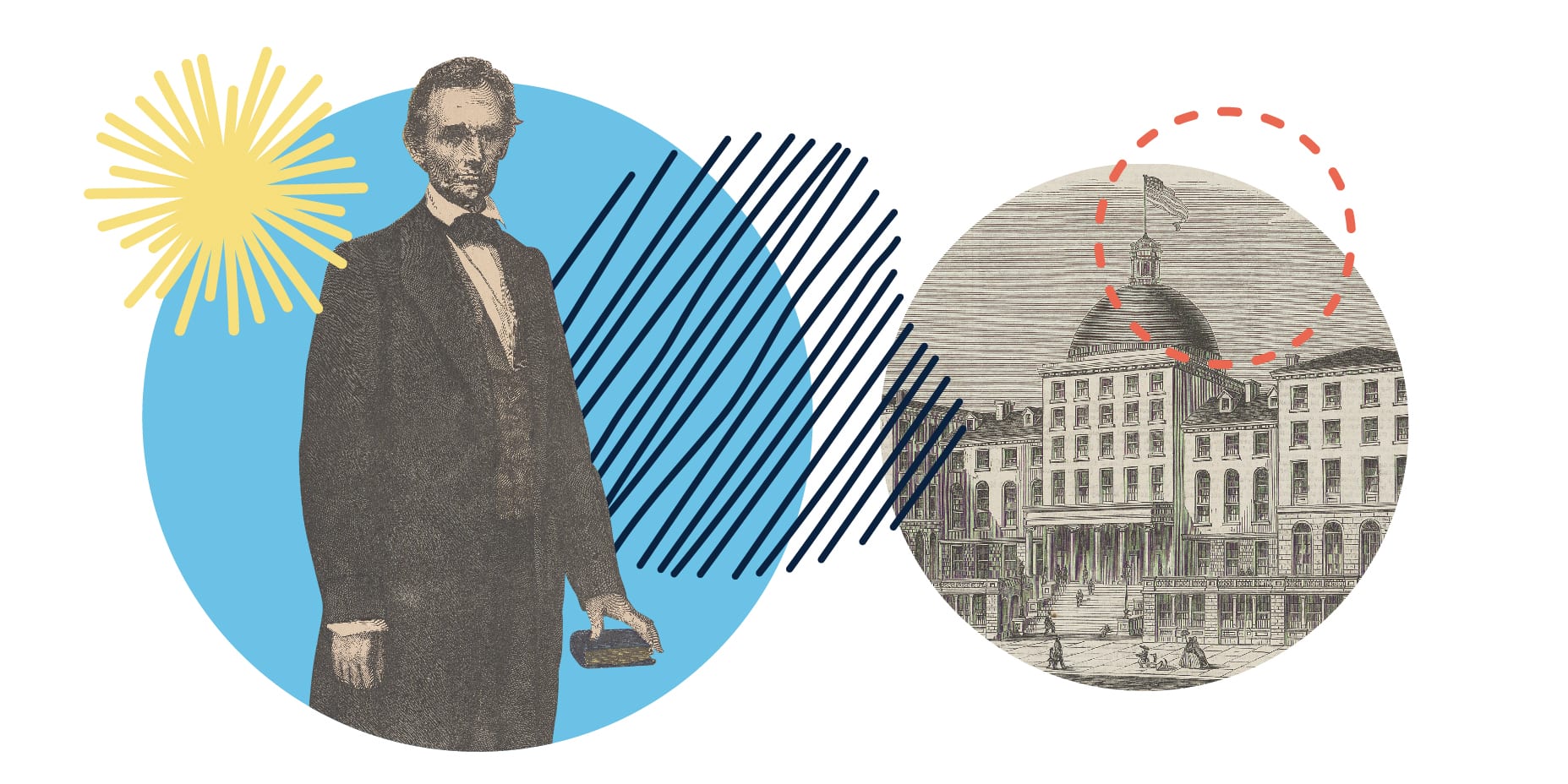 The book focuses on presidents Abraham Lincoln, Theodore Roosevelt, Franklin Delano Roosevelt, and Lyndon B. Johnson to show how they first recognized leadership qualities within themselves and were recognized by others as leaders.

In celebration of the lecture, the Library is exhibiting its collection of Lincoln letters and memorabilia in the Cincinnati Room, on the third floor of the Downtown Main Library. The exhibit can be viewed any time the Library is open through the end of the year. The contents of the exhibit also have been digitized in high-resolution and are available for viewing in CHPL's Digital Library.

Lincoln visited Cincinnati three times in his life. His first visit in September 1855 went so poorly he wrote, “… in reply to your request for me to come again I must say to you I never expect to be in Cincinnati again. I have nothing against the city, but things have so happened here as to make it undesirable for me to ever return.”

Working as an attorney in a patent dispute case of McCormick vs. Manny, Lincoln was hired to assist a larger law firm since the trial was expected to take place in Chicago and he would be familiar with judges there. However, the trial was moved to Cincinnati and the lead attorneys George W. Harding and Edwin M. Stanton had no further use for Lincoln but didn’t bother to apprise him of that fact.

So, Lincoln came to town to assist with the case only to be rebuffed by Stanton who was quoted as saying that he would not associate with “such a damned, gawky, long-arm ape as that.”

Apparently, Lincoln didn’t hold a grudge since he chose Stanton as his secretary of war once he became president.

His next visit would be for an evening speech in September 1859 at the request of local Republican Party officials. He would go on to be that party’s presidential nominee in 1860. Welcomed “amid the boom of cannons, the firing of rockets and martial strains from bands of music.” Lincoln spoke to 4,000 by the glow of gas lights and bonfires from the second-floor balcony on Fifth Street. In a very partisan time, reaction to the speech seemed to be based on your party affiliation.

The Cincinnati Enquirer certainly wasn’t impressed: “We do not say that we have read it: it is not worth reading… It is in a single word, trash – trash from beginning to end …”

Lincoln last visited Cincinnati on his way to Washington, D.C., to be sworn in as president in 1861. As Edward L. Widmer recounts in his book, Lincoln on the Verge, he was met by a large and exuberant crowd that wouldn’t rest until he shook as many of their hands as possible.

Interestingly, one of the items in the exhibit came from this visit. A small 34-star American flag that was on the carriage that carried Lincoln from the train station to his hotel fell to the ground and was apparently stepped on by one of the six white horses pulling the carriage before it was picked up by a young Charles Hanselman, whose family eventually donated the flag to the Library.

The Lincoln letters featured in the exhibit were donated to the Library by the estate of Betrand B. Kahn in 1965.

Share Your Perspective: Attend a Book Club or Community Forum

The Library is offering several book clubs leading up to Goodwin’s visit. You are also welcome to attend community forums co-hosted with the local, non-partisan think tank, Action Tank, focused around the central themes of leadership found in Leadership in Turbulent Times. Find information and registration on our online events calendar.

The Mary S. Stern Lecture Series is possible through an endowment to The Library Foundation. Learn more about the annual Mary S. Stern lecture.

Address by Abraham Lincoln of Illinois in Cincinnati, Ohio, Sept. 17, 1859