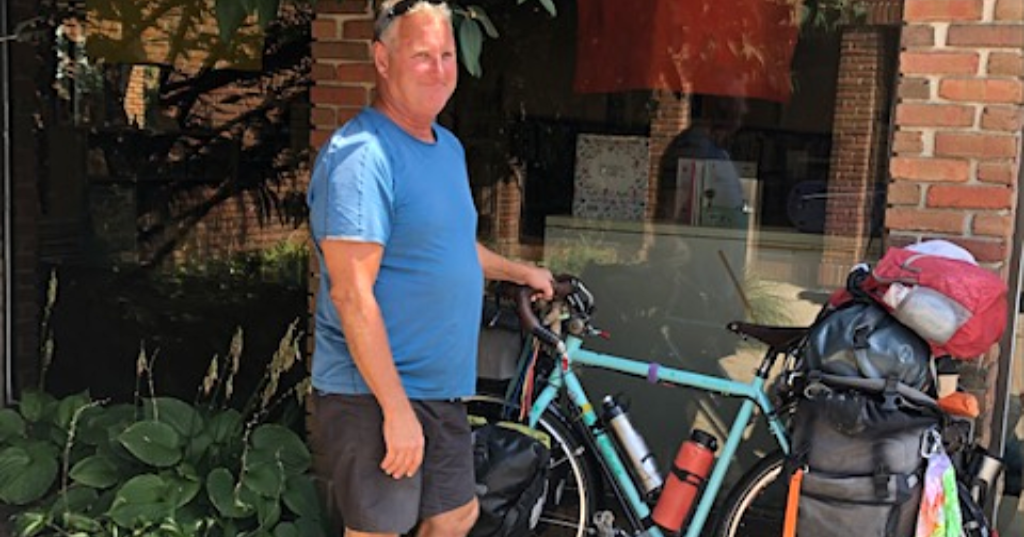 “It’s been epic from day one,” says Mariemont Branch Library visitor Roger Brooks, describing the past eight years of his life living as a bicycle nomad. Brooks, who goes by “Dodger,” crisscrosses the country biking by day, camping by night. No car, no cell phone, no bills to pay, no boss except for himself.

Dodger is an avid library user and advocate. He finds a library wherever he goes and adopts it as his hangout to read and use computers for mapping, business, and entertainment.

Why did he choose this life? Dodger says a health scare landed him in the hospital in 2004, brought on by stress, poor diet, and lack of exercise.  A California native, he’d owned businesses since his teen years, had made and lost lots of money, known successes and made many mistakes. “I owe this incredible life to my many failures,” he says. Flat on his back he took stock of his life and decided he valued freedom above everything.  He read books—Tolstoy, Melville, Tolkien, Gandhi, Dickens, Twain. He set on a formula for physical health: “Eat mostly plants and move your body.” 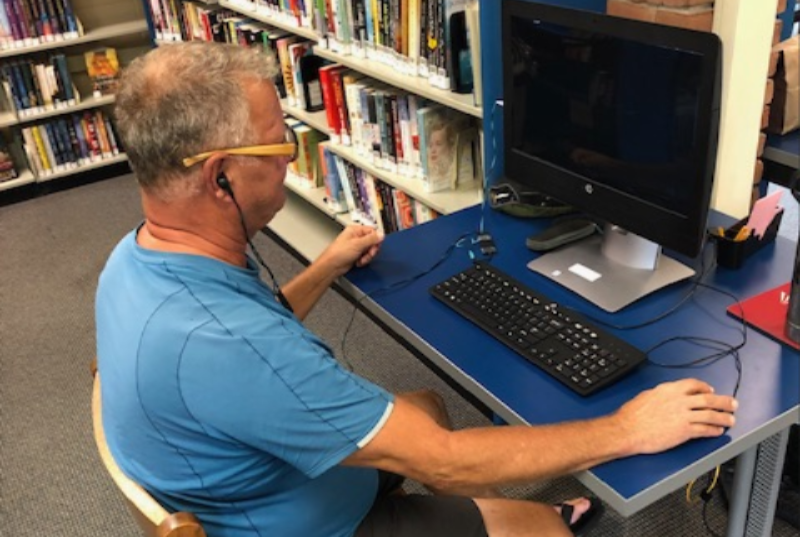 First, he tried yacht living in Alameda, California, but found it cost-prohibitive and a burden living under maritime law. Eventually, Dodger settled on a life of travel and camping, with his bike as the vehicle and possessions thoughtfully curated to 65 pounds of gear.

Now, he follows the seasons, wintering where it’s warm. When he leaves Cincinnati he’ll head north to Lake Erie then northeast to Massachusetts, to catch fall in all its glory. With no cell phone or GPS how does he find his way?

“I talk to people,” Dodger says. “I go to the Library and look up maps on the internet.” He is respectful. “I never describe a place as ‘the middle of nowhere’ because everywhere is somewhere.” He does get the occasional hassle from folks suspicious of strangers. It’s not every day one meets a traveler untethered to a car, truck, RV, or fixed address, but most people are intrigued by the why and how of his lifestyle. He says he often “holds court” with fellow campers, cyclists, and hikers, sharing stories and chorizo tacos cooked on his camp stove.

Making use of his Public Library of Cincinnati and Hamilton County Library Card, Dodger is currently reading Culture Against Man , opens a new windowby Jules Henry, The Darkening Age: The Christian Destruction of the Classical World , opens a new windowby Catherine Nixey, and All the Pretty Horses, opens a new window by Cormac McCarthy. He leaves the Library books at the branch so they are safe from the elements. He views Library DVDs and streams events like the U.S. Open of Surfing in Huntington Beach, California, reminiscing about his surfer past. 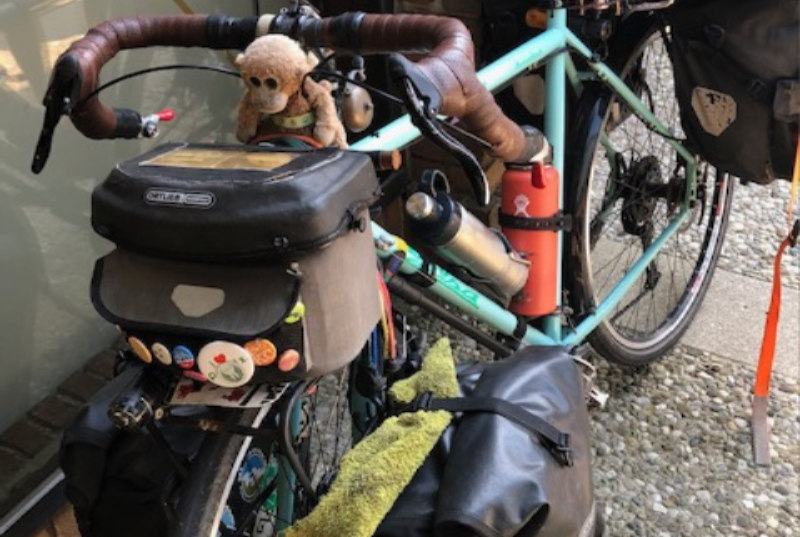 Dodger also uses the Library computers to support his entrepreneurial small business and has plans to visit the Downtown Main Library’s Makerspace, opens a new window. He uses Thingiverse and 3-D printers to fabricate bicycle gadgets and sewing machines to mend clothing, gear bags, and Navvy, his stuffed monkey mascot who occasionally is chewed on by critters. He epitomizes the most basic goal we have for our customers: providing the services they need in safe, comfortable, easy to use facilities.

Over the past eight and a half years, many news agencies have asked Dodger for an interview but he always declines. The Library, he says, is different. We don’t require you to buy anything, we provide access and materials and welcome to all. Dodger has visited over 200 libraries across the U.S.

When questioned about his lifestyle, he sums it up simply. “It’s not about the bike,” he says. “It’s about being free."