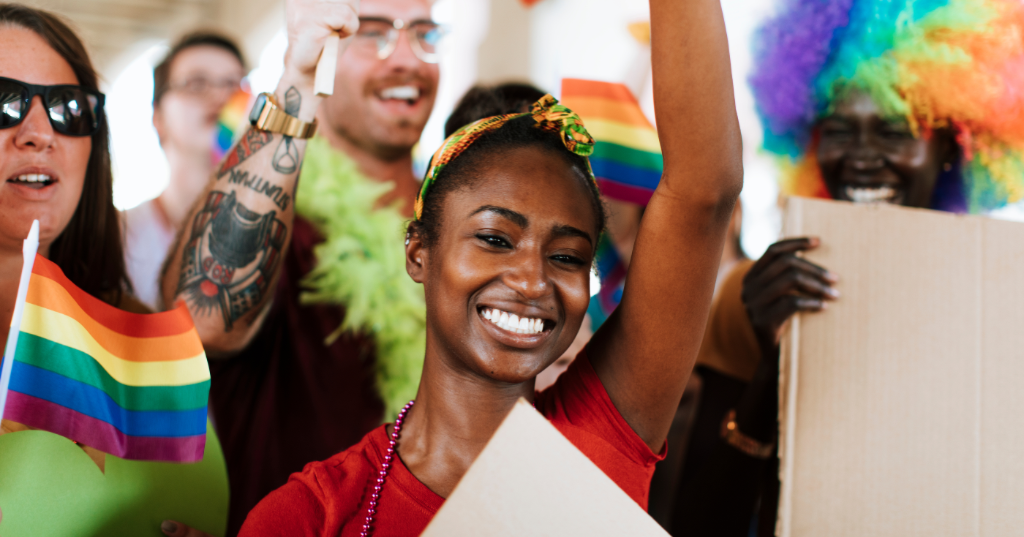 On June 28, 1969, in the early morning hours, NYPD officers raided the Stonewall Inn in Greenwich Village, a neighborhood of Manhattan in New York City. The Stonewall Inn was one of a small number of bars that welcomed openly queer people during this time period and was targeted by police because of it. Tired of being brutalized and harassed for being themselves, a near-daily occurrence, those at Stonewall that night, many of them trans women of color, rose up and fought back. Iconic figures such as Marsha P. Johnson, Sylvia Rivera, Miss Major Griffin-Gracy, and Stormé DeLarveri are widely considered to be the godmothers of the LGBTQ+ liberation movement for the role they played in the Stonewall Rebellion and the movement they ignited in its the aftermath. Despite this recognition within the LGBTQ+ community, they are still overlooked by a vast majority of American history texts.

Stonewall was a major turning point. The rebellion was a catalyst that launched the large scale LGBTQ+ liberation movement of the following decades. Up until this point it had been made up of small fractured groups. After the uprising, the movement launched into a nationwide, radical grassroots effort.

As Chrysanthemum Tran duly points out in their article on Them.com, opens a new window, “To attribute the Stonewall riots to a singular person erases the efforts of countless people who put their lives on the line for LGBTQ+ liberation.” It's important to recognize the role certain individuals played at Stonewall and the unwavering commitment to the fight for liberation they had throughout their lives. Activists also want to shine a light on the contributions of lesser-known trans women of color, gay and lesbian youth experiencing homelessness, trans men, and others who rose up that fateful night.

This year marks the 50th anniversary of the Stonewall Rebellion, opens a new window, which makes this Pride month all the more special. We couldn’t be more excited to commemorate the lesbian, gay, bisexual, transgender, queer, questioning, intersex, asexual, nonbinary, two-spirit, gender nonconforming, pansexual people of our communities and staff along with their allies. We're marching in the Cincinnati Pride Parade, opens a new window Saturday, June 22, and we’ll also have a booth at the festival as well.

But Pride is more than a parade. It’s an opportunity to listen to, hire, and pay people in the LGBTQ+ community. It's a chance to volunteer with local grassroots organizations, speak up and support LGBTQ+ rights, and educate yourself and those around you. Pride shouldn’t be something we celebrate and recognize just in June. These are all actions that can be taken year-round.

With this in mind, we’re hosting a series of events and exhibits to honor the milestones of Cincinnati Pride and Stonewall 50. Events include a Community Conversation at the Main Library that asks the question, “Is it still revolutionary to be openly queer?” The activist group Queer Nation once proclaimed that “every day you wake up alive, relatively happy, and a functioning human being, you are committing a rebellious act. You as an alive and functioning queer are a revolutionary.”

"While there’s a bevy of issues to discuss from wedding cakes to bathrooms to the military, these topics ended up being too narrow when we are trying to engage the whole LGBTQ+ community," said Robert Macke, Senior Library Services Assistant and co-facilitator for many of our Pride-related programming. "These topics focus on passive action; these are legal matters that affect the LGBTQ+ community. If we want to engage the community in this conversation, then we want to make the discussion active. To do so, we needed to frame the conversation as, “how does the LGBTQ+ community affect the legal system?” From there, I felt more comfortable narrowing the scope of the conversation. I researched queer political movements before and after the Stonewall Rebellion for inspiration. I looked at groups like The Daughters of Bilitis, The Mattachine Society, and ACT UP and eventually came across the Queer Nation quote. Almost immediately after reading it, I knew that I wanted to frame the conversation around that passage."

We'll delve into the question of whether LGBTQ+ identities are still viewed as radical in the eyes of the law, society, and ourselves today. This conversation will explore the legal issues experienced by the LGBTQ+ community and what direct actions can be taken to affect change. It will take place on June 15 at 3 p.m. in the Popular Library Lounge where every voice matters in this safe and respectful environment. 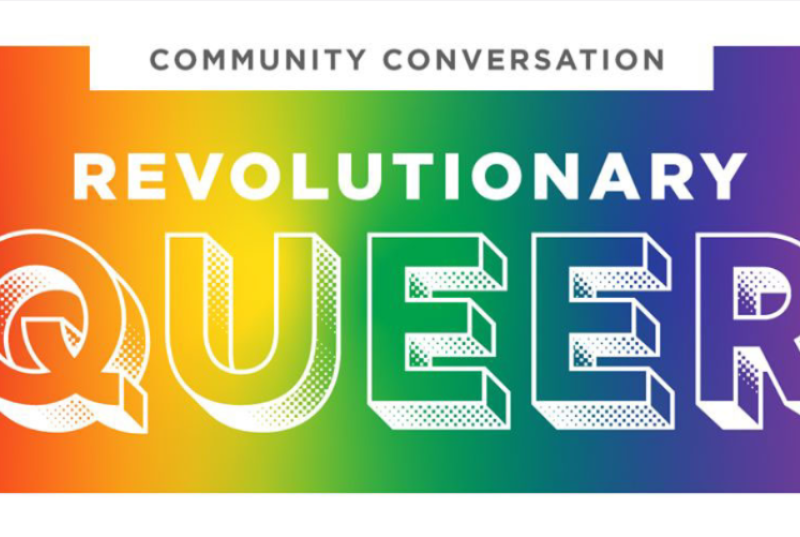 June 17 marks the launch of the exhibit in the Atrium of the Main Library: Celebrate The Legacy of Cincinnati Pride: Strong, Safe, Supported. The exhibit runs through July exploring important, fascinating, and meaningful library materials, community relics, and memorabilia from past decades that celebrate and reflect on milestones and challenges of our LGBTQ+ communities.

Additionally, the Library is hosting a series of discussions that will be broadcast to the community throughout the summer and fall that focuses on LGBTQ+ intergenerational discourse, literature, and more. Many of our branch libraries have special displays with books, movies, and local resources centering the LGBTQ+ community.

“Everyone who comes into the Library should see themselves reflected in the books and services we provide,” said Macke. “This is especially true for youths. According to a 2017 National School Climate Survey, only 19.8 percent of LGBTQ+ students were taught positive representations about LGBTQ+ people and history. Only 41 percent could find information about LGBTQ+ issues in their school library. When students have this exposure, they have higher self-esteem, lower levels of depression, they were less likely to miss school, and were more likely to have higher GPAs. By offering these materials and events at the Library, we show that we are committed to being a welcoming environment.”

Be sure to visit the Events page, opens a new window on the Library website to stay up-to-date with all of the Pride-related events we’re hosting this month and throughout the year.