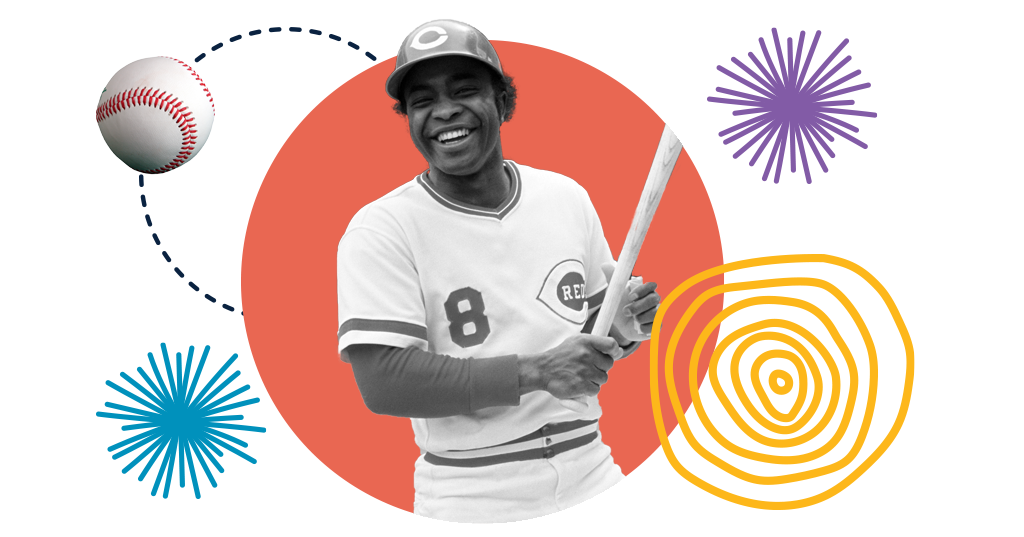 Anyone living in Cincinnati in the 1970s, whether they were a baseball fan or not, knew the Big Red Machine. Or rather, they knew the men who built it: Pete Rose, Johnny Bench, Tony Pérez, Ken Griffey Sr., Dave Concepción, George Foster, César Gerónimo and, of course, Joe Morgan.

With two World Series championships and National League MVP titles under his belt, Morgan’s relationship with the Reds and the city of Cincinnati didn’t end with his retirement from active play. He went on to be a broadcaster and, later, special advisor to the Reds. Fans could hang out with him at the Reds spring training events. Kids could play ball with his model glove.

Morgan was inducted into the Cincinnati Reds Hall of Fame in 1987, and his jersey, No. 8 was retired. His statue at Great American Ball Park was dedicated in 2013.

Joe Morgan is as much a part of Cincinnati as Flying Pigs and three-way chili. And we salute him.

Our Librarians created a list of materials that honor Reds history and Morgan's contributions to the team and the sport at large.