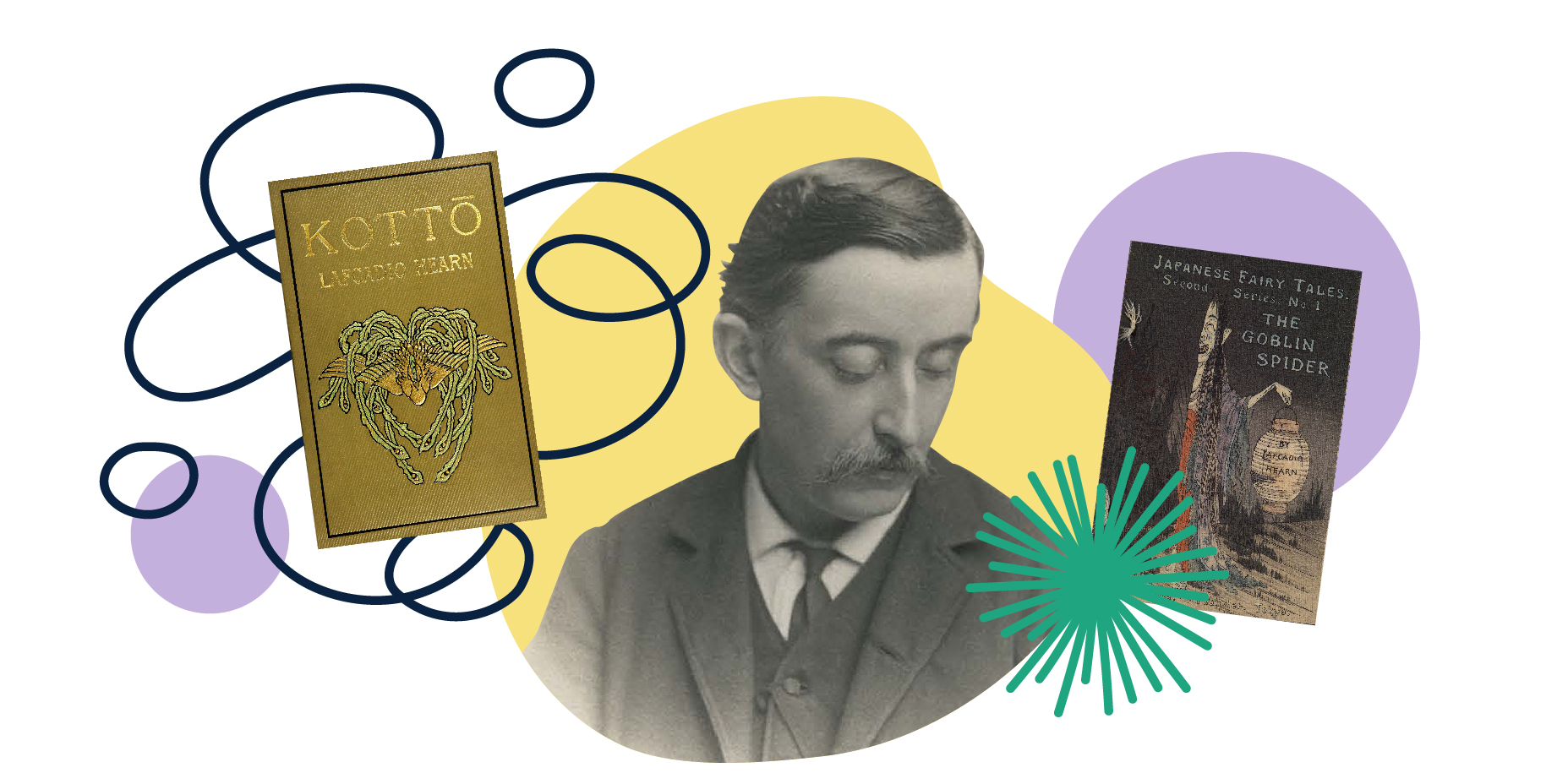 On the first Thursday of each month, our Geneology and Local History Department "throws back" to a time in Cincinnati's history that is featured in our Library's wide-ranging collection of more than 9 million materials.

Patrick Lafcadio Hearn was born June 27, 1850, on the Greek island of Lefkada to a Greek mother and an Irish father. After a series of conflicts, Hearn’s father arranged for him and his mother to be sent to Dublin, Ireland. His father left Dublin in 1854 to join a company in the Crimean War, leaving his homesick and pregnant wife alone with 4-year-old Hearn. His mother eventually returned to Greece to have her second child, leaving Hearn in the care of his great-aunt in Dublin. Hearn never met his brother, Daniel, until later in life. Under the care of his aunt, Hearn spent several years at a Catholic boarding school in Yvetot, France, before being sent to St. Cuthbert's College in England. 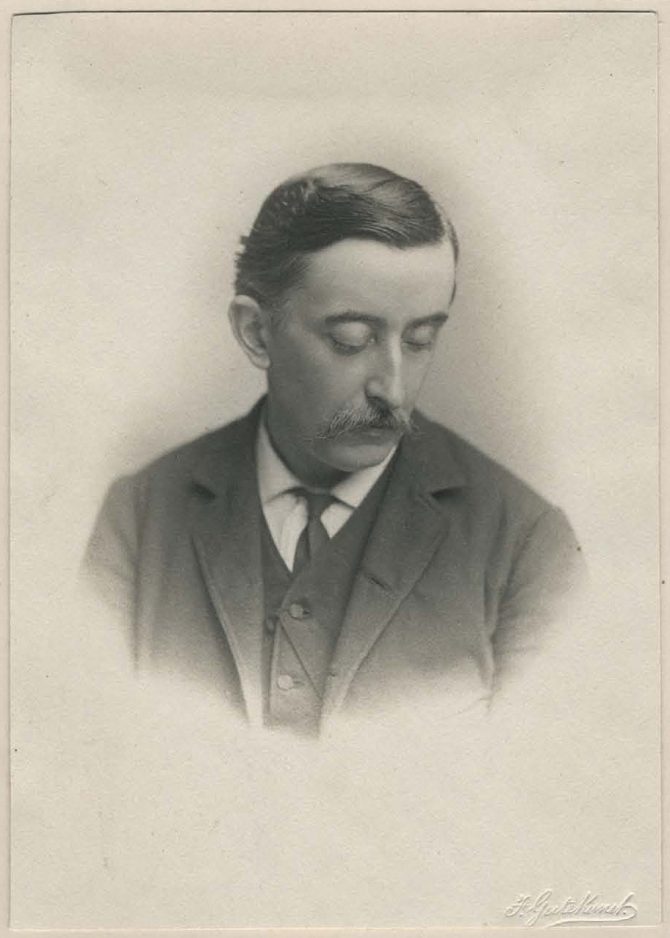 While at St. Cuthbert’s, a schoolyard mishap caused an injury that resulted in blindness in his left eye. Self-conscious about his appearance, Hearn went to great lengths to hide his disability often posing in profile for photographs. In 1867, his great-aunt became bankrupt and Hearn was sent to London to make his own way. While there, Hearn wandered the streets working various odd jobs and often visited the British Museum. After his great-aunt’s finances recovered a bit, her financial advisor Henry Molyneux sent Hearn a one-way ticket to New York City instructing him to locate Molyneux's sister and her husband who lived in Cincinnati.

Hearn was 19 years old when he landed in Cincinnati with only $5 to his name. He was quickly befriended by a printer named Henry Watkins, who employed him in his printing business. Watkins gave him a room in the back of his print shop for lodging, lent him books from his personal library, helped him find various odd jobs, and encouraged him to write. Hearn also frequently visited the Cincinnati and Hamilton County Public Library to browse the collection and gather inspiration for his writing. He briefly was the private secretary for Thomas Vickers, CHPL’s director. In the 1950s, Vickers’ family donated his personal collection of Hearn material to the Library. 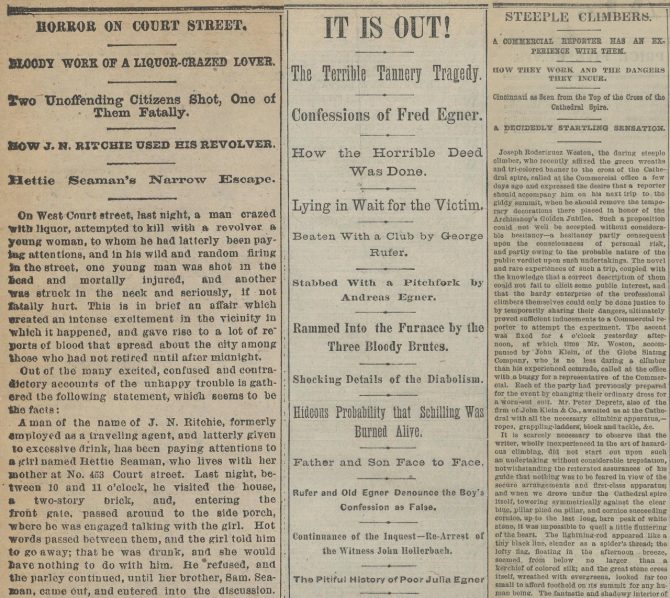 In June 1874, Hearn married a Black woman, Alethea "Mattie" Foley. At this time in Ohio’s history, interracial marriage was illegal under the anti-miscegenation law. Hearn was fired from the Cincinnati Enquirer in August 1875; the reason was this illegal marriage to Alethea. It was then that he acquired a job with the Cincinnati Commercial. He and Alethea eventually divorced in 1877.

Hearn contributed hundreds of articles about the city while working at both newspapers. He was known for his colorful accounts of local murders, developing a reputation as a sensational journalist. In addition to true crime, Hearn also was passionate about giving a voice to the marginalized people of Cincinnati by telling their stories. 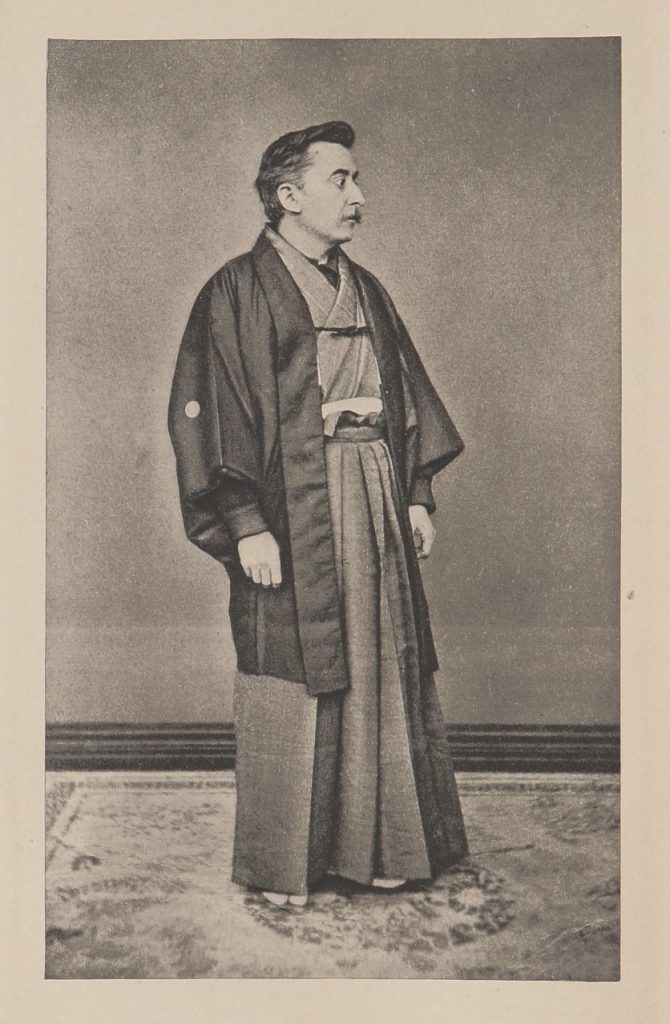 Soon after his divorce from Alethea, Hearn moved from Cincinnati to New Orleans, then Martinique, and finally settled in Japan in 1890. He always wrote of the diverse cultures and lifestyles he witnessed and was the first Westerner to translate Japanese stories and fairy tales into English. While in Matsue, he also taught English to the local students.

He became a Japanese citizen, married, and had four children, taking his wife’s family name and was known by the name Koizumi Yakumo until he died. Hearn died in Tokyo Sept. 26, 1904, and is still a beloved figure in Japan. The Lafcadio Hearn Memorial Museum, opens a new window in Matsue, Japan, was erected next to the modest home in which he lived and is still open for visitors today. The island of Lefkada honored the life and legacy of Hearn by opening the Historic Center of Lafcadio Hearn in 2014.

View these files in our Digital Library:

4. Selections from the Lafcadio Hearn Collection, opens a new window