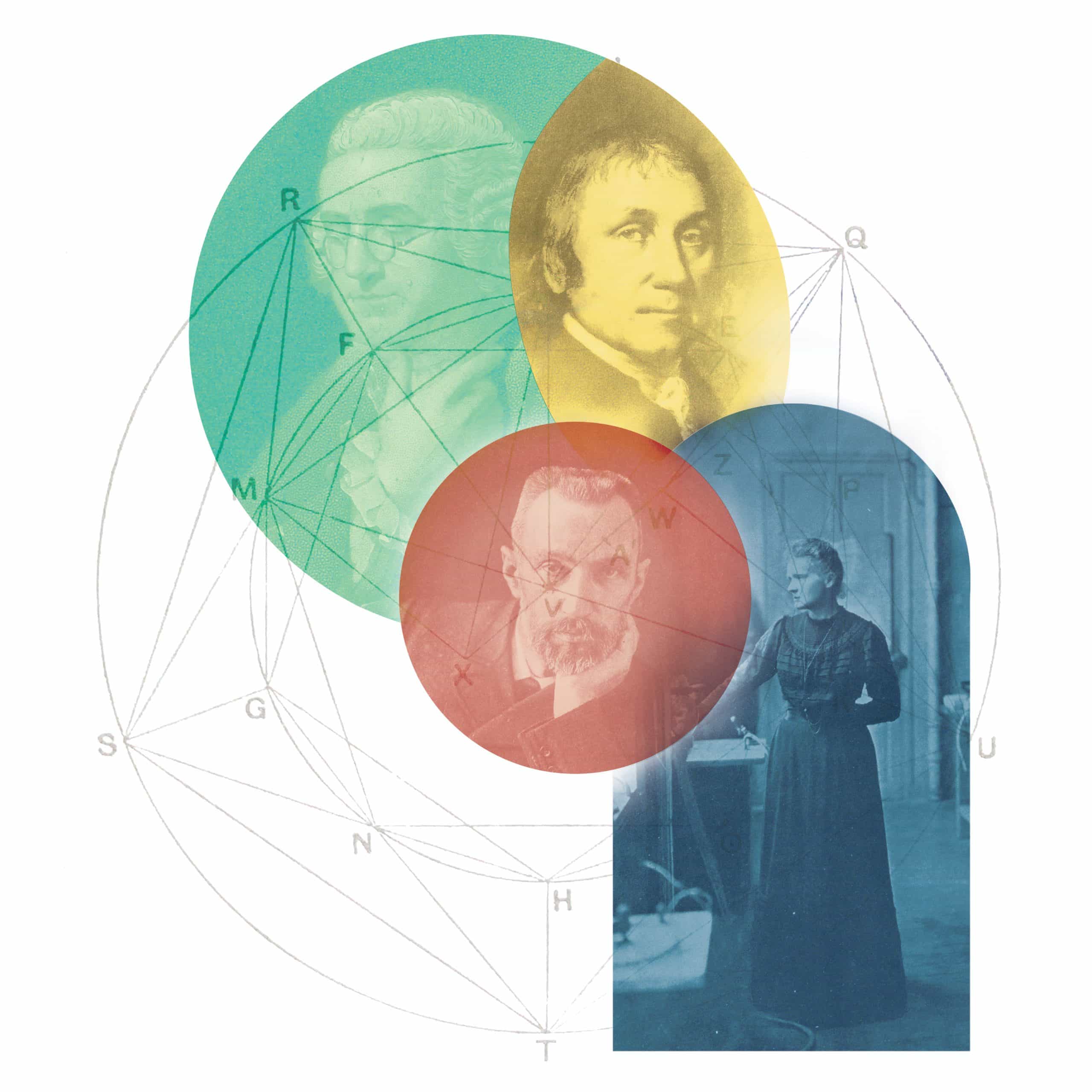 Acclaimed historian, journalist, and biographer Walter Isaacson is the 2022 Mary S. Stern Lecturer, opens a new window on October 6 at the Aronoff Center for the Arts. 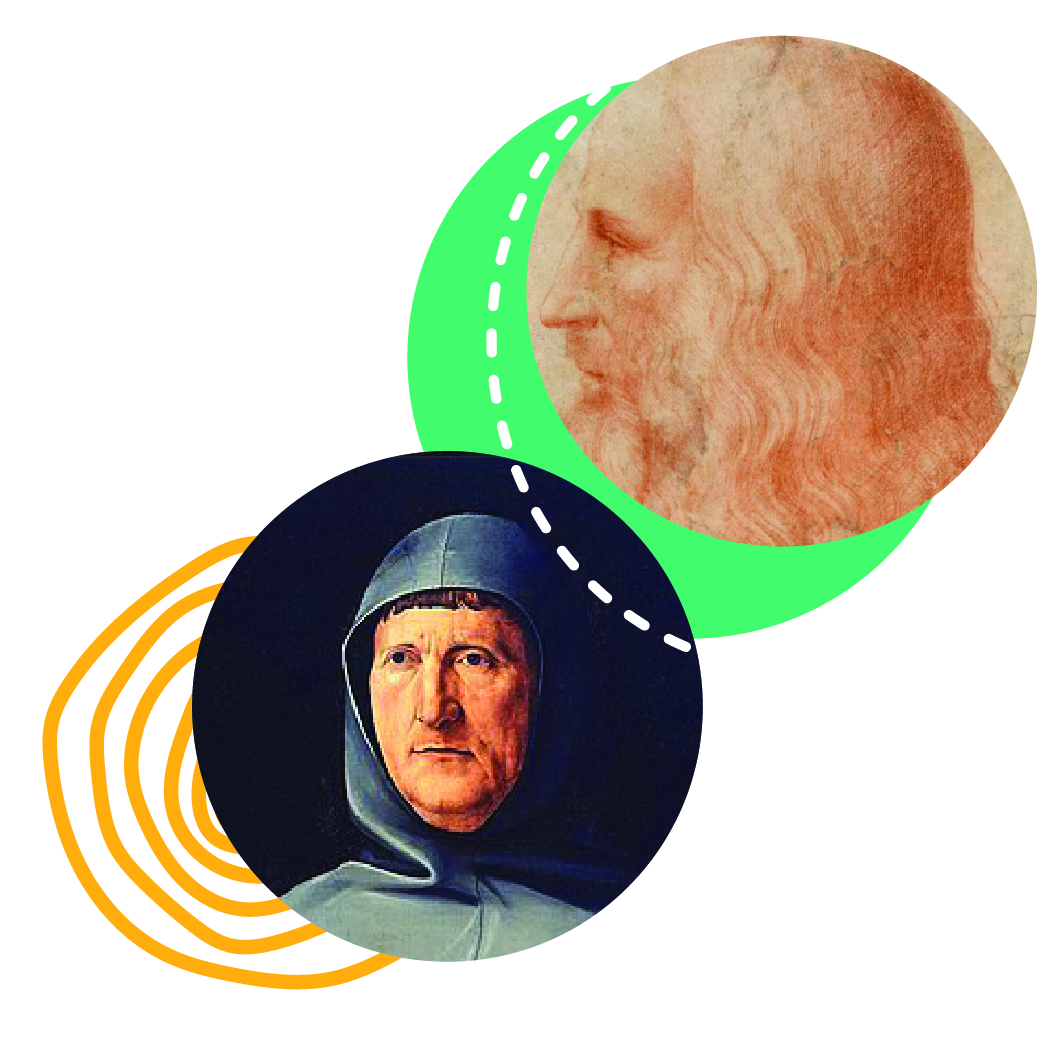 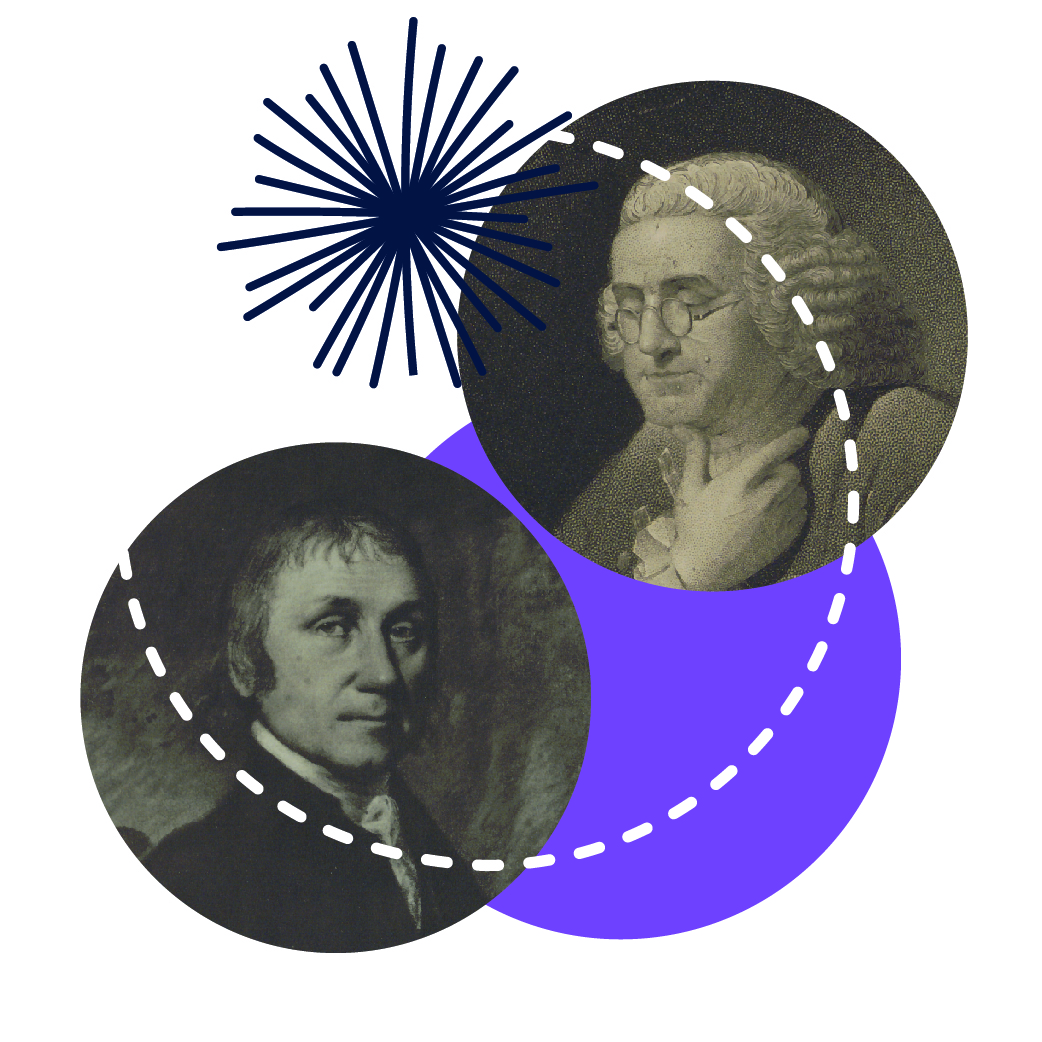 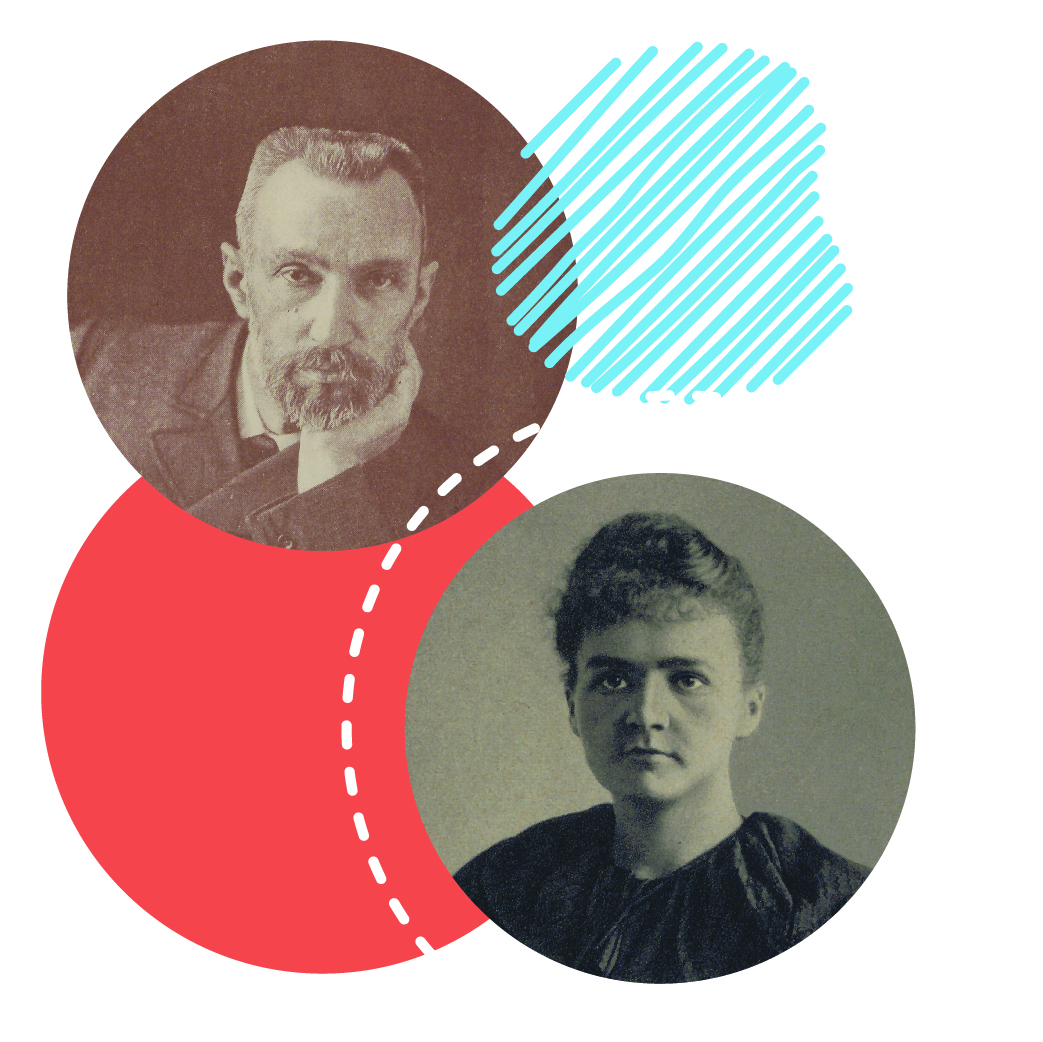 Written in 1497, De Divina Proportione is a product of the collaboration between two of the finest minds of the Renaissance: mathematician Luca Pacioli and artist Leonardo da Vinci. An intersection of science and art, the book stands as a testament to how working across disciplines can expand human understanding and broaden the application of ideas – to majestic effect.

Luca Pacioli and Leonardo da Vinci met at the end of the 15th century while serving in residence at the court of Ludovico Sforza, the Duke of Milan. Packed with artists, architects, engineers, mathematicians, musicians, medical researchers, and scientists, Sforza’s court was considered one of the most exceptional in Europe. It supplied an environment that sparked discussion and fed the development of ideas among some of the most impressive and diverse thinkers of the age. While Pacioli taught da Vinci mathematics, da Vinci drew a set of illustrations of geometric shapes for Pacioli’s text of De Divina Proportione, the book that would offer a mathematical foundation central to the understanding of aesthetically pleasing artistry and architecture and influence countless creators in the decades to come. 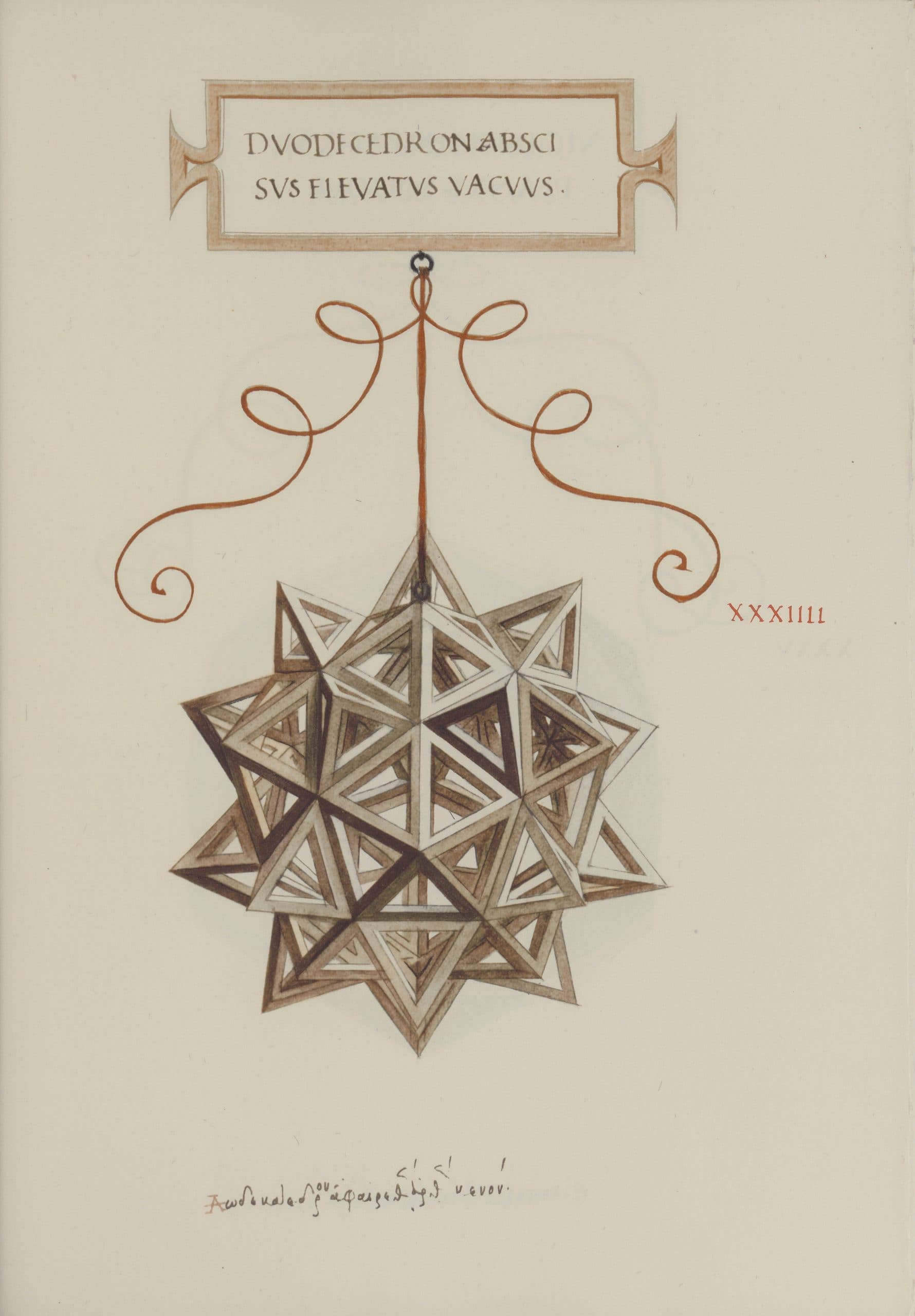 De Divina Proportione is a study of the golden ratio, or divine proportion, a term first coined by Pacioli, and a formula first studied by ancient mathematician Euclid in 300 B.C. It represents the relationship that occurs when you divide a line into two parts in such a way that the ratio between whole length and the longer part is equal to the ratio between the longer part and the shorter part [ a : b = b : (a + b) ], yielding an irrational number, approximately 1.618.

The CHPL collection contains a facsimile or exact copy of a portion of the original first printing of De Divina Proportione, published in 1509 and held by Biblioteca Ambrosiana in Milan, Italy - one of only two that remain in the world. Printed in 1956, this copy is number 206 of the only 280 designated for this particular edition.

Da Vinci’s illustrations not only apply the proportion, but do so by using a method and perspective that had never been done before. Part of da Vinci’s genius was that he could visualize the shapes in his mind as three-dimensional objects, then translate them to the page.

In addition to solid drawings of the shapes, he also provides a corresponding “vacua” or hollow version, constructed as if made of wooden beams. The empty faces enable one to see through to the rear surfaces, revealing which solid edges belong to the front and which to the back, thus making them more comprehensible. 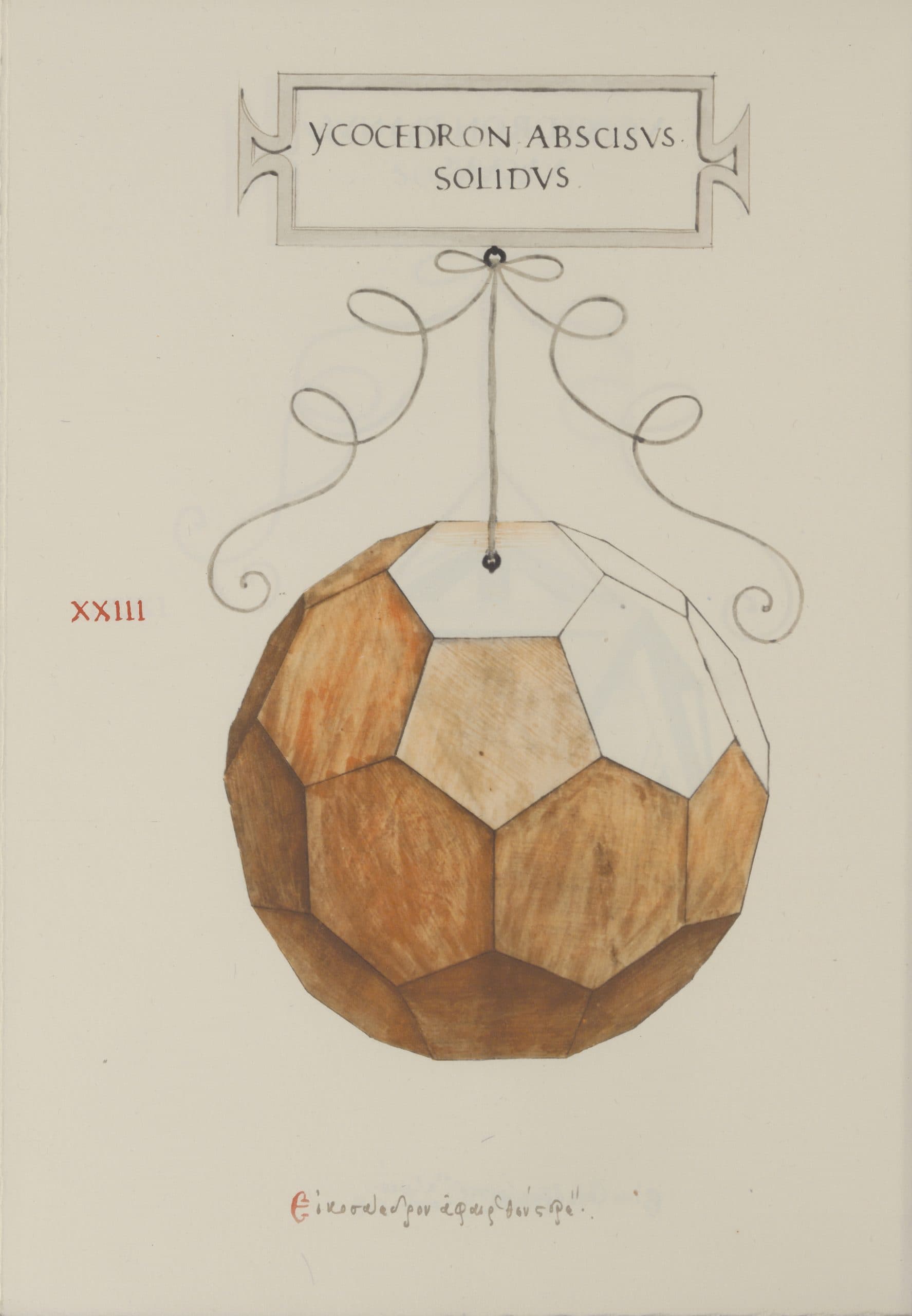 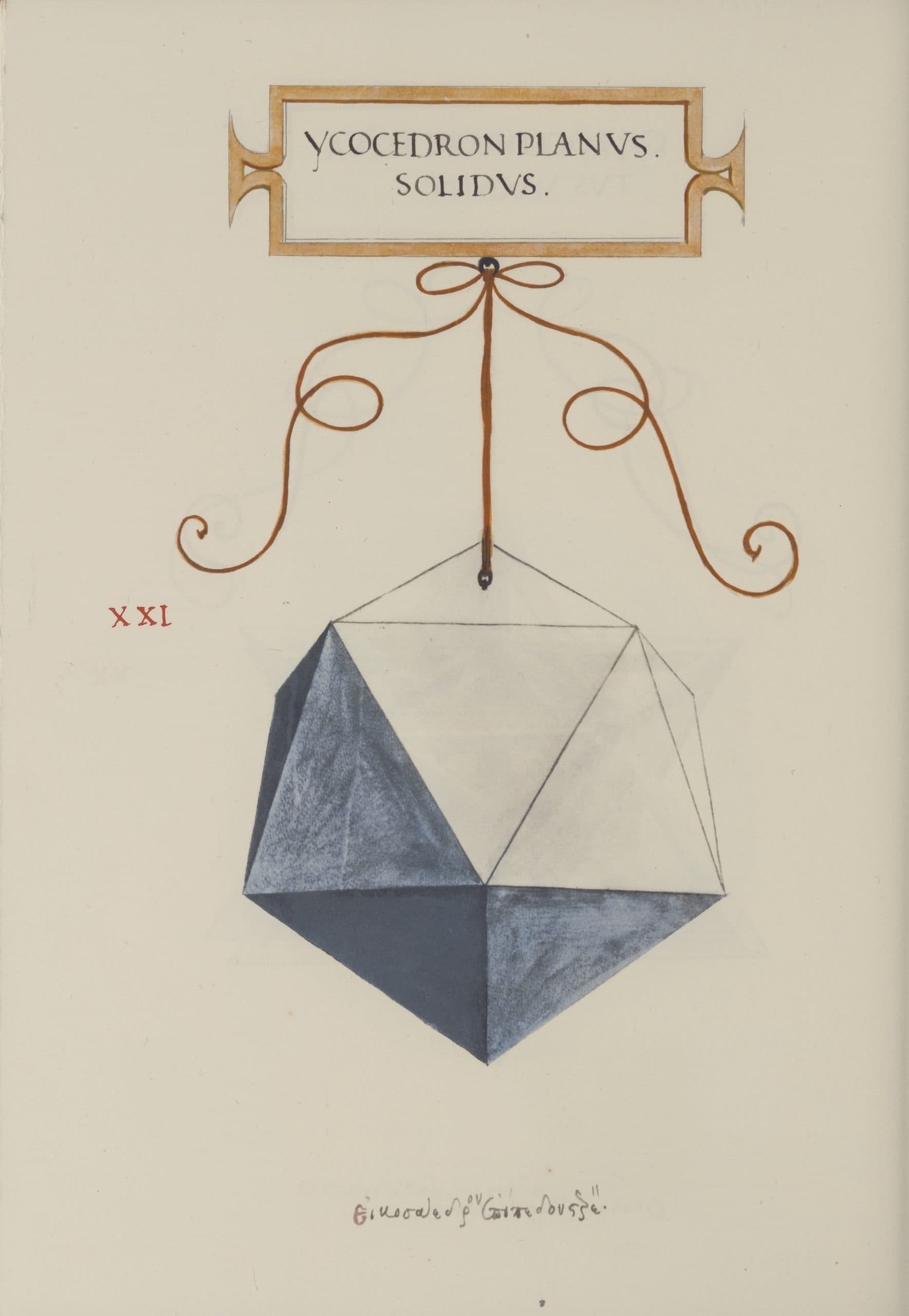 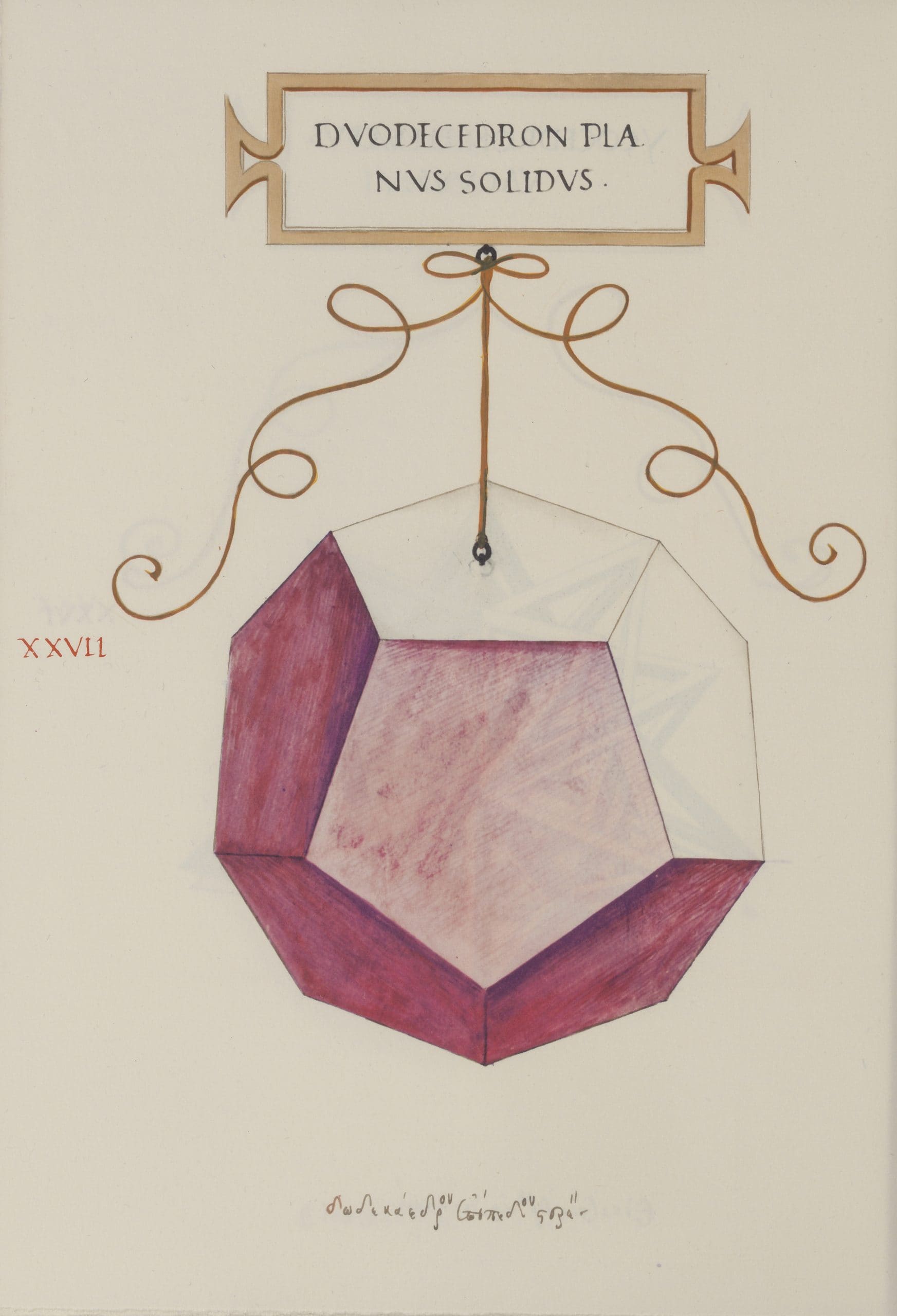 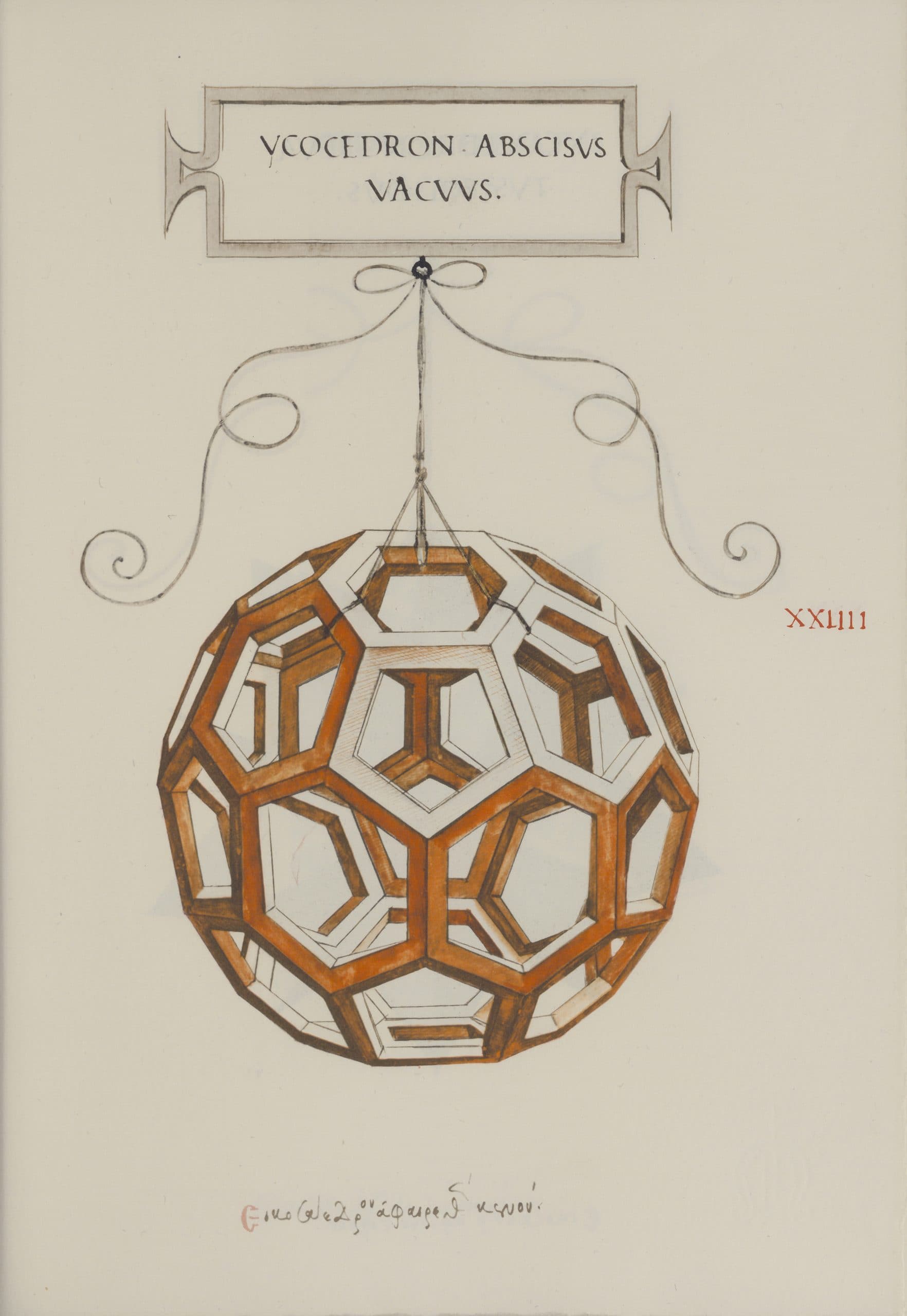 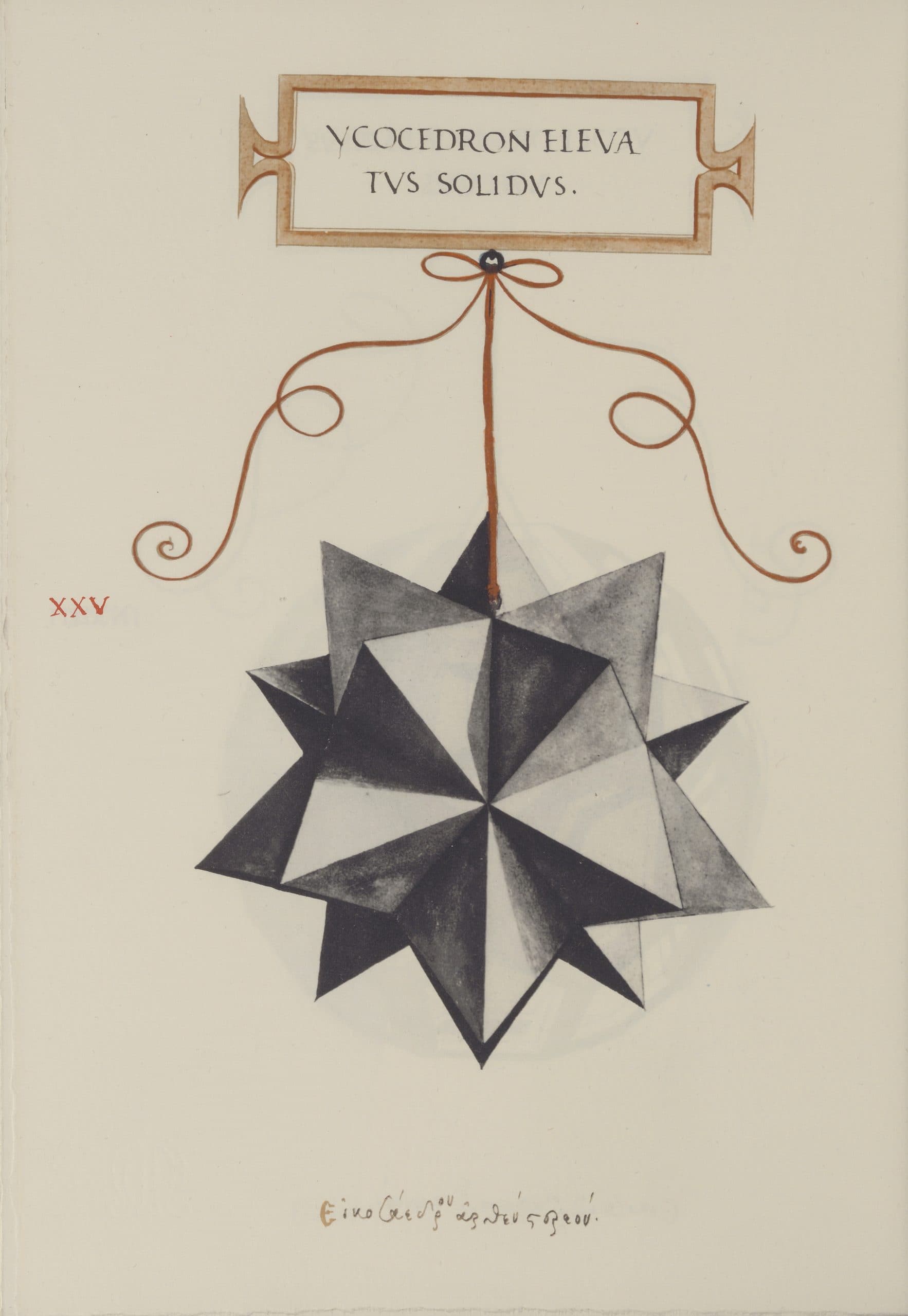 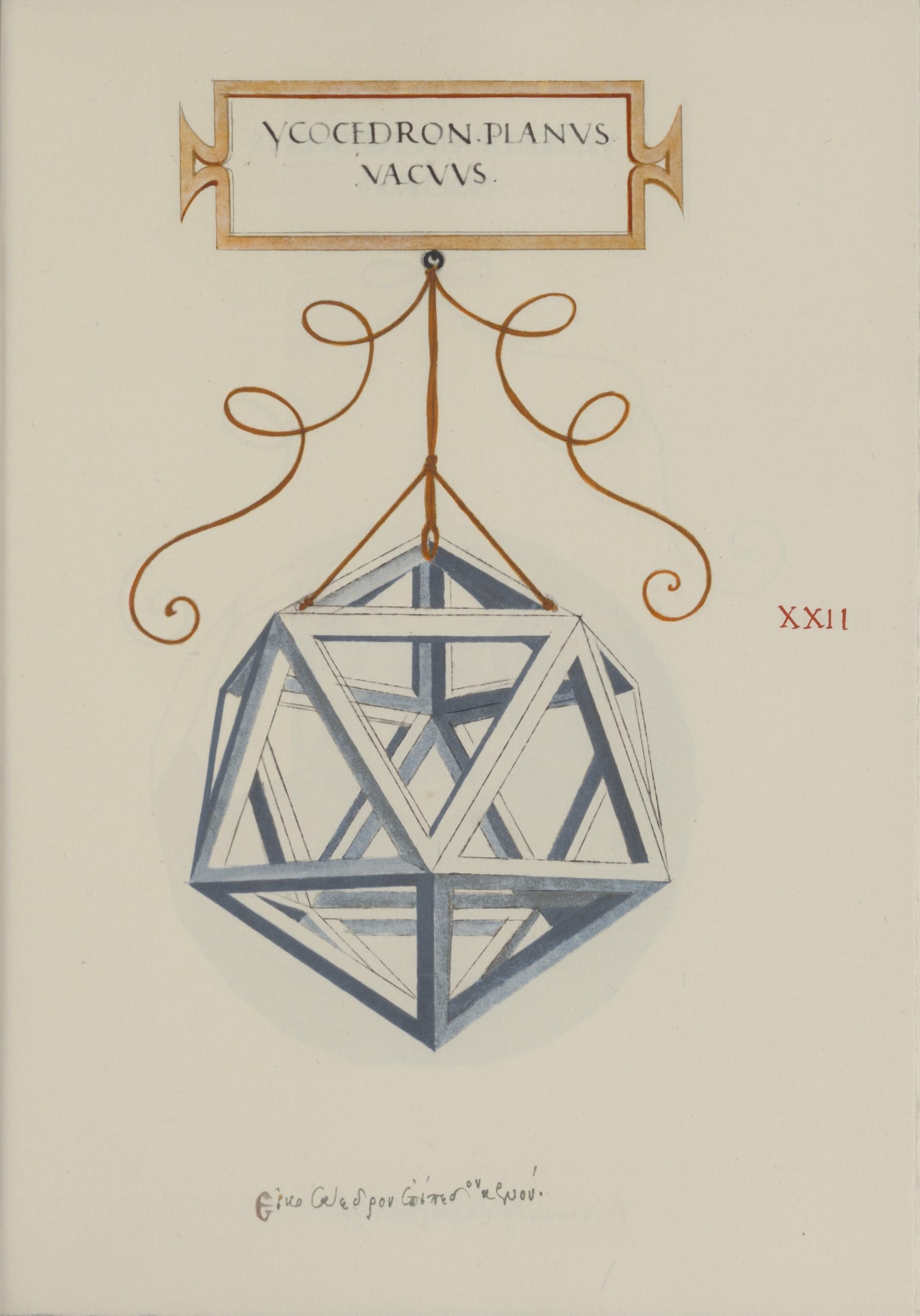 “Proportion is not only to be found in number and measure, but also in sounds, weights, times, and places and every force that exists.” - Leonardo da Vinci

Atlas: A Geography of the Heavens 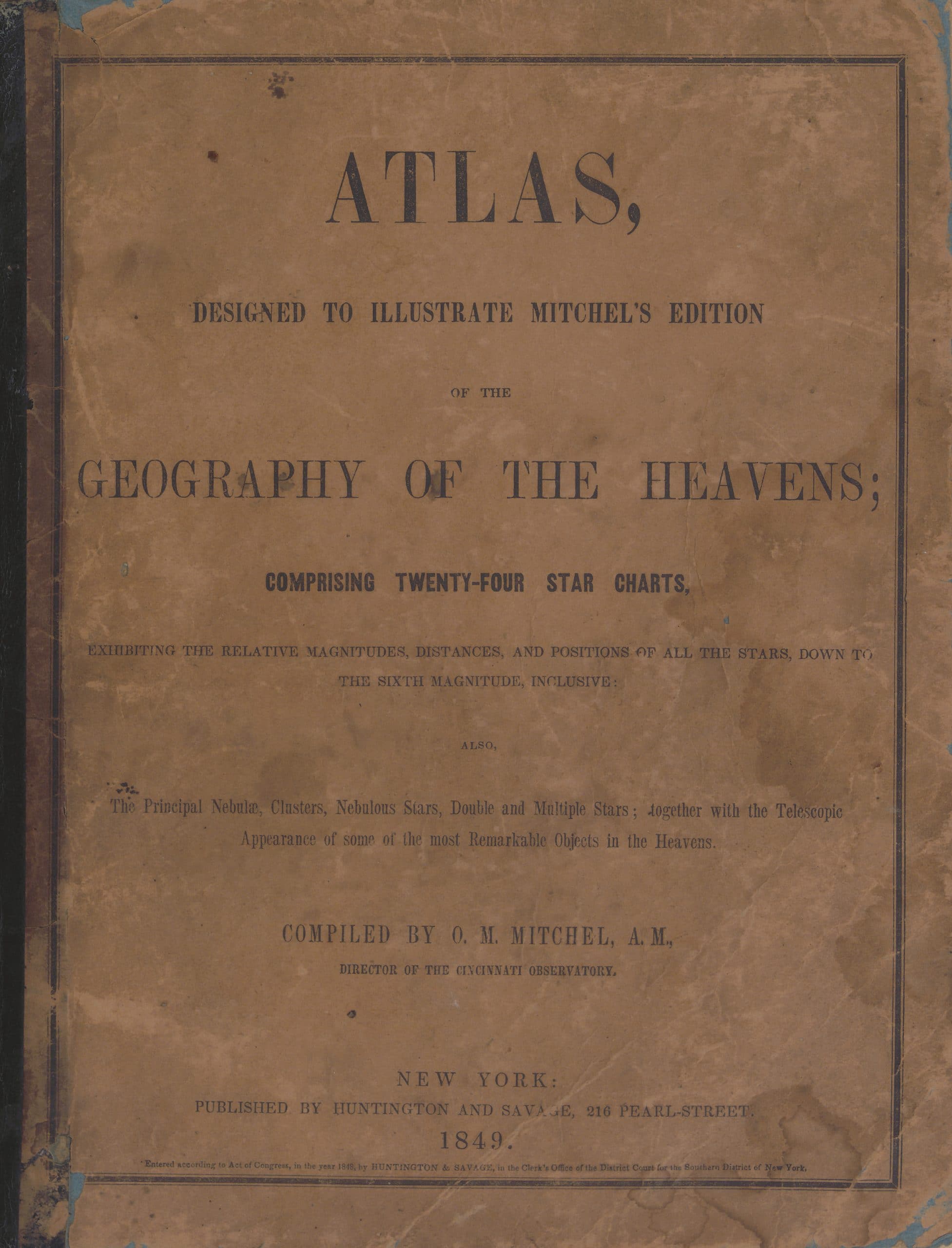 Dodecahedrons and icosahedrons embody the golden ratio in their dimensions and positioning of intersecting lines. In geometry, a golden spiral is a spiral whose increase reflects the golden ratio (approximately 1.618) as the spiral expands incrementally.

The divine ratio presents itself in nature, from the patterning of seeds in some sunflowers to the dimensions of the arms of certain spiral galaxies, such as those seen in Atlas: A Geography of the Heavens, available to view at the Downtown Main Library.

Pacioli’s text confirms and expands upon Euclid’s formula, detailing how the golden ratio appears in geometric solids such as cubes, prisms, and other polyhedrons while proposing that the proportion itself reflects harmonic design when found in nature, art, and architecture.

Da Vinci’s illustrations not only apply the proportion, but do so by using a method and perspective that had never been done before. Part of da Vinci’s genius was that he could visualize the shapes in his mind as three-dimensional objects, then translate them to the page.  In addition to solid drawings of the shapes, he also provides a corresponding “vacua” or hollow version, constructed as if made of wooden beams. The empty faces enable one to see through to the rear surfaces, revealing which solid edges belong to the front and which to the back, thus making them more comprehensible. 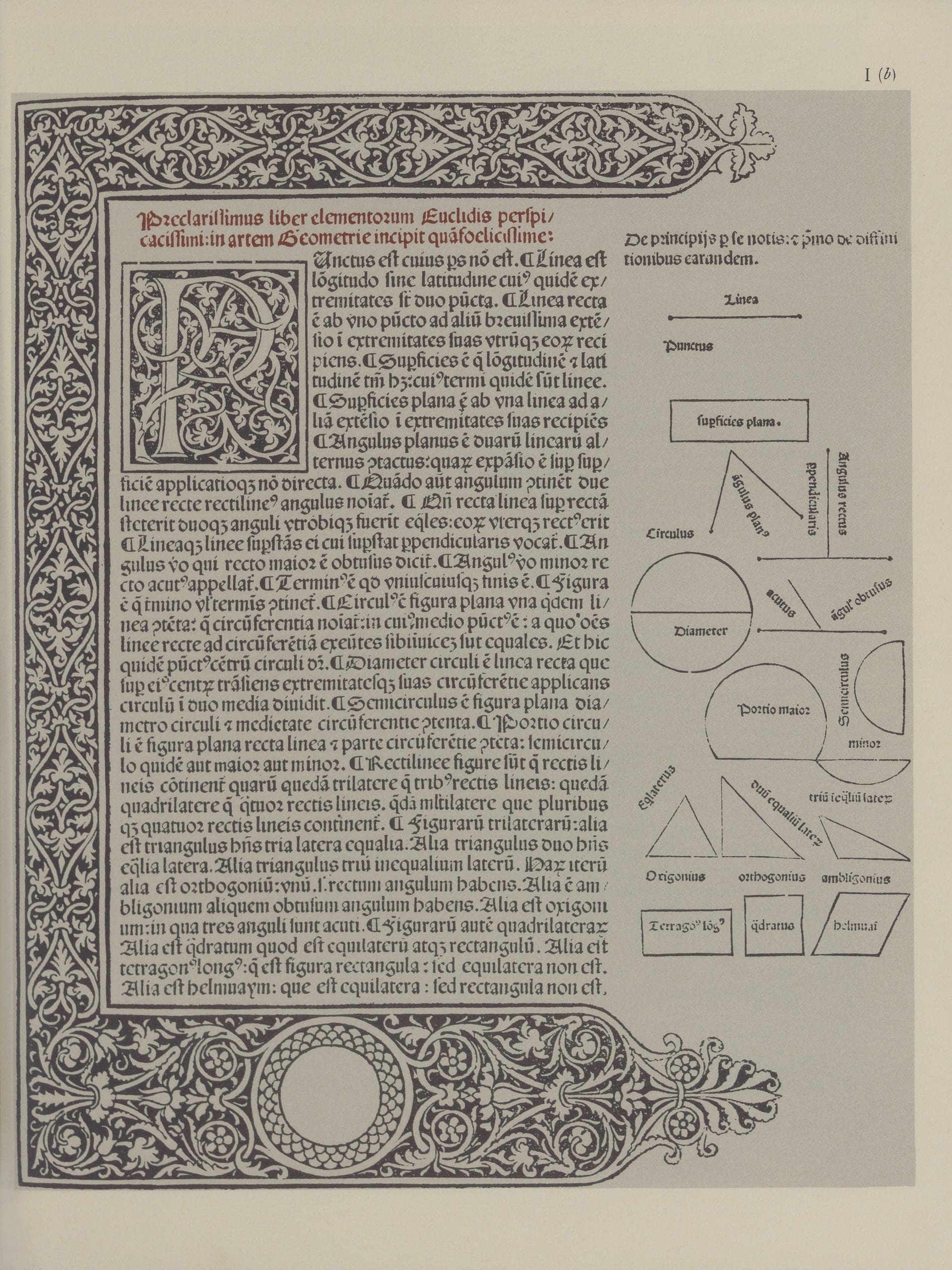 Similar to Luca Pacioli and Leonardo da Vinci, Joseph Priestley and Benjamin Franklin met as a result of being part of a group of clergymen, intellectuals, physicians, and scientists that gathered to share information and discuss and debate ideas across a diverse range of disciplines. Known as “The Club of Honest Whigs,” the group met every other Thursday night at a London coffeehouse located in the churchyard of St. Paul’s Cathedral.

Joseph Priestley and Benjamin Franklin shared their first conversation during a meeting of the Honest Whigs on December 19, 1765. Priestley, a schoolteacher and ordained Unitarian minister, sought Franklin’s support for a book focusing on the history and study of electricity.  Benjamin Franklin not only offered to share his research and correspondence on the topic, while encouraging the other scientists of the group to do the same, he also urged Priestley to begin conducting his own experiments. And so began a dynamic collaborative partnership that would inspire the isolation of oxygen, drive the discovery of carbonated water, and uncover initial understanding of the process of photosynthesis, and the movement of the Gulf Stream current. 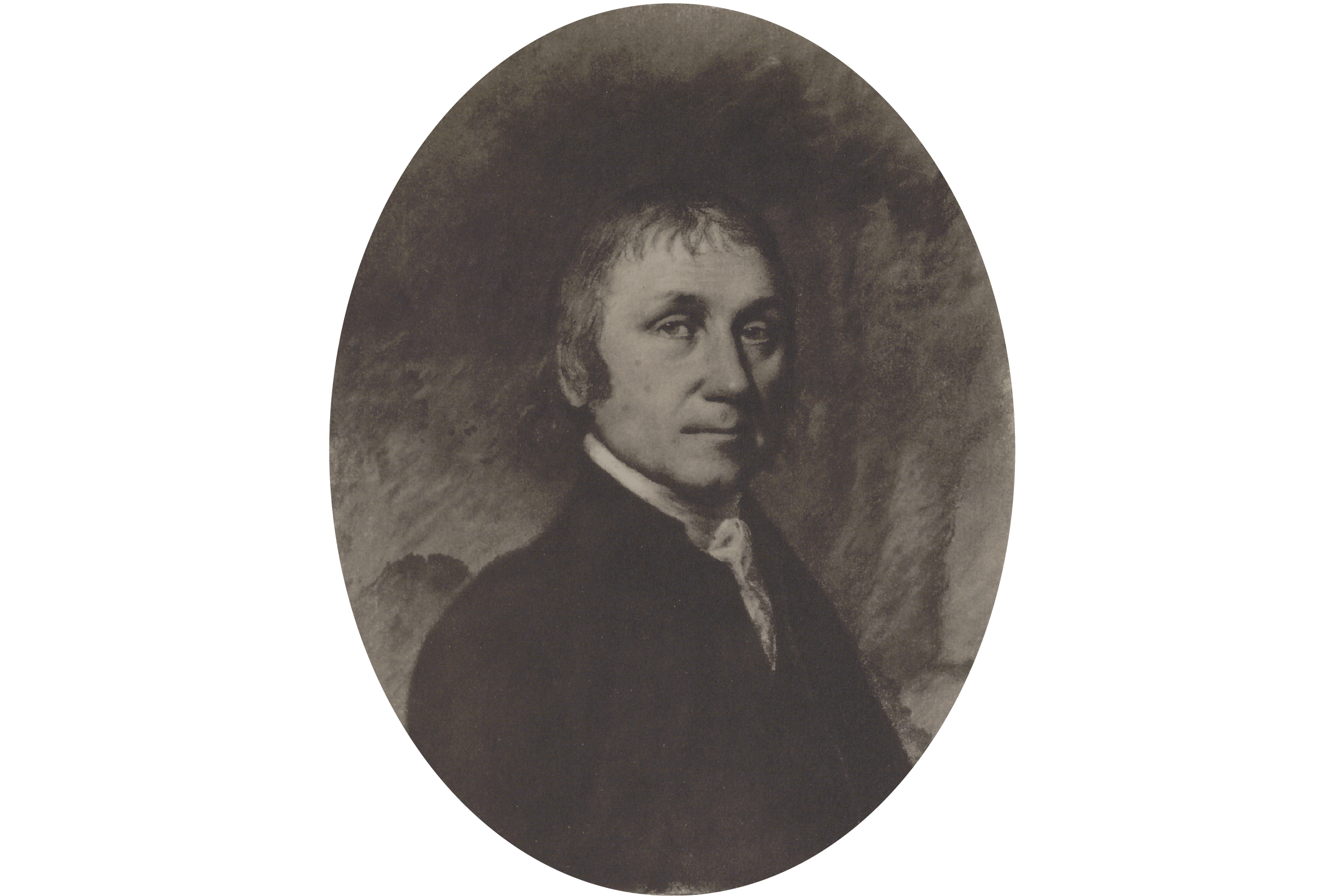 Benjamin Franklin (1706-1790) and Joseph Priestley (1733-1804) corresponded with one another on their various scientific experiments and discoveries for over twenty years.

The letters between Benjamin Franklin and Joseph Priestley reflect the tumultuous time during which they were written, spanning both the American and the French revolutions, and how these conflicts shaped and influenced their thinking and outlook. 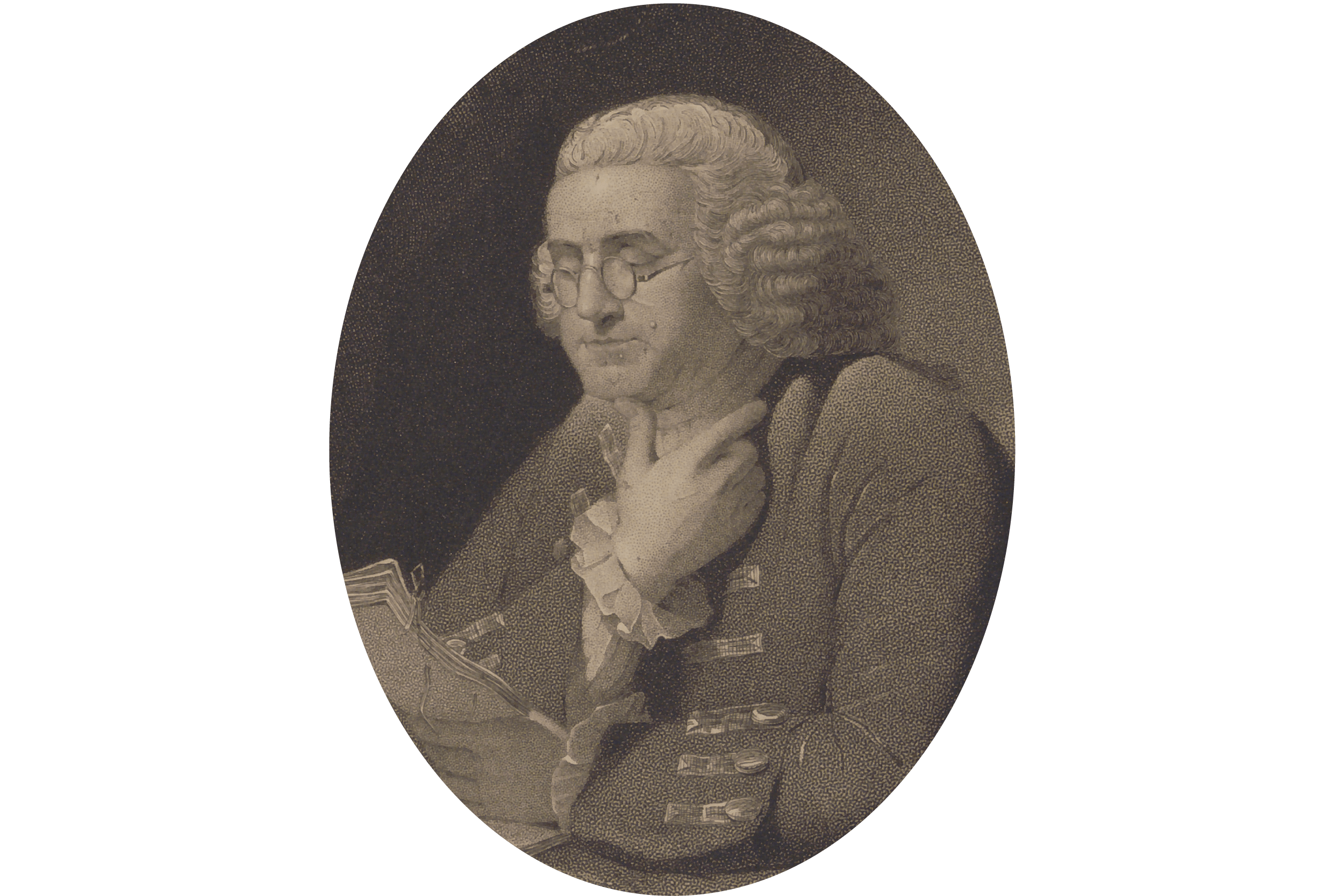 The most significant collaboration between Benjamin Franklin and Joseph Priestley focused on Priestley’s work around different compositions of air. Priestley describes a series of experiments with mint sprigs in his book Experiments and Observations of Different Kinds of Air. His work leads him to the conclusion that plants fundamentally “mend” respirated air and restore its quality. 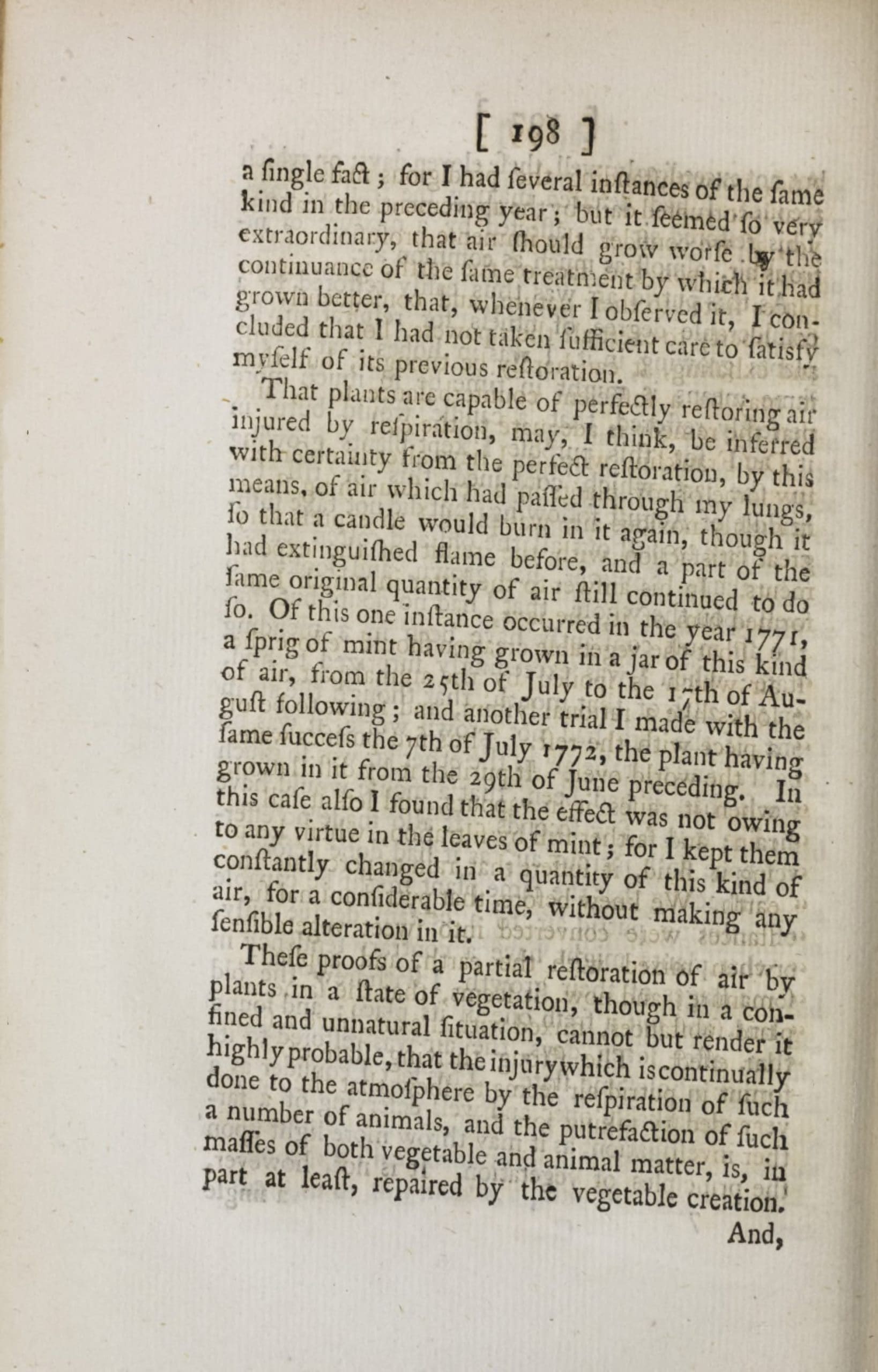 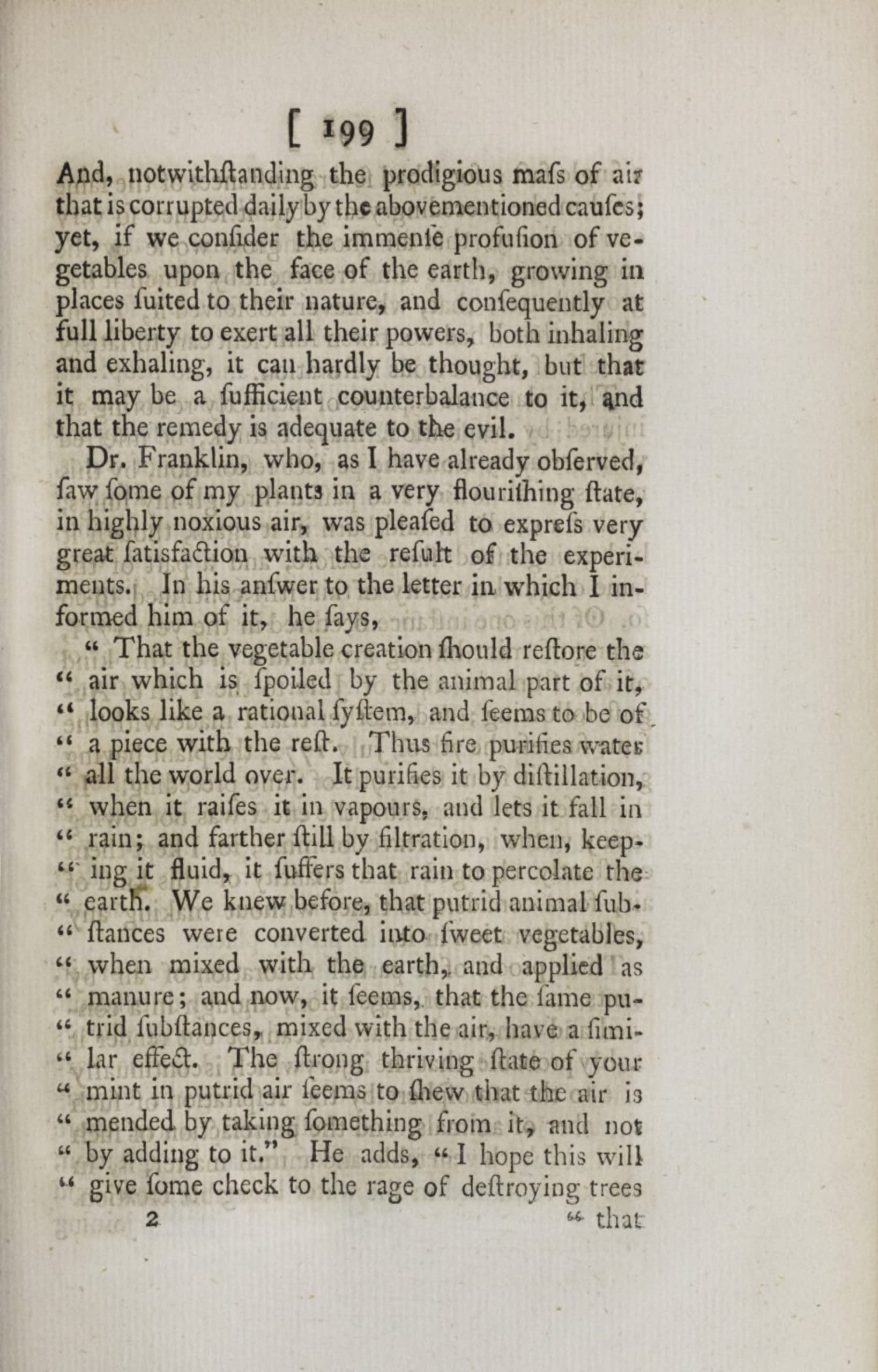 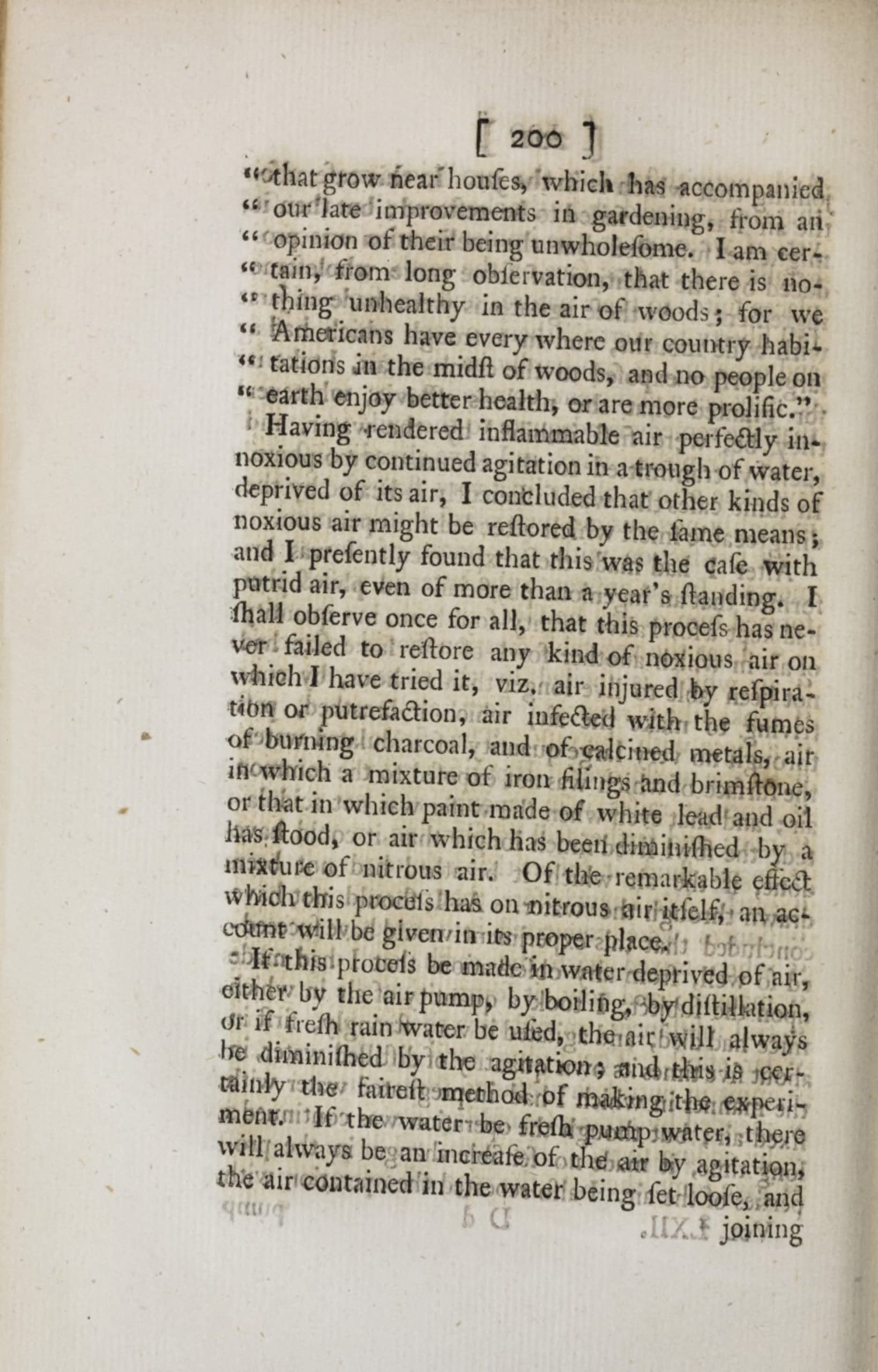 “Surrounding houses too closely with planting, or thick woods, likewise tends to render the air unwholesome. Wood not only obstructs the free current of the air, but sends forth great quantities of moist exhalations which render it constantly damp. Wood is very agreeable at the proper distance from the house but should never be planted too near it, especially in a flat country...” - William Buchan M.D.

Popular in England at the time, a book written by William Buchan M.D. called Domestic Medicine: or a Treatise on the Prevention and Cure of Diseases by Regiment and Simple Medicines instructed people to cut down trees close to their homes because they rendered the air "noxious." After learning of Priestley's experiments, Franklin's letters target the fallacy present in Buchan's book and urge the importance of immediate change in human behavior.

Marie and Pierre Curie met in 1894 in Paris, France when Marie required a space to work on the magnetic properties of steel and Pierre offered to share his laboratory where he was studying the electromagnetism of crystals. Their scientific partnership grew into a personal partnership - the Curies married in 1895 – and spent their lives together in constant collaboration dedicated to research that would culminate in the discovery of radium and polonium and in the shared honor of the Novel Prize in 1903 for their work in the study of radioactivity.

When Pierre died in a tragic accident in 1906, Marie succeeded him in his professorship at the Sorbonne, continuing to lecture where he had left off - the first woman to do so in the Sorbonne’s 650-year history. In 1911, Marie would make history again, becoming not only the first woman to receive the Nobel Prize, but also the only woman to win a second Nobel Prize, for her work in isolating radium and advancing the understanding and use of the element. In 1934, Marie Curie died from “aplastic pernicious anemia,” a condition she developed after years of exposure to radioactive substances.  In 1935, a year and a half after her death, Marie’s daughter Irene, and her son-in-law, Frederic also won the Nobel Prize for their work in artificial radioactivity. 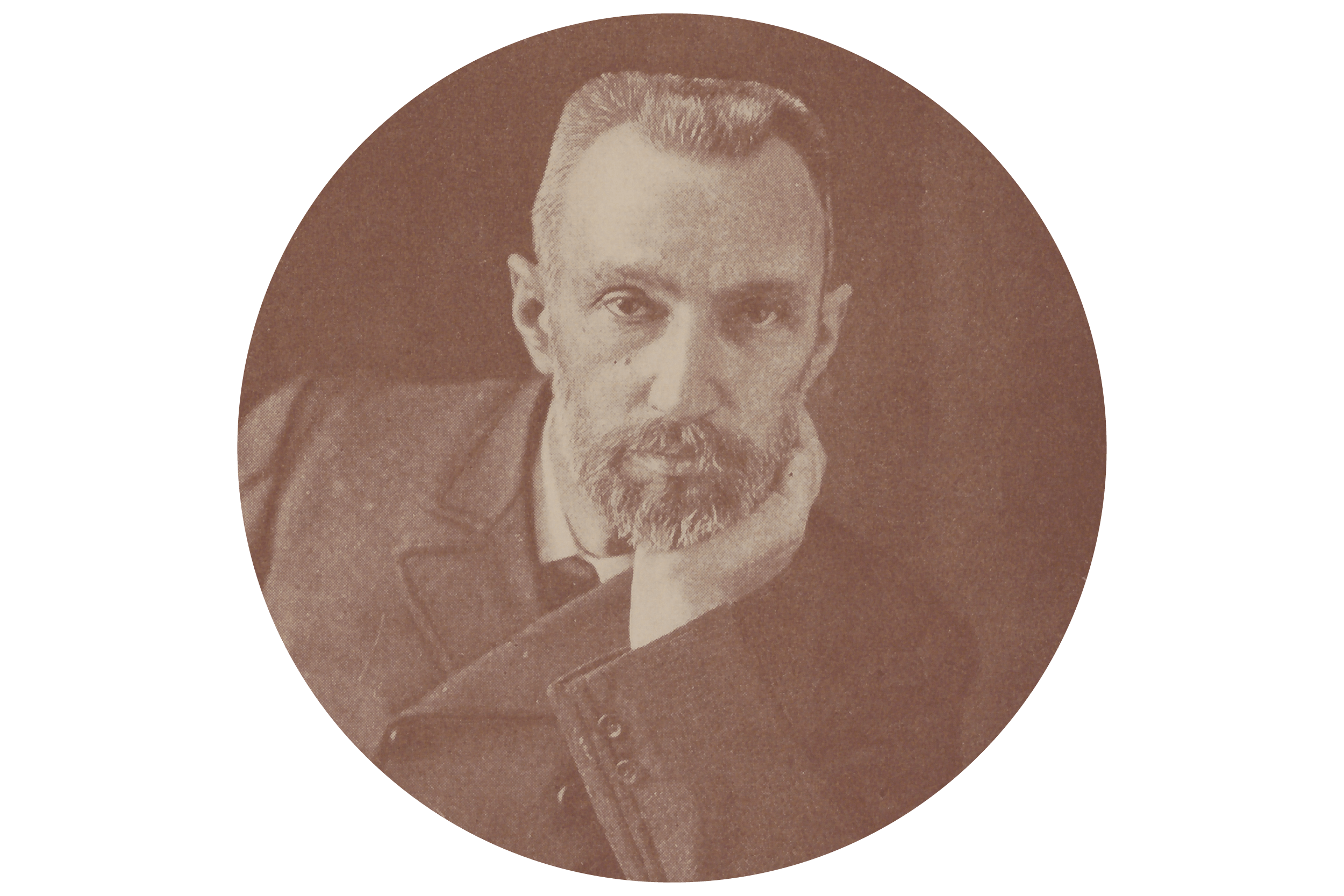 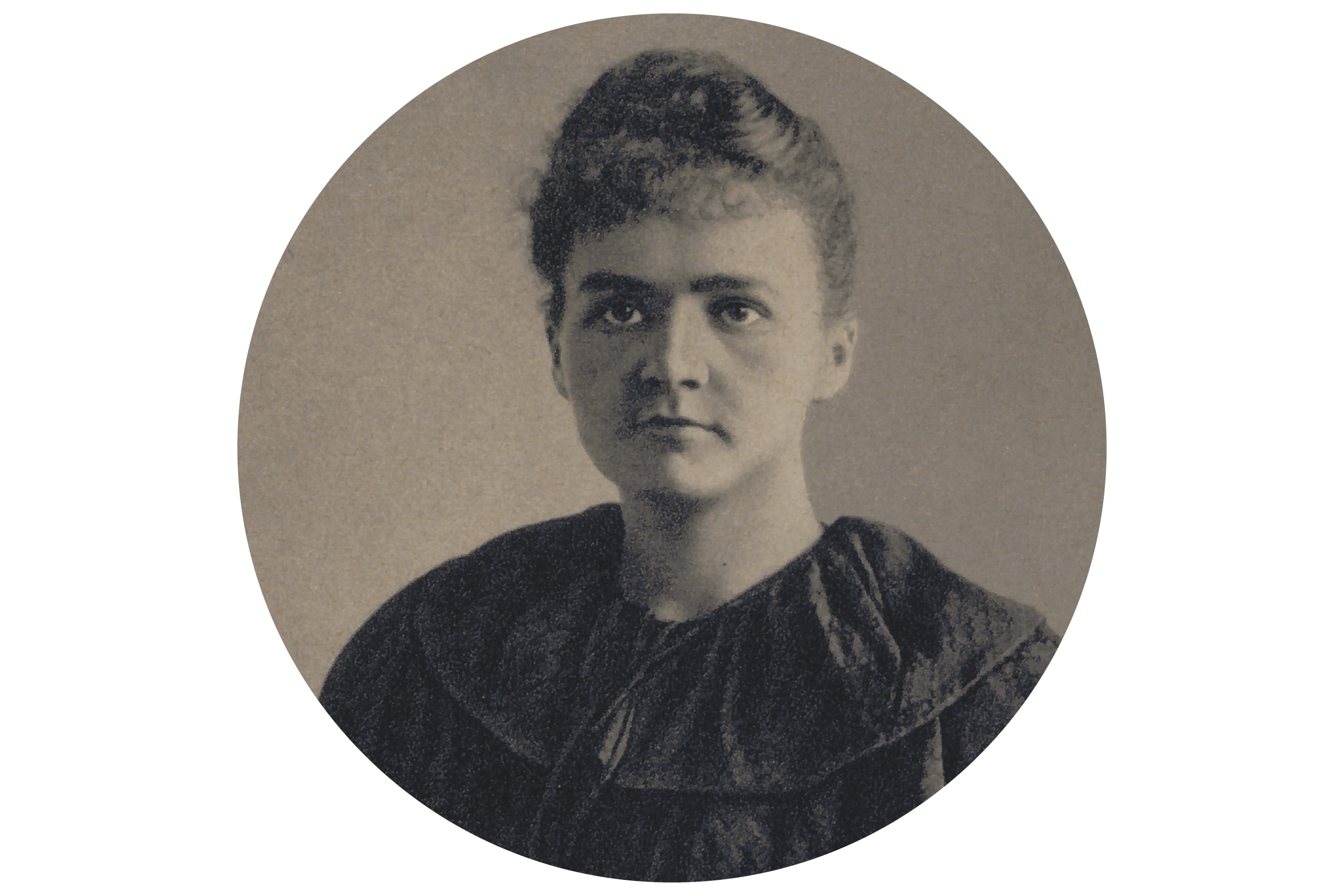 Marie and Pierre had two daughters, Irene and Eve. This diary entry reflects how the dailiness of their domestic life existed alongside their work of scientific discovery. 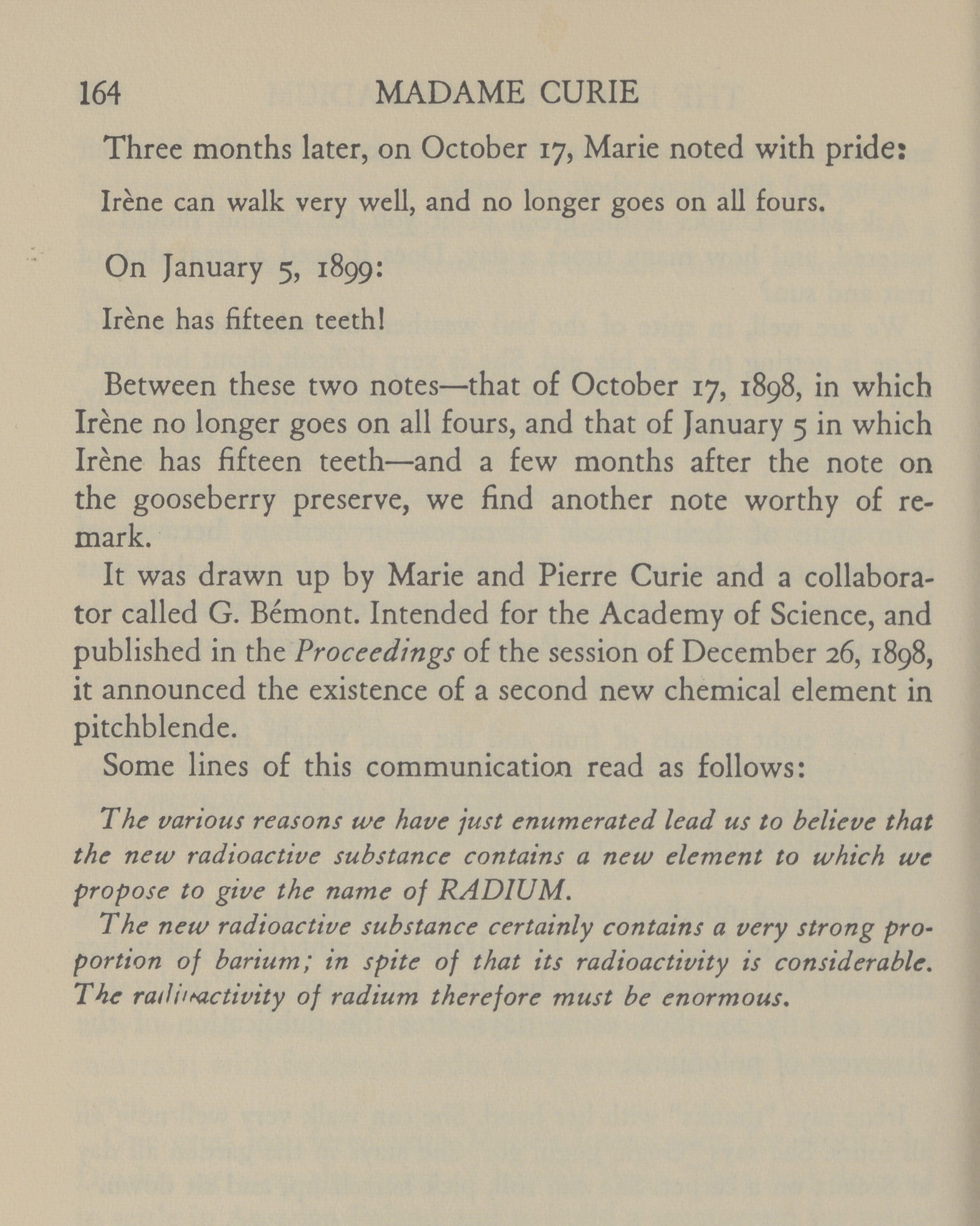 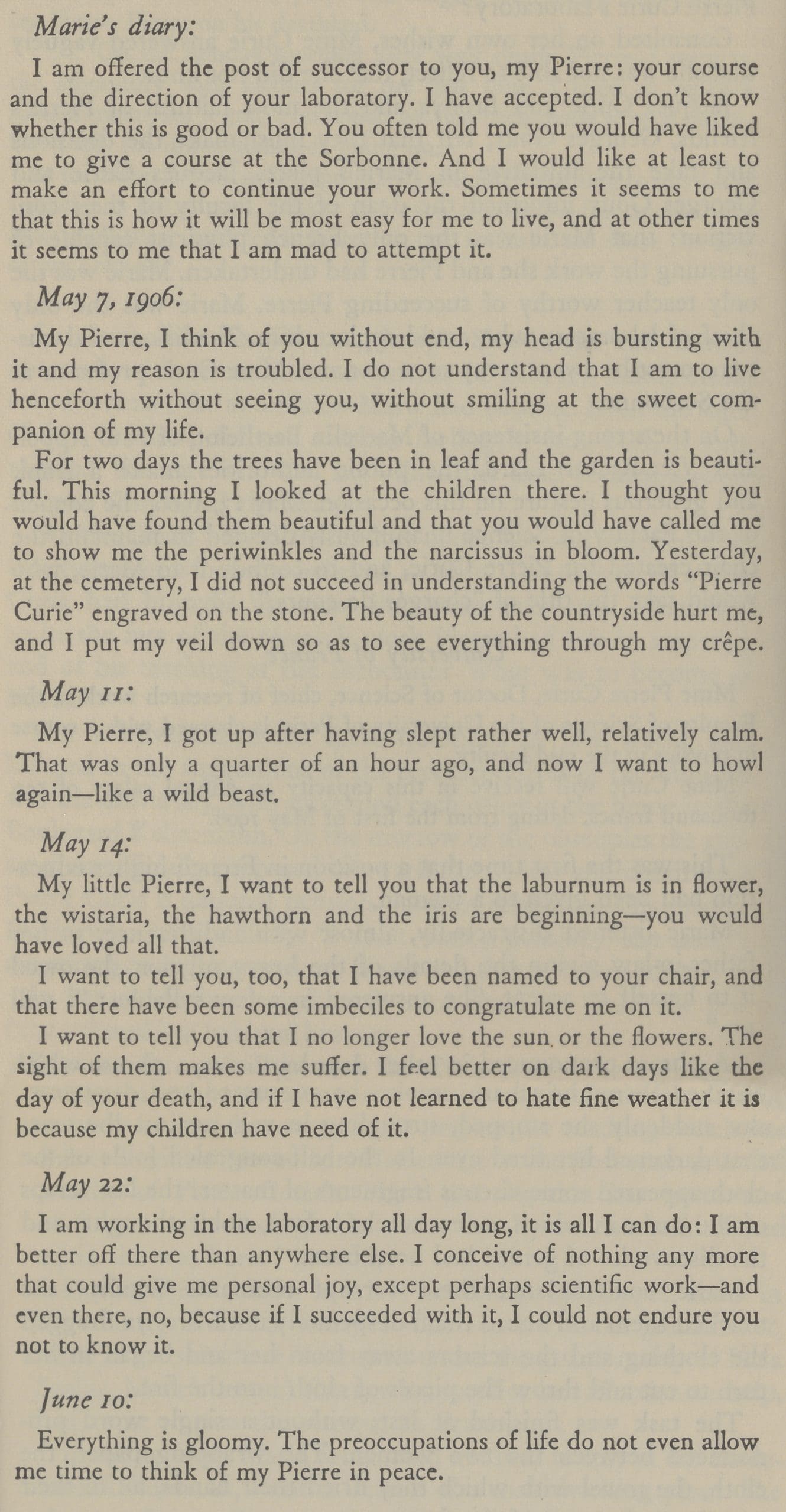 In 1906 Pierre Curie was killed when he accidentally stepped in front of a horse-drawn wagon.  In her diary entries, Marie conveys her personal anguish over Pierre’s death, and her deep professional commitment to continuing their work.

On May 13, 1906, Marie was appointed to the professorship at the Sorbonne left vacant by Pierre’s death.  She would become the first woman professor in the Sorbonne’s 650-year history. 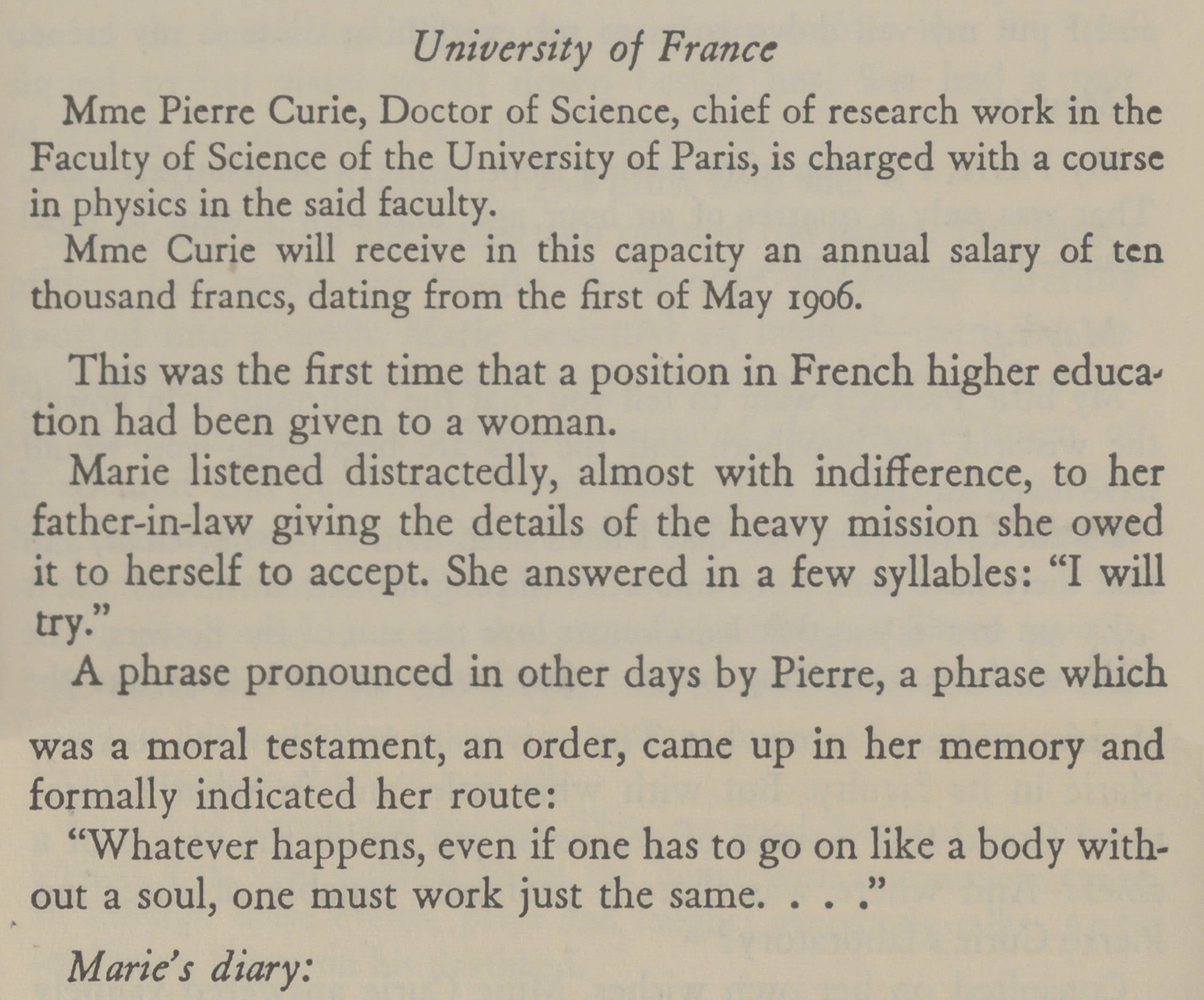 “The compounds of radium are spontaneously luminous.  The chloride and bromide, freshly prepared and free from water, emit a light which resembles that of a glow-worm.  This light diminishes rapidly in moist air...but never completely disappears.” - Marie Curie

View the rare and unique materials used within this exhibit by visiting the Joseph S. Stern, Jr. Cincinnati Room, adjacent to the Genealogy and Local History Department at the Downtown Main Library.