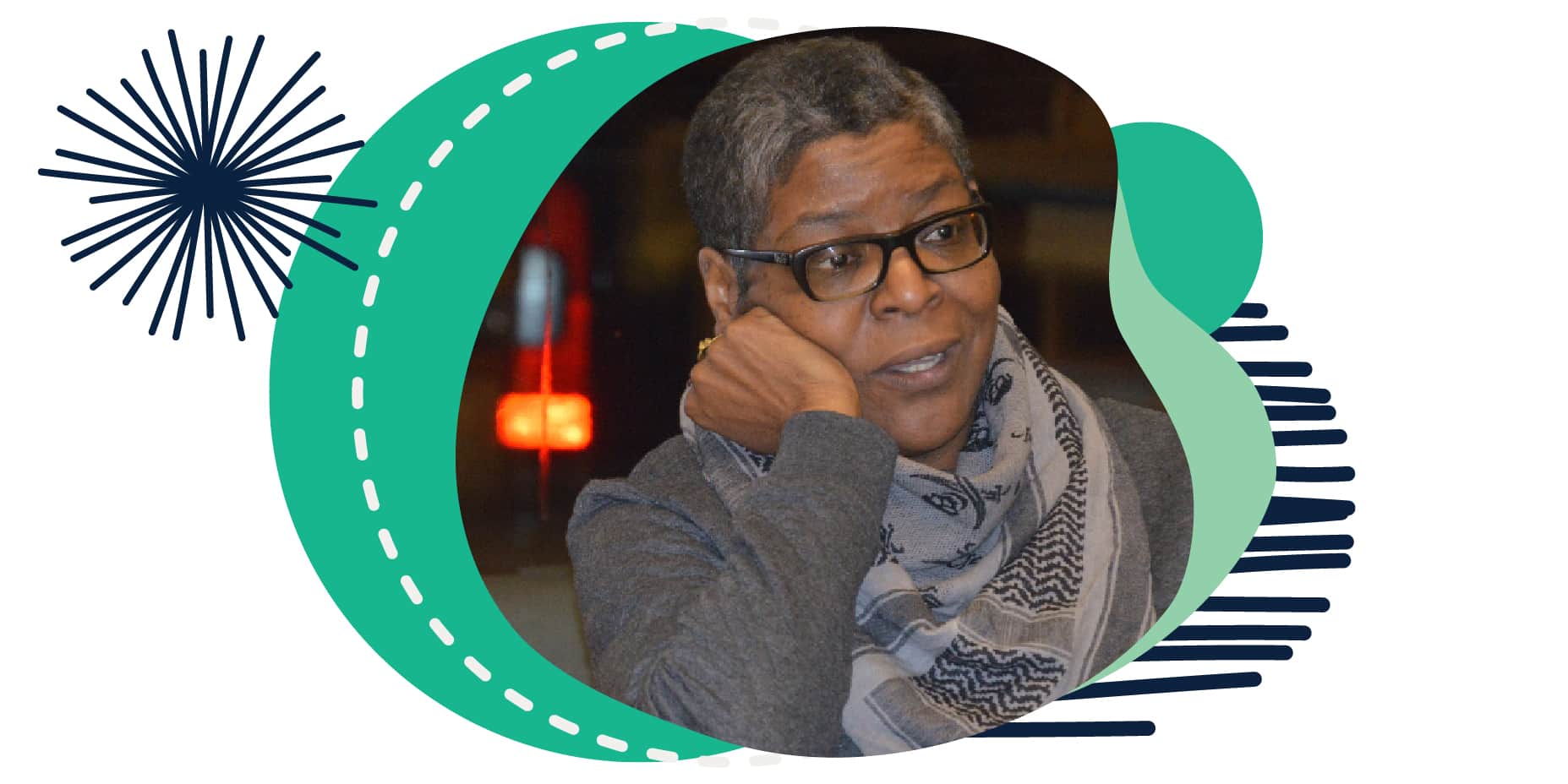 The Library is saddened to learn that our first Writer-in-Residence, Kathy Y. Wilson, has passed away and sends condolences to her family and friends.

Earlier in her career, Wilson worked in what then known as the Library's Literature Department. Later, when named Writer-in-Residence, she said she first felt the desire to write at the age 5, wandering the stacks of her neighborhood library. "I knew the alphabet, and I would stand up in those stacks and try and figure out where Wilson would go," she says.

"I knew where the Ws were, and I would imagine where my book would be. The Library is the great equalizer of this community. I am so honored to represent this institution." Read more about Wilson's life on the Writer-in-Residence section of our website.

Among her many achievements and contributions to our community, Wilson was an educator, teaching journalism at the University of Cincinnati. To learn more about her, listen to an Inside the Writer's Head podcast with Wilson and our then-Writer-in-Residence, Dani McClain: