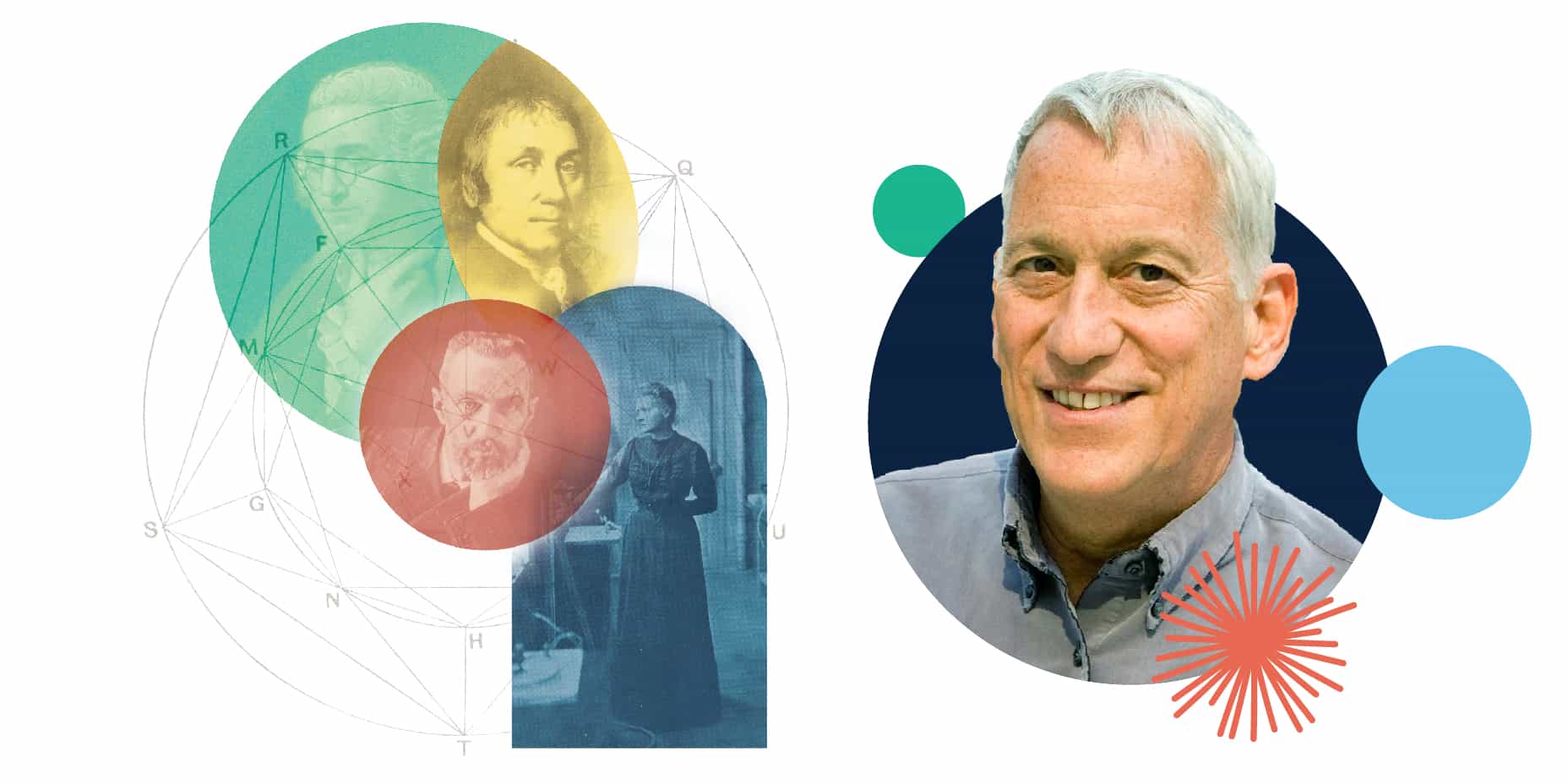 Acclaimed historian, journalist, and biographer Walter Isaacson is the 2022 Mary S. Stern Lecturer, opens a new window on October 6 at the Aronoff Center for the Arts. His most recent book The Code Breaker, opens a new window focuses on Jennifer Doudna, an American biochemist who won the 2020 Nobel Prize for creating CRISPR, a tool capable of editing DNA.

All tickets are $5 and available to purchase online., opens a new window

Read about each of these partnerships, explore the digital exhibit, opens a new window, and view the entire exhibit by visiting the Joseph S. Stern, Jr. Cincinnati Room on the third floor of the Downtown Main Library, opens a new window.

Written in 1497, De Divina Proportione is a product of the collaboration between two of the finest minds of the Renaissance: mathematician Luca Pacioli and artist Leonardo da Vinci. The two met at the end of the 15th century while serving in residence at the court of Ludovico Sforza, the Duke of Milan. Packed with artists, architects, engineers, mathematicians, musicians, medical researchers, and scientists, Sforza’s court was considered one of the most exceptional in Europe. It supplied an environment that sparked discussion and fed the development of ideas among some of the most impressive and diverse thinkers of the age.

While Pacioli taught da Vinci mathematics, da Vinci drew a set of illustrations of geometric shapes for Pacioli’s text of De Divina Proportione, the book that would offer a mathematical foundation central to the understanding of aesthetically pleasing artistry and architecture and influence countless creators in the decades to come.

The book on exhibit from the CHPL collection is an facsimile or exact copy of a portion of the original first printing of De Divina Proportione, published in 1509 and held by Biblioteca Ambrosiana in Milan, Italy – one of only two that remain in the world. Printed in 1956, the CHPL copy is number 206 of the only 280 designated for this particular edition.

Similar to Luca Pacioli and Leonardo da Vinci, Joseph Priestley and Benjamin Franklin met as a result of being part of a group of clergymen, intellectuals, physicians, and scientists that gathered to share information and discuss and debate ideas across a diverse range of disciplines. Known as “The Club of Honest Whigs,” the group met every other Thursday night at a London coffeehouse located in the churchyard of St. Paul’s Cathedral.

Joseph Priestley and Benjamin Franklin shared their first conversation during a meeting of the Honest Whigs on December 19, 1765. Priestley, a schoolteacher and ordained Unitarian minister, sought Franklin’s support for a book focusing on the history and study of electricity. Benjamin Franklin not only offered to share his research, while encouraging the other scientists of the group to do the same, he also urged Priestley to begin conducting his own experiments. And so began a dynamic collaborative partnership, conducted predominantly through trans-Atlantic correspondence, that would inspire the isolation of oxygen, drive the discovery of carbonated water, and uncover initial understanding of the process of photosynthesis and the movement of the Gulf Stream current.

On display are facsimile copies of correspondence between Joseph Priestley and Benjamin Franklin, in addition to pages from Priestley’s six-volume work published between 1774-1786, Experiments and Observations of Different Kinds of Air, opens a new window. These items chronicle the pair’s most significant collaboration – the capacity of plants to “mend” respirated air and restore its quality, revealing that life on earth is an interconnected web of ecosystems where plants and animals depend upon one another for survival, and where human action can have profound impact and implications on the system itself.

Marie and Pierre Curie: a Partnership Devoted to Scientific Discovery

Marie and Pierre Curie met in 1894 in Paris, France when Marie required a space to work on the magnetic properties of steel and Pierre offered to share his laboratory where he was studying the electromagnetism of crystals. Their scientific partnership grew into a personal partnership – the Curies married in 1895 – and spent their lives together in constant collaboration dedicated to research that would culminate in the discovery of radium and polonium and in the shared honor of the Nobel Prize in 1903 for their work in the study of radioactivity.

When Pierre died in a tragic accident in 1906, Marie succeeded him in his professorship at the Sorbonne, continuing to lecture where he had left off – the first woman to do so in the Sorbonne’s 650-year history. In 1911, Marie would make history again, becoming not only the first woman to receive the Nobel Prize, but also the only woman to win a second Nobel Prize, for her work in isolating radium and advancing the understanding and medical use of the element. In 1934, Marie Curie died from “aplastic pernicious anemia,” a condition she developed after years of exposure to radioactive substances. In 1935, a year after her death, Marie’s daughter Irene, and her son-in-law Frederic also won the Nobel Prize for their work in artificial radioactivity.

View the Innovation Through Collaboration Exhibit at the Joseph S. Stern, Jr. Cincinnati Room on the third floor of the Downtown Main Library, opens a new window.