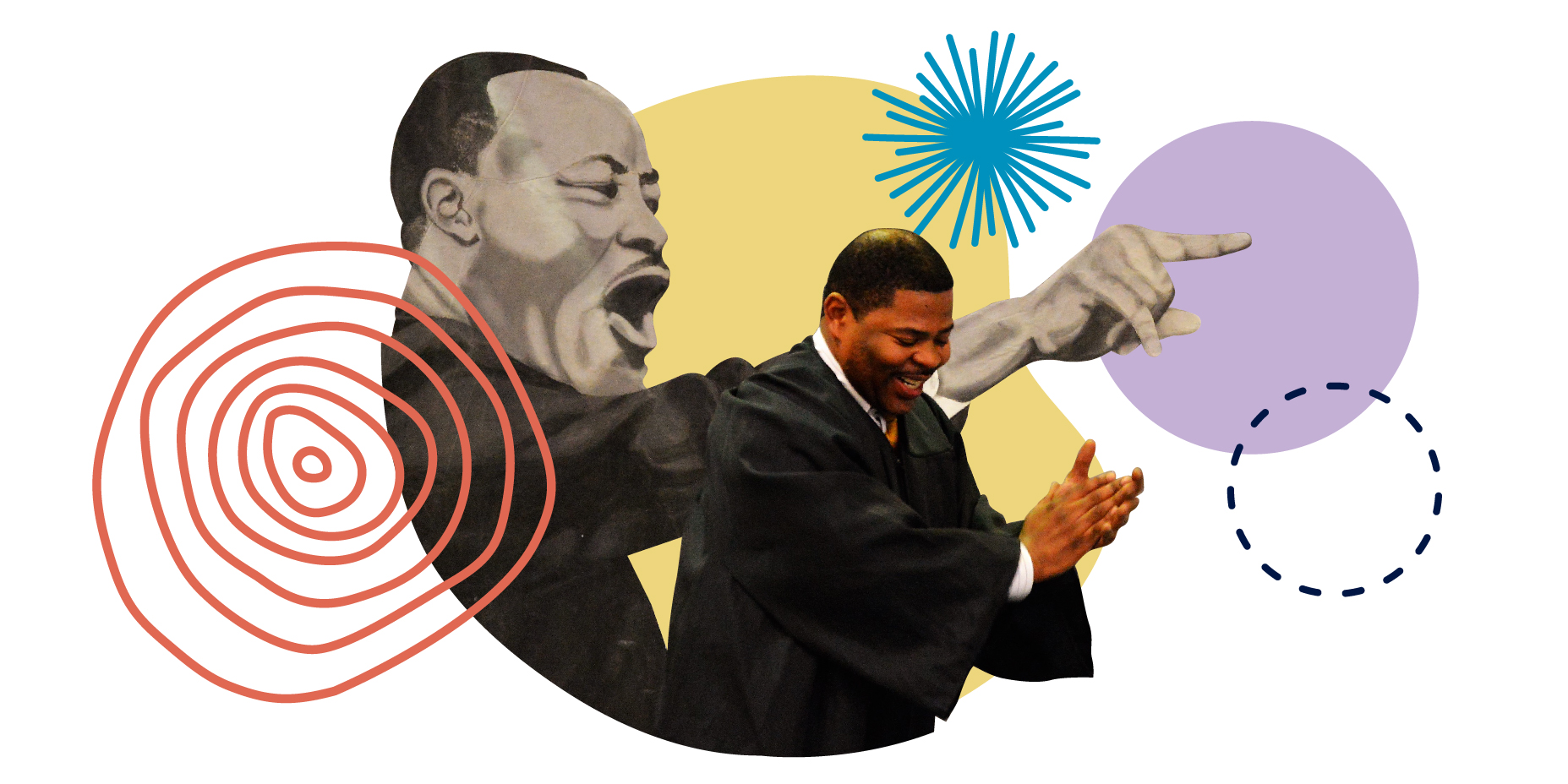 Who was Dr. Martin Luther King Jr. really? Martin’s Dream answers this question and more as it recounts the historical figure’s life through the power of story, speech, and song. Watch as Dr. King tells the story of his life from his childhood in the Deep South all the way to the steps of the Lincoln Memorial, where he delivered his famous “I Have a Dream” speech.

Created and performed by the talented and charismatic Deondra Kamau Means, this one-man show explores the real person behind the pictures; a funny, intelligent, passionate man whose faith, family, and education made him one of the most revered people in our nation’s history.

This performance, presented by The Children's Theatre of Cincinnati, opens a new window , was created specifically for children in grades 3-8. Register for a link, opens a new window to the on-demand video, available for viewing Jan. 18-22. Links are being sent starting Jan. 18, within 24 hours of registration. Registration ends Jan. 21.

We had the opportunity to speak with Means about the show and how he hopes to honor the legacy of Dr. King through his ongoing work with The Children’s Theater of Cincinnati.

CHPL: How did the show come about? Walk us through the process of bringing it to the stage.

Deondra Kamau Means: I have been with The Children’s Theater of Cincinnati (TCT) for 26 seasons. The seed for the show came about in 2005 when I was an education associate at TCT. With TCT I was responsible for creating workshops for youth. We took Dr. Martin Luther King Jr.’s “I Have a Dream” speech and looked at the metaphor and similes used in the speech. From there we turned it into an educational workshop that we took into schools for kids to learn about and then create their own “I Have a Dream” speech.

In 2010, a new sales director in the touring department (TCT on Tour) accidentally overbooked our touring company. Each year we’d travel to Springfield where kids from all over the area were bussed in over the course of a week to see live theater. Well, in 2010 our tour expanded and was in New York and didn’t have time to get back to Springfield. We didn't want to sour relationships, so we decided to turn the “I Have a Dream” workshop into a show. I turned the workshop into the Martin’s Dream performance. Over the past 11 years, we’ve built upon it and expanded, done different manifestations, this virtual version being the latest.

CHPL: How is putting on a one-man-show different from ensemble casts?

DKM: As an actor it’s quite fun, actually. This past manifestation has allowed me the opportunity I’ve always wanted, which is to play different characters in the same show. I’m always fascinated by people who play multiple characters in one-man shows. The show is for young people so it's not as fast as other performances. I portray moments of Ghandi, Harry Belafonte, and King’s mother.

It’s a fun moment to act and to stretch my creative mind and juices. The other aspect of doing a one-man show is stamina. For the entire 45 minutes I have to hold the audience’s attention. This version of the show is fun because we added recorded music along with singing. With virtual, we expanded and got other singers to sing along in a track to make it more dynamic.

CHPL:What is your favorite part of the show, any powerful standout moments?

CHPL: What do you hope audiences walk away with from the show?

DKM: Sometimes when we look at Civil Rights leaders and look at people who have been put on a pedestal or had such public visibility, they start to feel so far removed from us—like they are iconic and untouchable. In studying King, my hope, particularly for the children who see the show, is to make him accessible to them. I want them to walk away knowing there is a King that lives in me. He was a person with the same thoughts and feelings that live in me, and he used them to speak out against injustice. We feel a responsibility to speak out against injustice in the same way. That’s what I hope comes across.

CHPL: How do you hope the show honors the legacy of Dr. King? How has his life and work affected you personally?

DKM: When I was about 10 years old, I did an MLK speech in school about the Nobel Peace Prize he won in 1964. Because of how I look and my experience in the church, his life has influenced me and has associated him with me throughout time. The work he did influences me tremendously because, especially now at this point in time, his tenacity and consistency in speaking up on injustice is a motivation for me to do the same, and share what I think is right and empowers me to speak up on things going on in community and society at large that are unjust.

You can download the accompanying study guide, opens a new window for Martin's Dream on the TCT website.