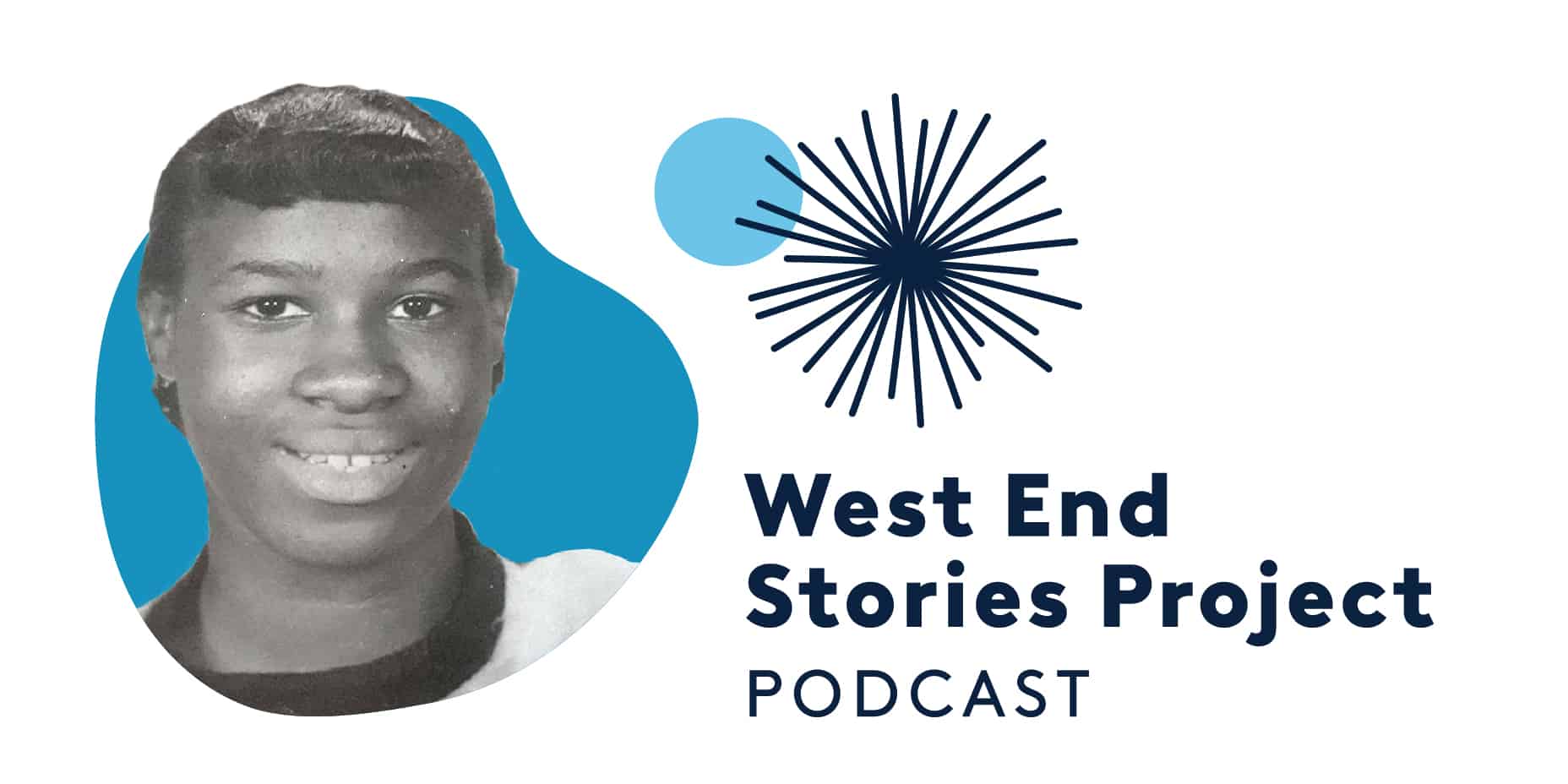 Ella Wooten lived a few blocks west of Cincinnati’s City Hall on Richmond Street. In this episode of the West End Stories Project, Wooten remembers her relationship with her family, attending church services in the West End, and a decision that changed the trajectory of her life.

Not to be confused with George W. Hayes, the former slave and first African American U.S. Court clerk that Hays-Porter Elementary School is named after, George W. Hayes was the principal of Sherman School when Wooten attended. A University of Cincinnati graduate and World War I veteran, Hayes was also the principal of Jackson School and a teacher at Stowe School. He died in 1969 at the age of 82.

In 1956, Wooten was a resident at the Catherine Booth Home. “At that time,” she says, “the schools would not let you in if you were pregnant.” Located in Walnut Hills and Avondale, the Catherine Booth Homes were maternity homes for young, expectant mothers run by the Salvation Army. For many years, these facilities were secretive and heavily adoption-oriented due to the stigmatization of unwed motherhood at the time. Since Wooten refused to relinquish her child, she said she “was cut off completely” from her family and also unable to complete high school. At one point, there were hundreds of maternity homes located throughout the United States and thousands of children were relinquished. After adapting to community needs spurred by changing social norms and increased family planning options, the facility closed in 1998.

Starting in the 1960s, adult education programs became more prevalent throughout Cincinnati and the United States. Federally funded by the Manpower Development and Training Act of 1962 and the Economic Opportunity Act of 1964, these programs were intended to alleviate poverty and expand educational opportunities. Taft, Western Hills, Couter Technical, and Hughes high schools were some of the locations that held these programs. In addition to adult education programs, the Economic Opportunity Act of 1964 also produced Community Action Agencies, Volunteers in Service to America (VISTA), the Job Corps, Work-Study, and more. This program at Taft High School provided Wooten with an opportunity to complete her secondary education.