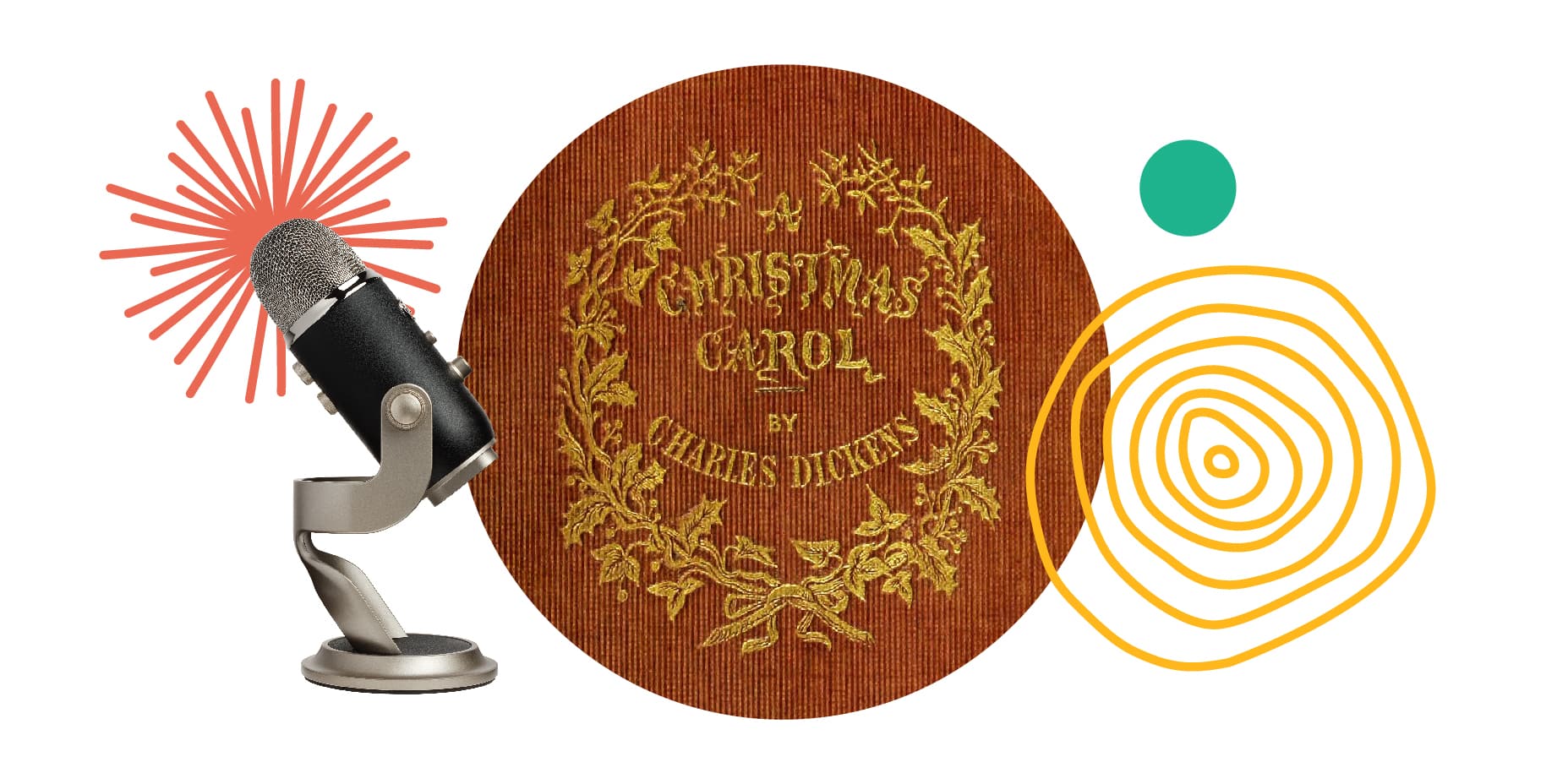 ‘Tis the season to start unpacking those boxes of holiday decorations: yards and yards of silver tinsel losing their strips; balls of blinking lights balking at efforts of unraveling; snowmen and gingerbread and candy canes and decorative bulbs and moaning ghosts from the hearth and…wait, a second. Did a ghost just moan on Christmas?

You may think I’m mixing up my holidays, but the tradition of telling ghost stories at the end of the year goes back a long way. You can find mentions of revenants (people returned from the dead) in the Icelandic Saga of the People of Floi. In The Winter’s Tale, opens a new window, William Shakespeare claims frightful stories of goblins and spirits are best told during the winter. M.R. James, one of Britain’s greatest ghost-story writers, wrote in his preface to Ghost Stories of an Antiquary, opens a new window: “I wrote these stories at long intervals, and most of them were read to patient friends, usually at the seasons of Christmas…”

A bit of holiday ghost history

Scholars believe the answer lies with the pagan Winter’s Solstice festival and the play of death and rebirth annually performed by nature. As the days grow colder and darker, we sense the dead struggling to return to life, so we gather together for warmth, security, and to take stock of people we have lost over the year.

Ghosts also are credited with saving Christmas. Puritan Oliver Cromwell was bent on abolishing the holiday. But the repeal of newspaper tax, emerging new technologies in the printing field, and accelerated growth in literacy helped create a population hungry for periodicals that published supernatural short stories and serialized novels, including A Christmas Carol, opens a new window by Charles Dickens. Plus, two of Dickens’ periodicals, Christmas Numbers of Household Words and All Year Round, opens a new window, popularized the telling of ghost stories around Christmastime.

During this Victorian era, which covers rather a large piece of history, you can discern three particular types of ghost stories. The Early Victorians used ghosts to make commentary about society and the world at large. The Middle Victorians had everyday ghosts rooting around familiar settings, seeking justice, while parapsychology became a fascination and explanation of the dead. The Late Victorians were concerned with evil as a force existing naturally in the world just waiting for some poor fool to stumble into its hideous claws.

Women prospered as supernatural writers and editors of magazines during this time. Some notable names include Amelia Edwards, Mary Elizabeth Braddon, Rhoda Broughton, Elizabeth Gaskell, E. Nesbit, Margaret Oliphant, and Edith Wharton. Charlotte Riddell is often described as “the woman who had to write constantly to make up the financial deficiencies of her husband.”

To usher in this holiday season, I am reading A Christmas Carol over the course of X weeks/months. Since the story has five staves (what Dickens called his chapters), I am doing a podcast for each stave. One might not think of A Christmas Carol as a ghost story, but listen carefully, especially to the “Stave I: Marley’s Ghost.” Scrooge’s house is richly described in a Gothic atmosphere full of darkness and anxiety. The shuddering realization that Marley wears his moral crimes on his incorporeal body as punishment is something mimicked later in Franz Kafka’s In the Penal Colony, opens a new window.

A Treasury of Victorian Ghost Stories