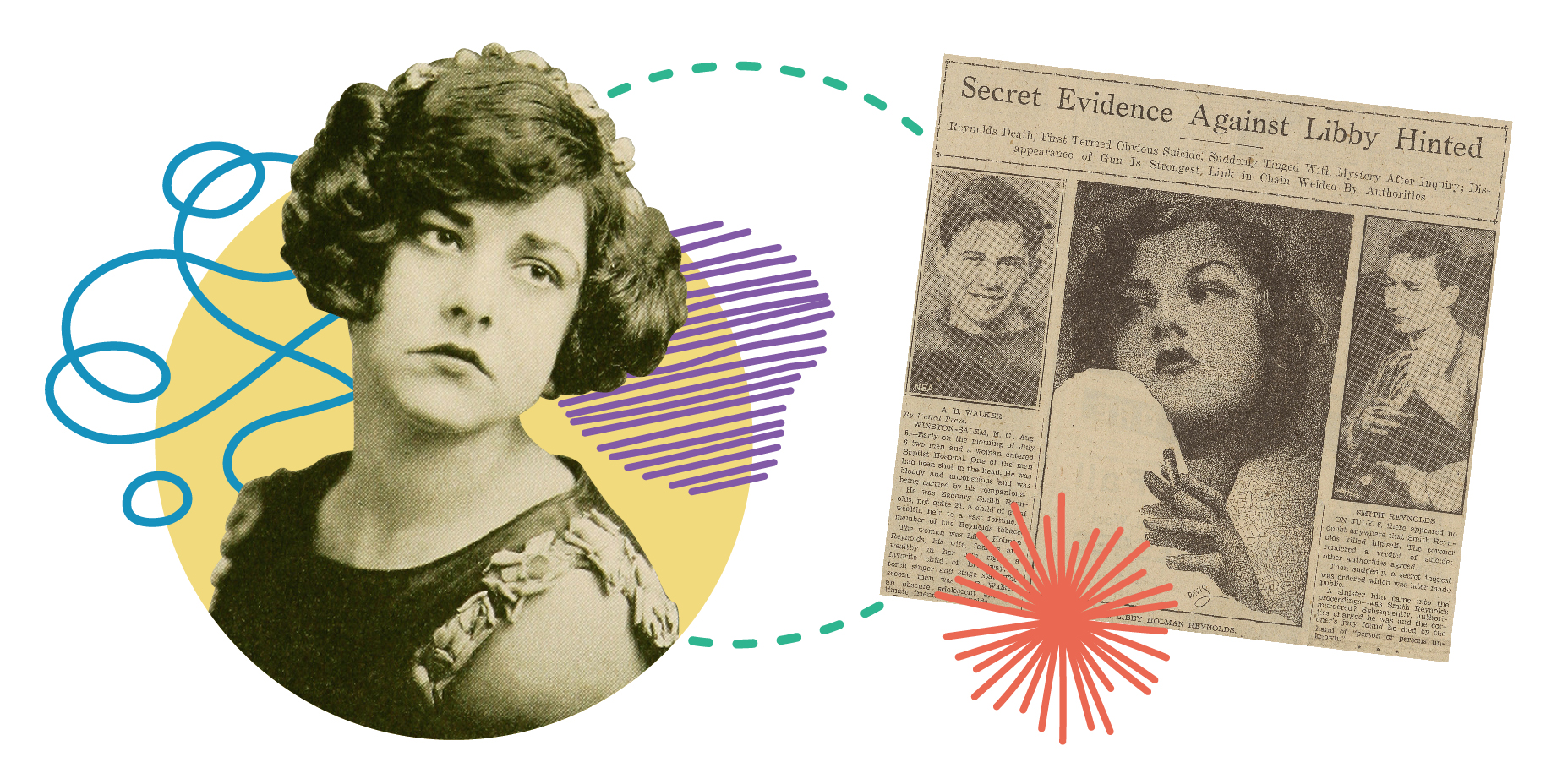 Elizabeth Lloyd Holzmann, commonly known as Libby Holman, was born in Avondale in 1904. She was an actress, singer, activist, and romantic disaster. She also popularized the strapless dress.

She attended Hughes High School and the University of Cincinnati. In college, Holman was known as a theatrical star with no particular singing talent. She had no formal training but after a throat surgery, she discovered a new sliding quality to her voice that would prove her most valuable asset. She went to Broadway and once she started singing, became a star.

Holman was romantically involved with men and women. She had relationships with other actresses such as Tallulah Bankhead and Josephine Baker. Her most significant relationship was with Dupont heiress Louisa d'Andelot Carpenter. They would dress in masculine clothing and frequent speakeasies in New York City, including Black-owned clubs in Harlem. Her social circle was extremely queer—she had many friendships with young gay men.

Holman attracted many fans but Zachary Smith Reynolds proved particularly persistent. He used his aviation skills to follow her on tour via plane, and used his tobacco family fortune to smooth the way for her social group. He repeatedly asked to her to quit her career and marry him, even threatening suicide if she didn't. The couple fought frequently but eventually Reynolds finalized his divorce from his first wife and they married. The couple held frequent parties that scandalized the neighbors.

Several weeks later, after a party in June 1932, Reynolds was dead from a gunshot wound to the head. The accounts were muddled; Holman said she barely remembered that day at all. The death became an instant scandal. While the coroner ruled it a suicide, the local sheriff disagreed and said it should go to trial as a potential murder.

Holman, hounded by the press, fled to Ohio to shelter with her family and get advice from her lawyer father. He acted as go-between with the media and the law. She returned to North Carolina to testify in front of a grand jury to much media attention and crowds. Carpenter paid for Holman's bail and she avoided the press as much as possible.

She was accused of conspiring to kill her husband with the help of his longtime friend Albert Walker. The jury ruled it should go to trial but the Reynolds family wanted to end the scandal and refused to press charges. The family and Reynolds' first wife fought with Holman over the inheritance of her husband's estate for the next two years. Investigations afterward indicate anti-Semitism played a large part in Holman getting blamed for the death, and the specter of potential mob violence was a major reason the judge didn’t want the case to go to trial.

Holman had realized she was pregnant during the investigation and gave birth prematurely due to stress. She moved in with Louisa d'Andelot Carpenter, who adopted a girl to give Holman's son a companion. They remained together for several years. Eventually Holman reemerged into the public eye and went back to New York City. She took formal singing lessons for the first time to develop her range.

After some time on Broadway she started doing shows with Josh White, a Black guitarist nationally famous for his folk singing. They were the first mixed race mixed gender artists to perform, record, and tour together. Holman fought against segregationist venue policies with her star power. They wanted to go abroad and perform for servicemen during World War II but the controversy proved too much. Instead they performed in America at Black servicemen clubs on the east coast.

Holman married Ralph Holmes in 1939 but it didn’t last. They divorced in 1945 and Holmes died of overdose shortly thereafter. She adopted two more sons. Then her eldest died in 1950 in a mountain climbing accident. She was never the same afterward.

Out of the Spotlight

Holman spent most of her time at her mansion, Treetops, in Connecticut. She collaborated with another Black musician, Gerald Cook. They focused on blues, folk songs and spirituals. She continued her activism, funding Martin Luther King Jr and his wife’s trip to India and other causes. She planted daffodils and hosted a yearly festival that donated its proceeds to charity. She still pursued relationships with men and women, including the writer Jane Bowles.

She married a third time in 1960 but friends said it was an unhappy one. Holman had long struggled with depression—she’d lost many of those close to her and was troubled by current political events. She was found asphyxiated in her garage in 1971, which was ruled a suicide.

Holman wanted her property to remain undeveloped after she died. Due to complications it was almost sold, but local support raised the money to buy most of it back and it became part of the surrounding nature reserve. Her mansion and a small area surrounding it is privately owned, preserved the way she'd kept it.

Dreams That Money Can Buy